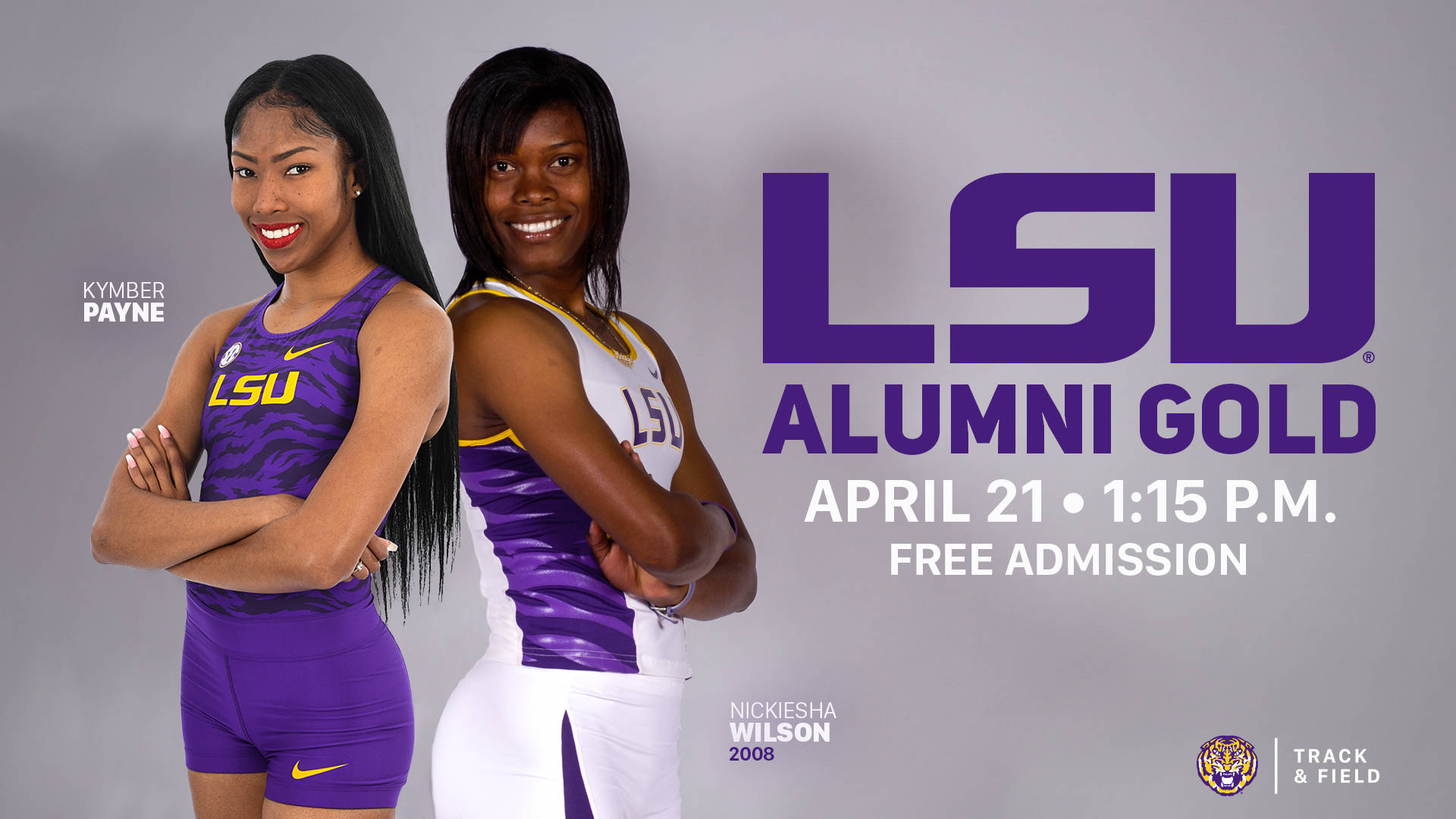 Live results will be available on deltatiming.com. Field events will get started at 9 a.m. along with the B sections of the track events. The A sections of the track events will begin at 1:20 p.m. and continue through until the conclusion of the meet at 4:20 p.m. with the women’s and men’s 4×400 meter relays. | Meet Schedule | Heat Sheets | Fans are encouraged to follow along all the live action from the meet on Twitter @lsutrackfield. As always, admission to the meet is free for fans of all ages.

BATON ROUGE, La. – The LSU track and field program will host the Alumni Gold meet on Saturday at the Bernie Moore Track and Field Stadium. The Tigers will serve as the host to 17 teams from across the Southeast in a meet that will begin at 9 a.m. and finish up at 4:20 p.m.

The annual LSU Alumni Gold meet always brings back the finest former LSU athletes. Numerous Olympians, world champions and world medalists will be in attendance and competing. Fitzroy Dunkley, a 2016 silver medalist in the 4×400 meter relay at the Rio Olympics, will be competing in the 200 meter dash, 2012 Bowerman Award winner Kymberlyn Duncan will be competing in the second section of the 200 meter dash A final, and Michael Cherry, a two-time NCAA champion and 2017 World Championships silver medalist in the 4×400 meter relay, will lace up his spikes to compete in the 400 meter dash.

In addition to those mentioned above, former NCAA champions and All-Americans such as Shermund Allsop, Nethaneel Mitchell-Blake, Jada Martin, Vernon Norwood, Johnnie Jackson, Tinashe Mutanga, Rebekah Wales and more will be in action. Mitchell-Blake earned gold medal honors at the 2017 World Championships as a member of Great Britain’s 4×100 meter relay squad.

This year marks the 10-year anniversary of the 2008 women’s squad that won the 14th NCAA Outdoor title in school history. A group of former Tigers from that team will be on hand to be recognized for their accomplishments. Lauren Saucier Buck, Andrea Linton Carter, Kathryn Coleman, Lindsay Day Demouy, Anna Lyons Hitt, Jessica Ohanaja, LaTavia Thomas, Kenyanna Wilson and Amanda Harmata Woosley are scheduled to be present.

Kelly Ann Baptiste was an instrumental cog in the title run by the Tigers. She became the fifth Lady Tiger to win a 100 meter dash national title when she clocked a time of 11.20 second in the finals for gold. She scored a team high 19 points at the meet adding in a fourth-place finish in the 200 meter dash and she helped the 4×100 meter and 4×400 meter relays score points as well.

In the third U.S. Track & Field and Cross Country Coaches Association weekly rankings for the outdoor slate, the LSU women moved up three spots from Week 2 to the No. 2 spot in the nation off the heels of Ersula Farrow‘s 800 meter run performance at the Hurricane Collegiate Invitational. Farrow and Kayla Johnson of Miami, two of the top three 800 meter runners in America based on time, dueled it out in fine fashion. Farrow garnered silver in the race with a career-best readout of 2:03.66 to register the nation’s third-fastest time. The men’s squad stayed put in the rankings at the No. 10 spot for the second-straight week.