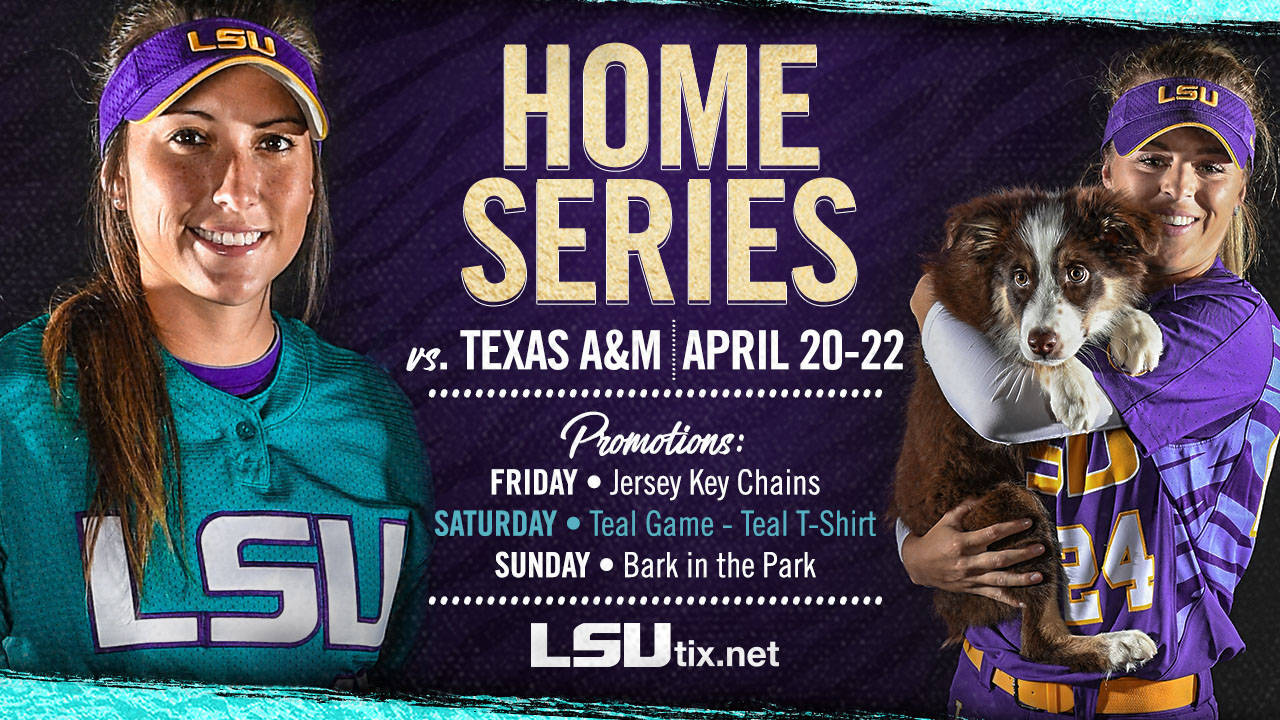 BATON ROUGE – The 15th-ranked LSU softball team continues its five-game homestand with a three-game series versus No. 9 Texas A&M Friday-Sunday at Tiger Park in Baton Rouge.

In one of the biggest weekends of the year, LSU will don teal uniforms on Saturday and participate in the “Strikeout Ovarian Cancer” game, which raises awareness for ovarian and other GYN cancers. Earlier that day on Saturday morning will be the Geaux Teal Ovarian Cancer Walk that begins and ends at Tiger Park.

Friday and Saturday’s games will stream online through SEC Network+ and the WatchESPN app with Lyn Rollins and Yvette Girouard on the call. Sunday’s contest will air on SEC Network with Pam Ward and Carol Bruggeman on the call. Live stats will also be available at LSUStats.com.

Series Records
The Tigers lead the all-time series over Texas A&M, 10-6. The last time the Tigers won the series against Texas A&M was in the 2015 season.

Torina’s Thoughts
On Geaux Teal…
“It’s an unbelievable event. The committee has worked so hard to bring this event to where it is today. We have record-setting numbers and it’s an amazing event. I am just glad that I can be a part of it.”

On Texas A&M…
“It’s going to be a tough series. They have a great offense and a veteran team. They have played together for a long time and they put a lot of looks on the mound. We have our work cut out for us.”

About the Tigers
LSU goes into the weekend with a 33-10 overall record and a 7-7 mark in the SEC. The Tigers sit in eight place in the league and are coming off a dominant 8-0 run-rule win over Northwestern State on Tuesday. Aliyah Andrews is leading the team at the plate with a .349 batting average. In the circle, the Tigers rank eighth in the country in earned run average at 1.25, which is also ranked fourth in the league. Allie Walljasper leads the staff with a 0.90 ERA. Carley Hoover owns a 14-5 record and leads the team in strikeouts with 159 in 123 innings of work.

What’s On Deck
Following the SEC series with Texas A&M, the Tigers will wrap up non-conference action Tuesday, April 24 against South Alabama at Tiger Park in Baton Rouge.