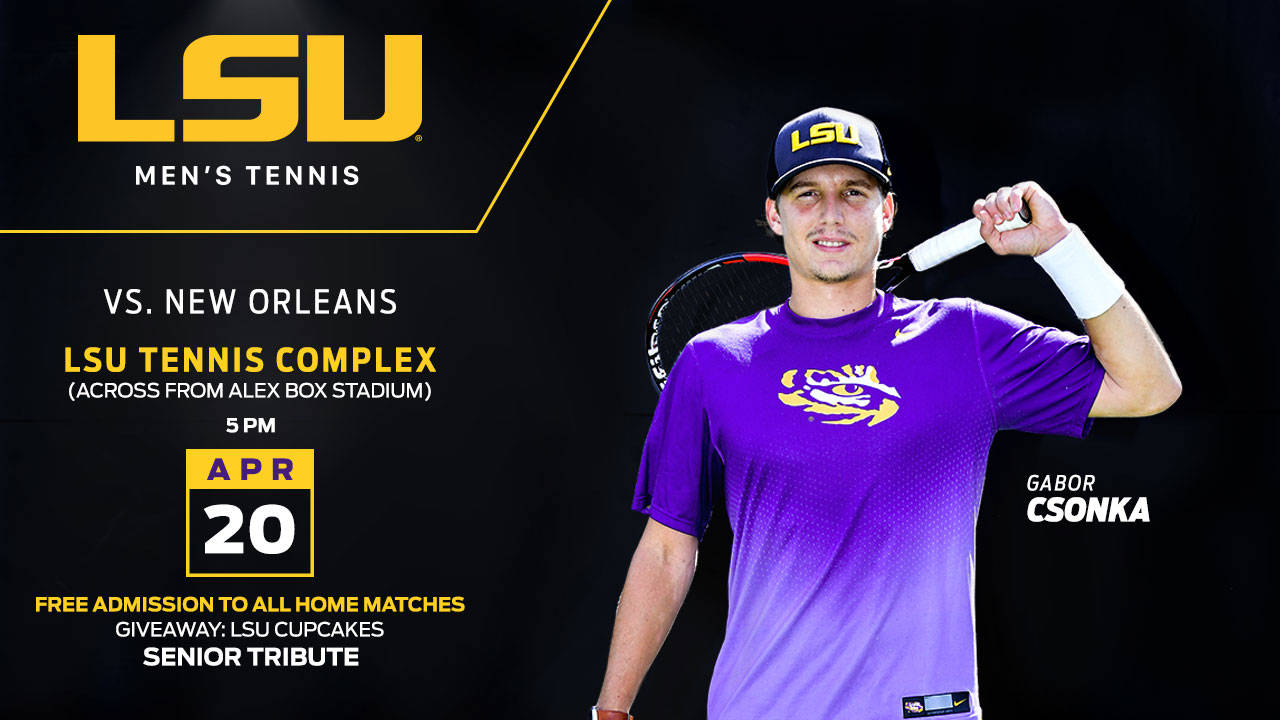 BATON ROUGE – The LSU men’s tennis team will conclude the regular season with a match against the University of New Orleans at 5 p.m. CT Friday at the LSU Tennis Complex.

There will be a Senior Tribute prior to Friday’s match to honor the Tigers’ lone senior Gabor Csonka. LSU cupcakes will also be at the tennis facility during the match. Admission is free, and the LSU Tennis Complex is located across the street from Alex Box Stadium, Skip Bertman Field on Gourrier Avenue.

Thoughts from Co-Head Coach Andy Brandi
“This will be a great opportunity to face a good team and fine tune things for the SEC Tournament,” co-head coach Andy Brandi said.

The Matchup
LSU is 29-0 all-time against UNO. Last season, the Tigers took a 4-0 win from the Privateers in the final home contest of the season. Nikola Samardzic earned a singles win in the contest on court four.

Tiger Tidbits
LSU is 9-15 on the season and is coming off of a 1-1 weekend after the Tigers defeated Auburn 4-3, and fell to Mississippi State, 6-0.

Samardzic clinched the match against Auburn, and his court three victory marked his first SEC win of the season. Csonka and Rafael Wagner each have nine wins in the dual season, and Shane Monroe has six wins on court one. The junior also has taken wins against two ranked opponents on the top court and sits at No. 78 in the ITA singles rankings.

Wagner and Agie Moreno are No. 89 in the doubles poll and have compiled seven wins in the dual season, two against national ranked opponents.

Monroe and Stewart Block lead the doubles teams with 10 wins on court three.

Notes on the Privateers
Last time out, the Privateers fell to Troy, 4-1. UNO sits at 4-12 overall. Nicolas Kramer is on a three-match win streak. He and Alexis Guedy have seven singles wins apiece.