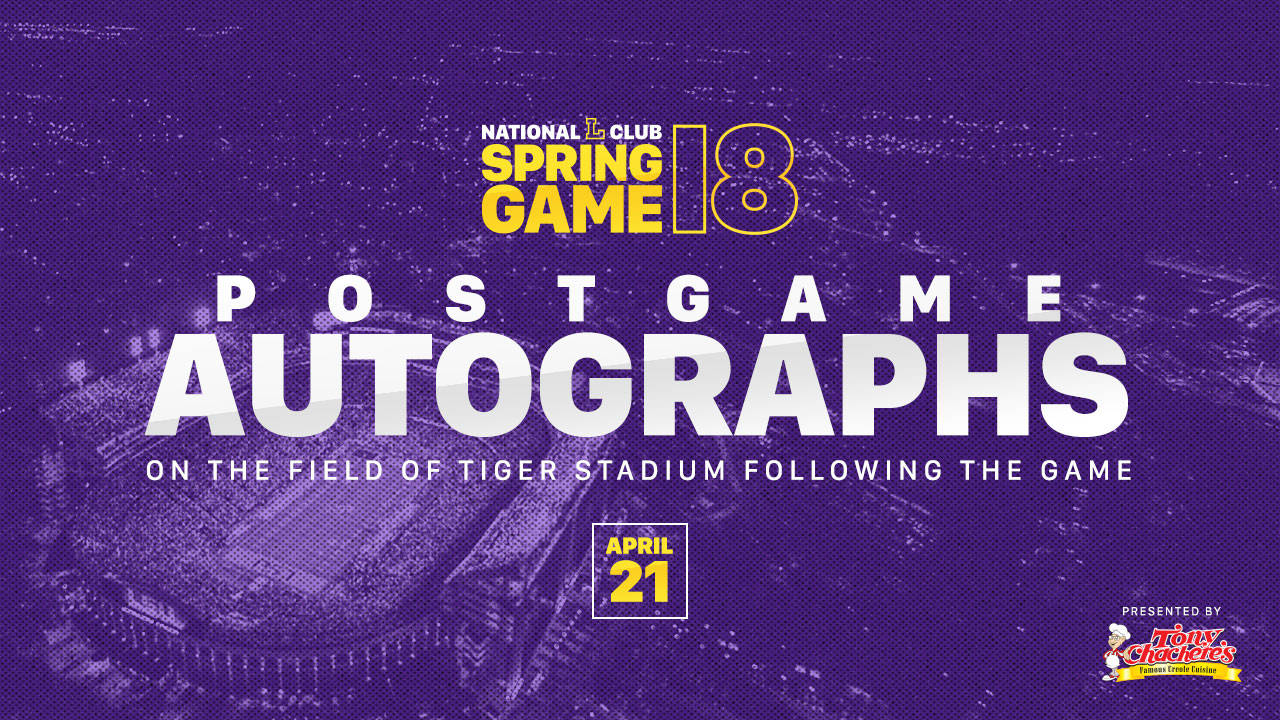 BATON ROUGE – Fans will get a unique opportunity on Saturday following the National L Club Spring Game when they will be invited onto the field of Tiger Stadium for an autograph session with LSU players, head coach Ed Oregon and the coaching staff.

Kickoff for the spring game is set for 5 p.m. and admission to the game is free. The post-game autograph session will conclude a fun-filled day for LSU fans, which starts with a pre-game block party on North Stadium Drive beginning at 1 p.m.

As for the autograph session, fans will be welcomed to the field once the game is over where they will be able to not only get autographs from the players and coaches, but will also be able to take pictures and soak in the unique opportunity of being on the grass of Tiger Stadium.

There will be a cooling off period following the game in order to allow the players to hydrate and change clothes before the autograph session starts. Fans will be allowed on the field during this cooling off period, which is expected to last about 20 minutes.

It’s believed to be the first time that LSU fans have been invited on the field following the spring game to take part in an autograph session with the team.

Fans are reminded that there will be a two item autograph limit.

Players and coaches will be grouped by position and they will be located on the perimeter of the field. The following is a list of where the positions groups will be located in Tiger Stadium:

Additional details on the LSU National L Club Spring Game presented by Tony Chachere’s can be found at www.LSUsports.net/springgame.