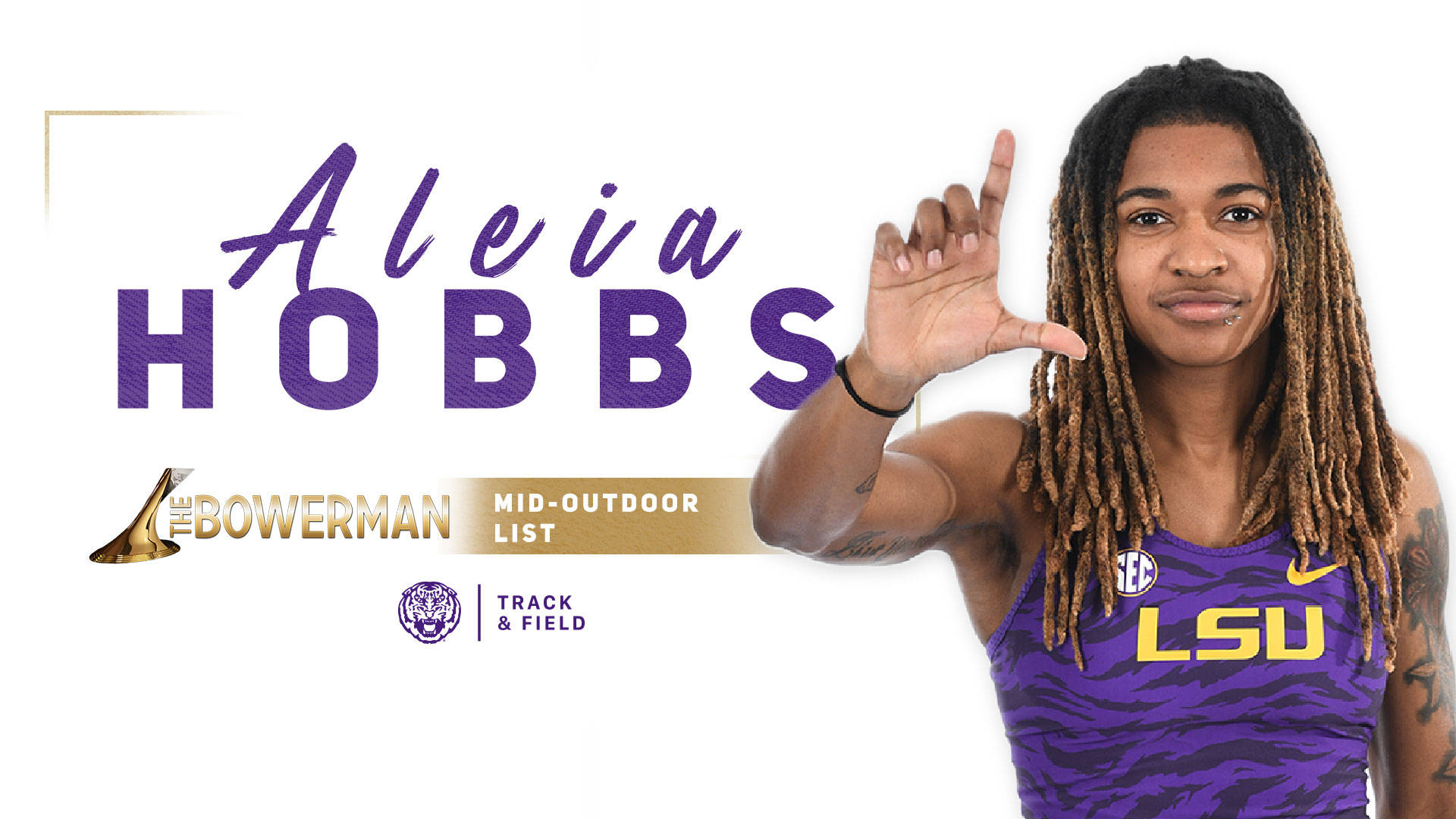 BATON ROUGE, La. – The U.S. Track & Field and Cross Country Coaches Association announced that Aleia Hobbs was one of 10 athletes to be named to the Mid-Outdoor Bowerman Watch List on Wednesday afternoon.

Making her debut on the Bowerman Watch List in March after her 60 meter national title, Hobbs has done nothing but continue her excellent work on the track during the outdoor season to earn her second-career appearance on the list that is comprised of the top female collegiate track and field athletes in the country.

Thus far during outdoors, Hobbs most impressive performance is arguably running a wind-aided 10.86 at the Texas Relays to sit atop the NCAA Division I Descending Order List in the event. The 10.86 in the 100 meter dash is a wind-aided collegiate record.

A native of New Orleans, Hobbs has also helped LSU’s 4×100 meter relay team clock the six fastest times in the NCAA this year; the 4×1’s season best of 42.50 currently ranks as the second-fastest in the world in 2018. Most recently, Hobbs ran her first-career collegiate 200-meter dash race at the Hurricane Collegiate Invitational in Coral Gables, Fla., and clocked a time of 22.93 to garner bronze.

Hobbs along with her teammates will be in action this Saturday (April 21) as they host the LSU Alumni Gold at the Bernie Moore Track and Field Stadium.