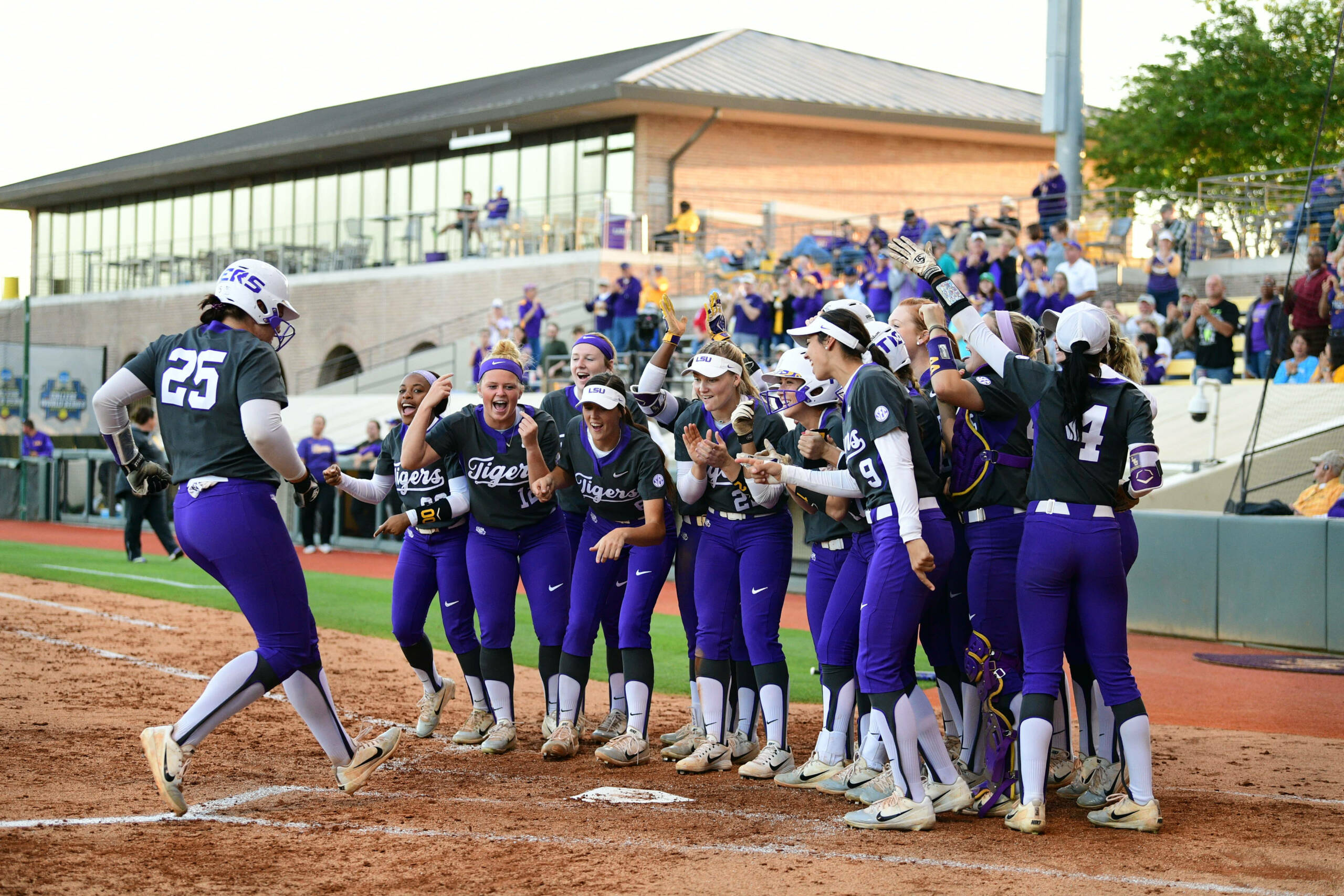 BATON ROUGE – The 15th-ranked LSU softball team saw the ball well Tuesday night, run-ruling Northwestern St., 8-0 in five innings in Tiger Park. With the win, the Tigers improve to 33-10 on the year while the Lady Demons fall to 24-16.

LSU got on the board early after an RBI-single over the shortstop’s head by Amanda Doyle, scoring Taryn Antoine from second and giving the Tigers a 1-0 lead.

Senior Allie Walljasper was sensational in both the circle and at the plate. In the bottom of the fourth inning, she hit her second career grand slam over the left field wall to score Shemiah Sanchez, Claire Weinberger, and Amber Serrett, extending the Tigers’ lead to 5-0.

Emily Griggs, Elyse Thornhill, and Doyle all drove in runs to eventually give the Tigers the 8-0, run-rule win in five innings.

Walljasper earned her 12th win of the season, pitching four and two-thirds innings and striking out three. Freshman Shelbi Sunseri came in relief to get the final out for the Tigers.

Torina’s Thoughts
Opening statement…
“It was nice to get back on the positive side after a rough weekend. We were able to get our confidence back at the plate and come out swinging big. It was fun to see this game and see Allie Walljasper have a great day. She’s a great person.”

On Walljasper’s grand slam…
“She had a big moment for us. I thought I should give her a shot tonight. It turned out to be a good decision, because she had such a great day.”

Allie Walljasper
On hitting a grand slam…
“I just saw the ball and swung. We’ve been working really hard on the little things, especially our swings. I just trusted the process and trusted Coach (Howard) Dobson and what he wanted me to do.”

>> Walljasper and Sunseri combined for the shutout, the second combined shutout for Sunseri and the first for Walljasper.

>> With the win, LSU extends their series lead over the Lady Demons to 28-0.

>> Walljasper’s grand slam was the second of her career and her second home run of the year. Her previous grand slam was against Cal State Fullerton on February 19, 2015.

>> It is the second grand slam of the season for the Tigers as a team, and the 43rd in LSU softball history. Sydney Springfield hit a grand slam against FAU on March 4.

>> Antoine set a career-high in walks in a game with three. It is the third time an LSU batter has accomplished that feat this season.

Next up, LSU will take on the Texas A&M Aggies on Friday, April 20th at 6 p.m. CT. The game will be broadcast online on the SEC Network+.