LSU Travels to Tulane; Broussard Back in Lineup 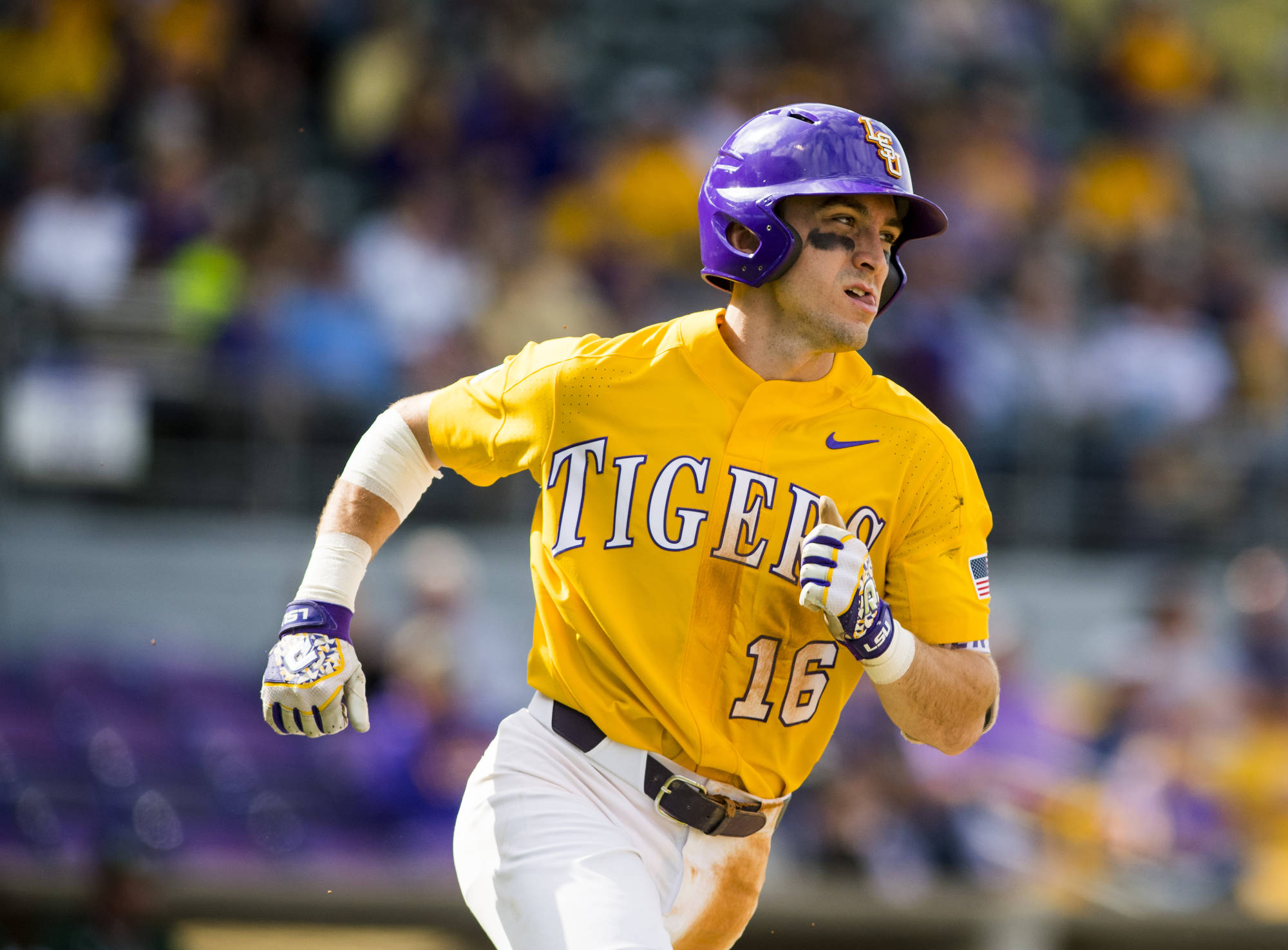 RANKINGS
LSU – No.18 by Baseball America; No. 18 by Collegiate Baseball
Tulane – unranked

ONLINE
Tulane All-Access Video – The game will be available to watch online here at http://tulanegreenwave.com/watch/?Live=311
Subscription is required, and there is an option for a 24 hour pass for a one-time fee of $6.95.

SERIES RECORD
LSU leads Tulane, 181-130-3, in a series that began with the first intercollegiate athletic event in LSU history, a 10-8 victory for the Tiger baseball squad over Tulane in 1893. LSU won nine of 10 meetings with the Green Wave from 2011-15, but Tulane has won four of the last five games in the series over the past three seasons. LSU ended Tulane’s four-game win streak in the series earlier this season with a 10-4 victory over the Green Wave in Baton Rouge on March 21. Paul Mainieri has a 14-9 mark against Tulane in his 12-season coaching tenure at LSU.

QUOTING PAUL MAINIERI
“If we’re seriously going to be a contender for a regional host site and a national seed, we have to start winning games on the road. It all starts Wednesday at Tulane, and that’s going to be a tough ball game. Tulane is playing much better now than they were when we met them earlier this year. They’re going to play with a lot of confidence, and it’s going to be a significant challenge. When you need wins at this time of the year, it takes some extraordinary performances to get the job done, and hopefully we’ve got guys who will step up and do extraordinary things. ”

ABOUT THE TIGERS
• The Tigers are No. 18 in both this week’s Baseball America and Collegiate Baseball polls, marking the 124th consecutive week the Tigers have appeared in a Top 25 poll … LSU has been ranked every week since the beginning of the 2012 season.
• LSU is 9-6 in the SEC after last weekend’s series sweep over Tennessee, and the Tigers are one game out of first place in the Western Division behind Arkansas.
• Junior second baseman Brandt Broussard is scheduled to return to the LSU starting lineup on Wednesday night after missing 13 games with a broken thumb … Broussard has the highest batting average on the LSU squad, as he is hitting .363 (29-for-80) with three doubles, one triple, 16 RBI, 12 runs and nine stolen bases in 10 attempts.
• Freshman right-hander AJ Labas will make his second appearance against Tulane this season when he starts Wednesday’s game on the mound … Labas worked the second through fifth innings on March 21 against the Green Wave, allowing four runs on six hits in four innings with one walk and two strikeouts … Labas, however, was credited with the win in a 10-4 LSU victory.
• Senior second baseman/right-handed pitcher Austin Bain led LSU to a 4-0 record last week, earning SEC Co-Player of the Week recognition … he batted .500 (9-for-18) with two doubles, two runs and eight RBI … Bain also earned a save in LSU’s 2-0 win over Louisiana Tech last Tuesday night … in LSU’s three-game SEC weekend sweep over Tennessee, Bain hit .533 (8-for-15) with two doubles, two runs and eight RBI … he was a catalyst in the Tigers’ thrilling comeback win over Tennessee on Sunday, providing a two-run double in the bottom of the ninth inning to draw LSU within one run and set the stage for the game-winning hit two batters later … in Friday night’s win over the Vols, Bain produced career-bests of four hits and three RBI.
• LSU coach Paul Mainieri has 1,400 wins in 36 seasons as a collegiate head coach, and he has become just the fourth active NCAA Division I coach to reach 1,400 career wins … Mainieri is also just the 13th coach in the all-time history of NCAA baseball to reach 1,400 wins, and the 10th all-time in Division I only … Mainieri’s 36-season career record currently stands at 1,400-707-8 (.664), and his record at LSU in 12 seasons is 536-215-3 (.713).

ABOUT THE GREEN WAVE
• Tulane is hitting .257 as a team this season with 76 doubles, four triples, 17 home runs and 35 steals in 43 attempts … the Green Wave pitching staff has a 5.51 ERA with 248 strikeouts in 320.1 innings.
• The Green Wave’s leading hitter is junior outfielder Grant Witherspoon, who is batting .321 with 13 doubles, one triple, four homers, 23 RBI, 23 runs and 10 stolen bases … sophomore infielder Jonathon Artigues is batting .292 with 10 doubles, one triple, one homer and 19 RBI, while sophomore infielder Kody Hoese is hitting .285 with six doubles, two triples, two homers and 21 RBI.
• Tulane jumped out to a 4-0 lead over LSU in the top of the third inning when the teams met in Baton Rouge on March 21, but the Tigers rebounded for a 10-4 victory. The Green Wave posted an American Athletic Conference series win over Houston last weekend, including a 17-16 Game 1 win in which Tulane trailed 16-8 entering the eighth inning. The Wave scored four runs in the bottom of the eighth and five runs in the bottom of the ninth to secure the dramatic victory.