Tigers in Second Place After 36 Holes 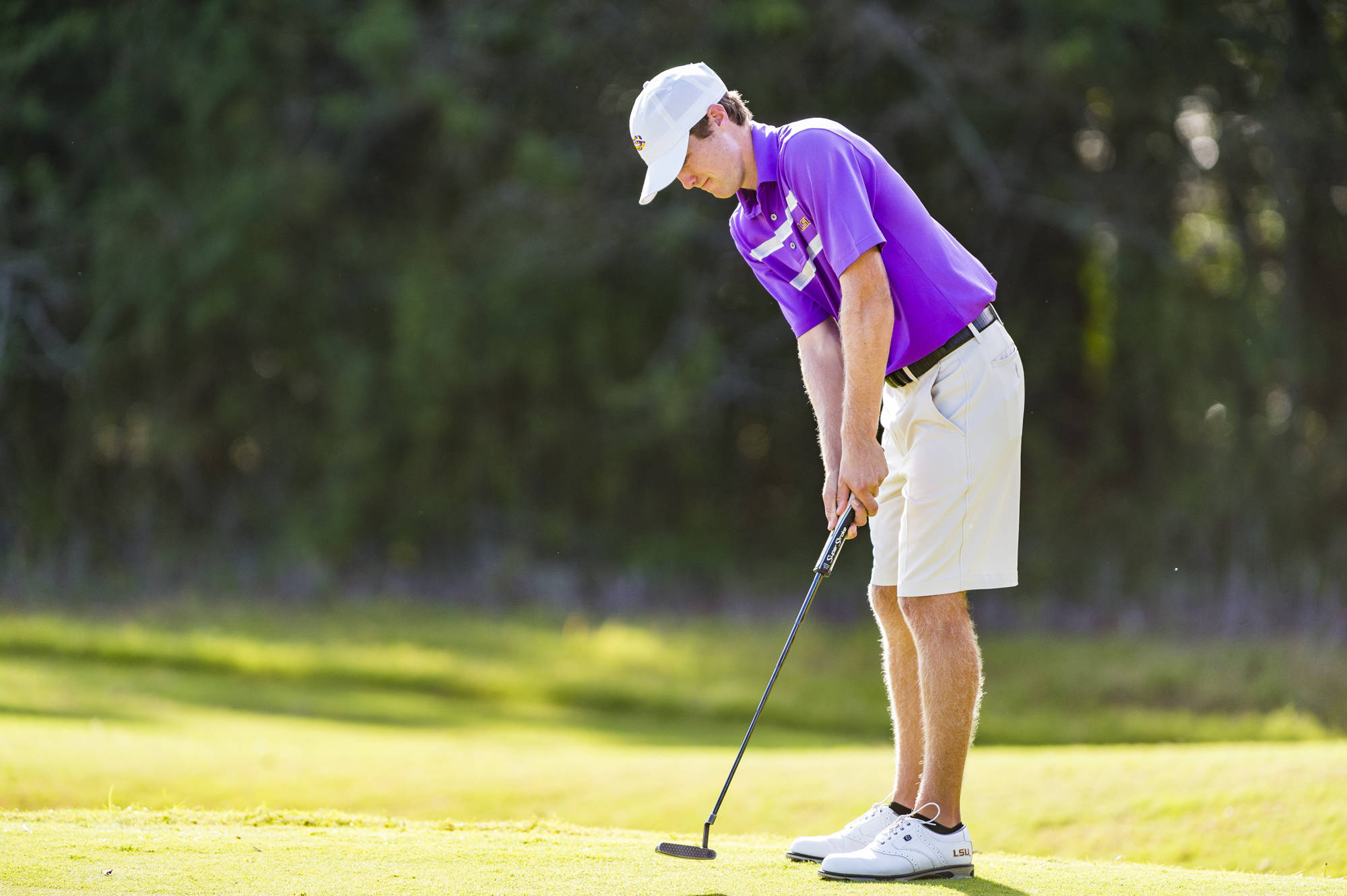 The Tigers relied heavily on the play of Luis Gagne, Nathan Jeansonne and Trey Winstead, all three of whom are in the top 10 after the first day of competition. Ole Miss leads the tournament with a 3-under par 573.

After firing a first round score of even par (72), Gagne lit up the Old Waverly Golf Club to the tune of five birdies during his second round to shoot a 3-under par 69 that propelled himself 10 spots into a tie for second place with a 3-under par 141. Gagne leads the field in par 3 scoring with a cumulative score of 2-under par (2.75 avg.) on the eight par 3s he played on Monday.

Jeansonne used back-to-back rounds of 1-under par 71s to finish the day at 2-under par (142) which has him in a tie for fifth place. The Keithville, La., native used steady play all day long registering 28 pars while rolling in five birdies.

Winstead carded the second-best opening round of the tournament with a 2-under 70 that featured four birdies, 12 pars and two bogeys. After starting the second round with two rough holes, Winstead steadied his play and finished the final 16 holes with 14 pars in addition to one birdie and one par apiece; he is tied for eighth place at 3-over par 145 (70-75).

The third and final round will begin at 8 a.m. CST at the Old Waverly Golf Club on Tuesday. The Tigers will be paired with Ole Miss and South Florida as the first groups off the tee box. Fans can follow live results of the tournament at golfstat.com.