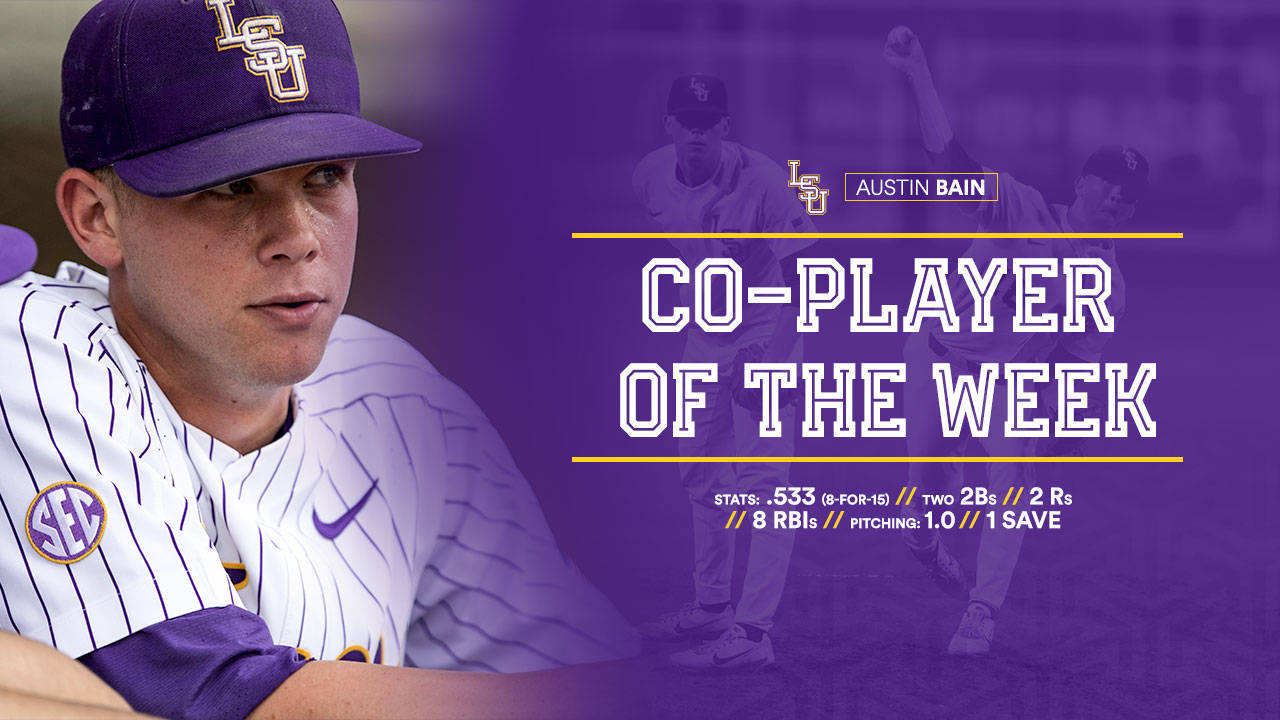 Bain, a product of Geismar, La., led LSU to a 4-0 record last week, batting .500 (9-for-18) with two doubles, two runs and eight RBI. He also earned a save in LSU’s 2-0 win over Louisiana Tech on Tuesday night, firing a perfect ninth inning to preserve the victory.

In LSU’s three-game SEC weekend sweep over Tennessee, Bain hit .533 (8-for-15) with two doubles, two runs and eight RBI. He was a catalyst in the Tigers’ thrilling comeback win over Tennessee on Sunday, providing a two-run double in the bottom of the ninth inning to draw LSU within one run and set the stage for the game-winning hit two batters later.