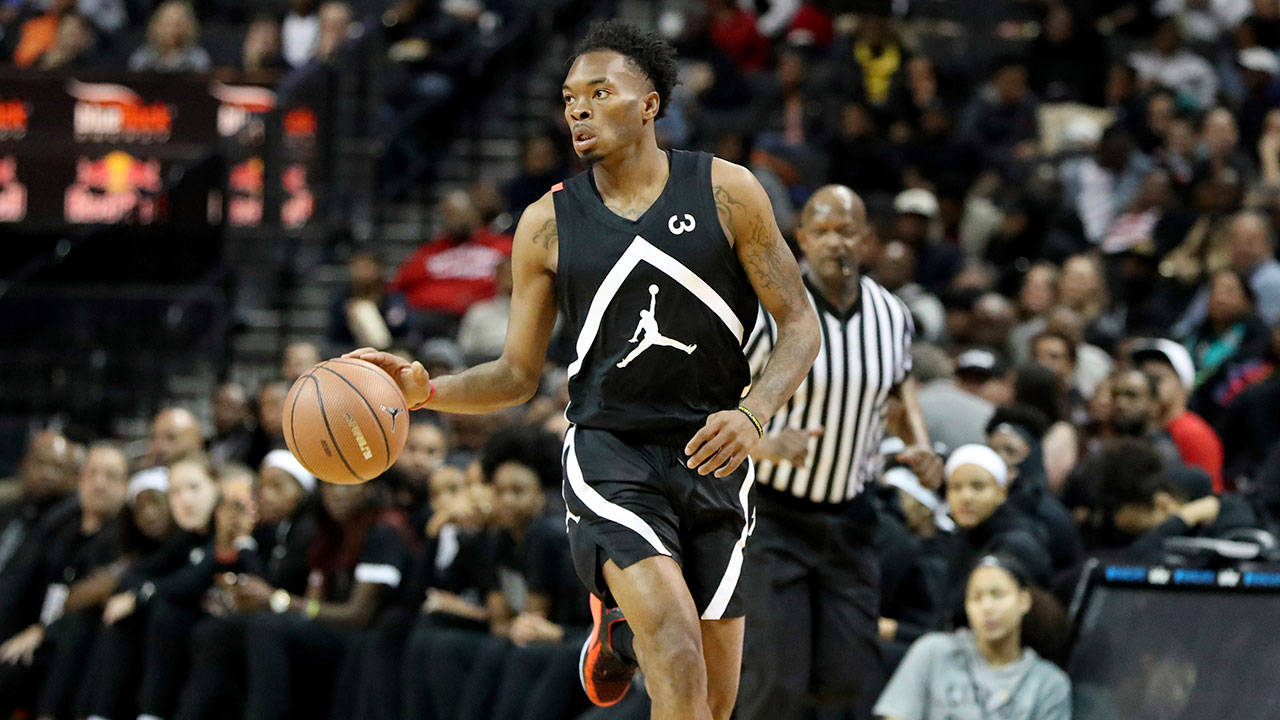 Written By Robin Fambrough for the LSWA

BATON ROUGE — Where Ja’Vonte Smart ranks on the all-time list of high school boys basketball players in Baton Rouge and Louisiana may be debate for years to come.

Smart’s four-year career at Scotlandville provided plenty to talk about. The 6-foot-4 LSU signee won three LHSAA titles with the Hornets, was a three-time Outstanding Player in Class 5A and won the Louisiana Gatorade Player of the Year award three times.

Smart averaged 32.9 points, 10.6 rebounds and 6.1 assists per game and took on new roles for Scotlandville as a senior. He was the Hornets’ top scorer and as the tallest starter played in the post position at times instead of his traditional point guard role.

“I get a little emotional when I talk about him,” Scotlandville coach Carlos Sample said. “Watching Ja’Vonte grow not only as a player, but also from a young guy into a man has been special. He came here with goals he wanted to achieve and did those things. He has meant so much to this school and the program.”

Smart scored 3,306 career points and averaged 23.3 points a game while leading the Hornets to Division I select titles the past two years and a 5A title as a freshman in 2015. He had 56 career double-doubles and 15 triple doubles.

Meeting NBA legend Kobe Bryant at a basketball showcase several years ago was a life-changing event for Smart and accounts for the work ethic.

“He (Bryant) talked about focusing on the things you’re not good at, and that made a lot of sense to me,” Smart said. “Some guys practice the things they can do over and over. You eliminate weaknesses.”

Smart will be the eighth Mr. Basketball from Louisiana to attend LSU since the award started in 1996.