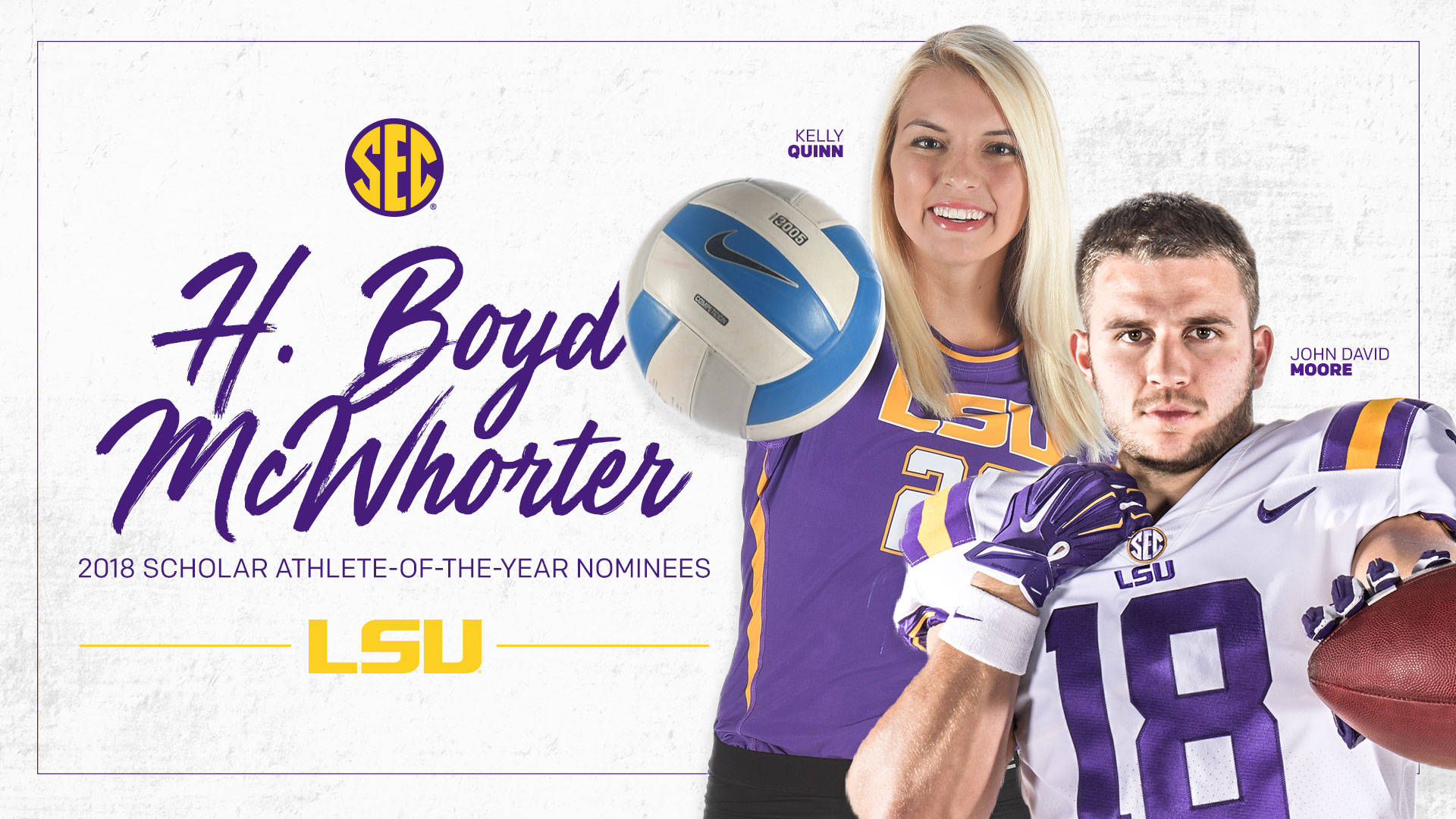 BATON ROUGE — John David Moore of the LSU football team and Kelly Quinn of the Tiger volleyball team have been nominated for the H. Boyd McWhorter Scholar-Athlete Post-Graduate Scholarship by LSU.

The Southeastern Conference will name the 2018 recipients of the H. Boyd McWhorter Scholar-Athlete Post-Graduate Scholarship on April 26.

Highlights of LSU’s nominees include:

The award recipients are chosen by a committee of Faculty Athletics Representatives from the 14 SEC institutions and are honored at the SEC Spring Meetings in Sandestin, Fla., in early June.