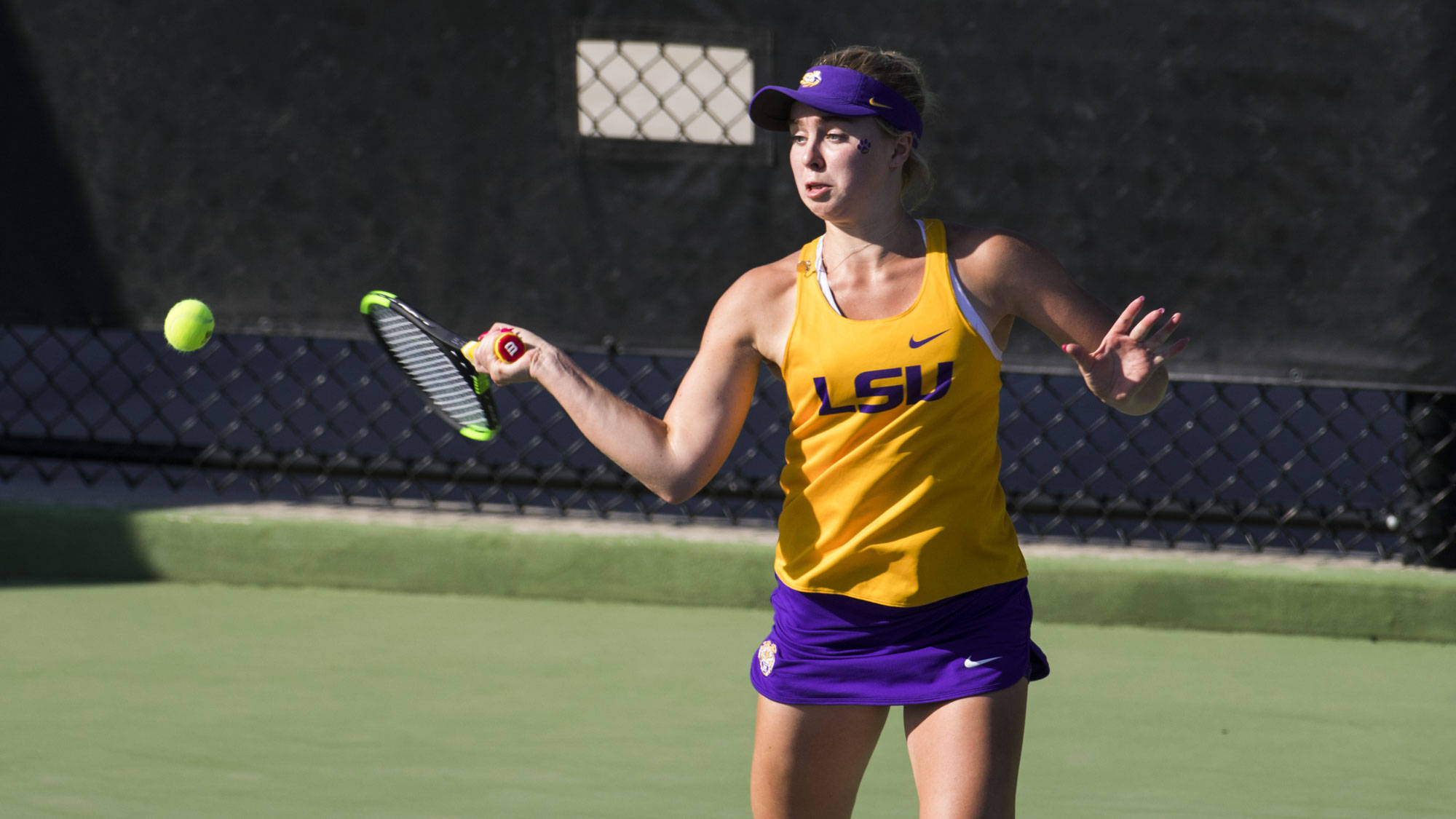 AUBURN, Ala. — Freshman Eden Richardson registered her team-leading 26th singles victory of the season as the No. 39 LSU women’s tennis team fell to No. 20 Auburn by a score of 4-2 at the Yarbrough Tennis Center Sunday.

For the second consecutive match, LSU took the doubles point against their opponent and gained an early 1-0 lead. The No. 41 pairing of Jessica Golovin and Richardson blew past Alizee Michaud and Taylor Russo on court one, 6-2, for their team-leading 12th doubles win of the dual season. In their first time playing together this season, Kennan Johnson and Luba Vasilyuk teamed up on court two to defeat Andie Dikosavljevic and Alannah Griffin in a tense 7-5 battle, clinching the early lead for LSU heading into singles competition.

In a battle between two of the top freshmen in the SEC, LSU’s Richardson (26-4) defeated Auburn’s Jaeda Daniel (24-12) on court one, 6-4, 6-2, drawing LSU to within 3-2 of Auburn. The win over Daniel moved Richardson’s win streak to an incredible 14 straight matches and marked her first career victory on court one. The win over Daniel, ranked No. 47 in the country, was also the second-highest-ranked win of Richardson’s career behind her 6-4, 6-3 victory over North Carolina’s No. 43 Alexa Graham back in September.

Down by one point, the match would come down to LSU’s juniors on courts two and three. Golovin and Johnson each dropped their first sets before fighting back to win their second sets, carrying that momentum over to generate early leads in their third sets. Down 5-4 in the third, Johnson tied things up at 5-5 before Auburn’s Madeline Meredith ultimately clinched the match, taking the third set 7-5. Golovin’s match went unfinished at 4-3 in the third set.

With the regular season now concluded, the Tigers will await their seeding for the SEC Tournament beginning Wednesday, April 18 in Knoxville, Tennessee.