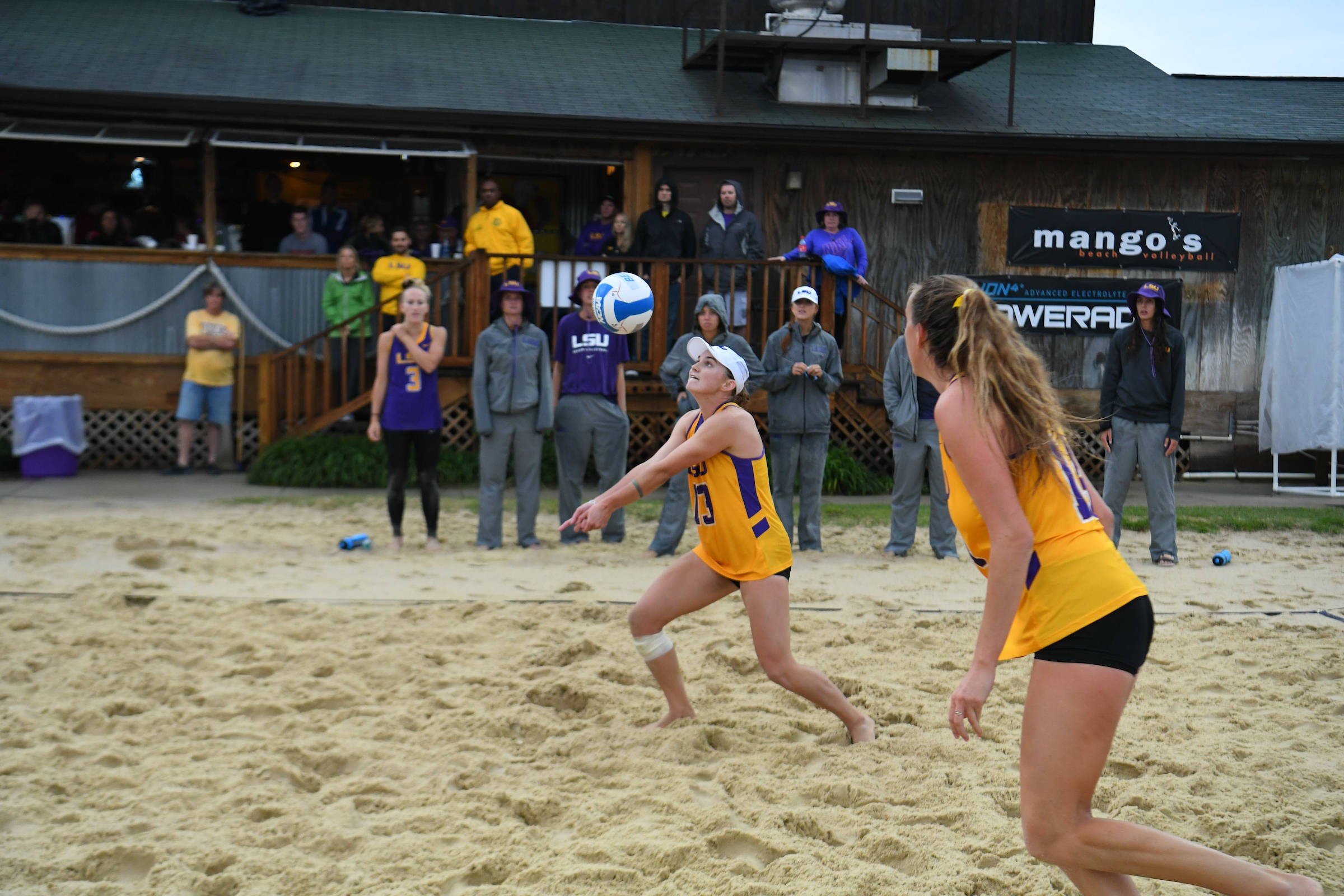 BATON ROUGE – Battling rain and lightning all day, the LSU beach volleyball team extended it win-streak to 14 matches, defeating TCU and 11th-ranked Georgia State at the Battle on the Bayou at Mango’s Beach Club in Baton Rouge.

“Everywhere we have gone this year, we have played in bad weather and I think that prepared us,” said coach Russell Brock. “This is probably the toughest it has been. The opponents both were fantastic. To be in those conditions and come out with two substantial wins, says a lot about where we are right now at this point in the season.”

The first match of the day against TCU was about to get underway when a bolt of lightning struck, putting the match on hold for 30 minutes. After the delay, the Tigers and Horned Frogs squared off.

The Court 2 duo of Haleigh Nelson and Mandi Orellana earned worked efficiently, controlling a straight-set win, 21-15 and 21-14. Olivia Powers and Hunter Domanksi took the first set, 21-9, on Court 3 before falling in set two, 21-19. The LSU duo clinched the Tigers’ 13th straight win after going extra points in the third set, 19-17.

After falling in the first set, 21-18, on Court 1, Claire Coppola and Kristen Nuss clawed their way to another victory. The duo took set two, 22-20 before winning in the deciding set, 15-13, to give LSU the 4-1 victory over TCU.

Riley and Young bounced back from their loss against TCU with a straight-set win on Court 5 against Georgia State, 21-17 and 21-15.

On Court 3, Powers and Domanski got a straight-set victory for themselves winning 21-14 and 22-20, clinching the match for the Tigers.

“We need to come out her and play well tomorrow,” said Brock. “It is our senior day and we plan to honor them by how we play against a couple really good opponents.”