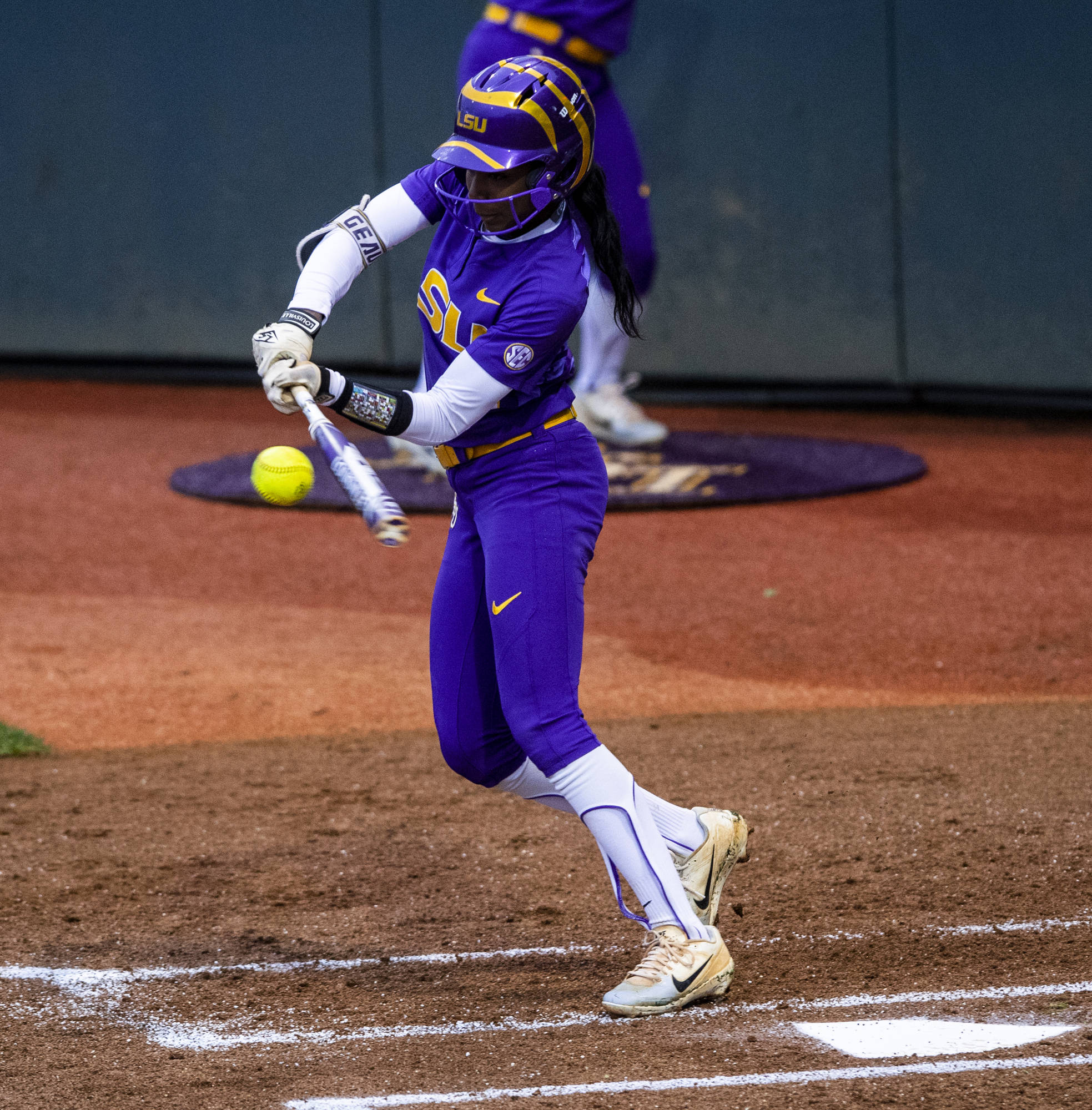 KNOXVILLE, Tenn. – The 14th-ranked LSU softball dropped both games to Tennessee on Saturday at Sherri Parker Lee Stadium by scores of 4-2 and 6-4. The Tigers are now 32-10 on the year and 7-7 in the SEC. Tennessee improves to 37-6 overall and 8-7 in conference play.

Game One
Tennessee got on the board in the first inning off a passed ball by the Tigers. A second passed ball in the third also allowed Tennessee to score, giving them a 2-0 lead after three innings.

LSU got on the board in the fifth inning, cutting the Tennessee lead to 2-1. Elyse Thornhill came in to pinch hit to lead off the inning. She reached on a fielding error by Tennessee and advanced to third on a sacrifice bunt by Becca Schulte. Freshman Taryn Antoine drove in Thornhill with a double down the left field line, giving the Tigers their first run of the game.

Another run for Tennessee came across in the sixth inning, off a single to center, scoring the runner from second.

The Tigers answered in the top of the seventh with a run. Emily Griggs singled to left field, scoring Becca Schulte. The run was enough as a fly out ended the game.

Carley Hoover was stellar in the circle, striking out 13. She gave up three runs, one earned, off three hits and walked three. With the loss, Hoover drops to 14-4 on the year.

Game Two
In game two, the Tigers had a 4-3 lead going into the bottom of the seventh, but a couple of miscues allowed Tennessee to tie the game up at 4-4. Tennessee ended the game on a two-run home run off starter Hoover.

For the first time in the series, LSU got on the board first, scoring in the first inning. Aliyah Andrews scored on Emily Griggs‘ sacrifice fly, giving the Tigers a 1-0 lead.

Another run came across in the third off a Shemiah Sanchez single to left, scoring Antoine and extending the Tigers’s lead to 2-0.

Tennessee answered with two runs off a two-out double. The Tigers answered with a run to take a 3-2 lead, but Tennessee responded and tied the game up at 3-3.

The fourth run for the Tigers came across in the sixth off Antoine’s sacrifice fly, scoring Schulte.

Hoover took the loss in the circle, falling to 14-5 on the year. She allowed six runs off nine hits, while striking out five and walking two.

Notes
>> Aliyah Andrews led the Tigers on the day, going 4-for-7 at the plate with a run scored. Antoien, Schulte, Griggs and Sanchez all had two hits. Antoine and Griggs each had two RBI.

Next Up
The Tigers will return home for a five-game home stand in Tiger Park. Next up, the Tigers will face Northwestern State, Tuesday, April 17 at 6 p.m. CT.