Men's Tennis to Conclude SEC Play Against No. 7 MSU 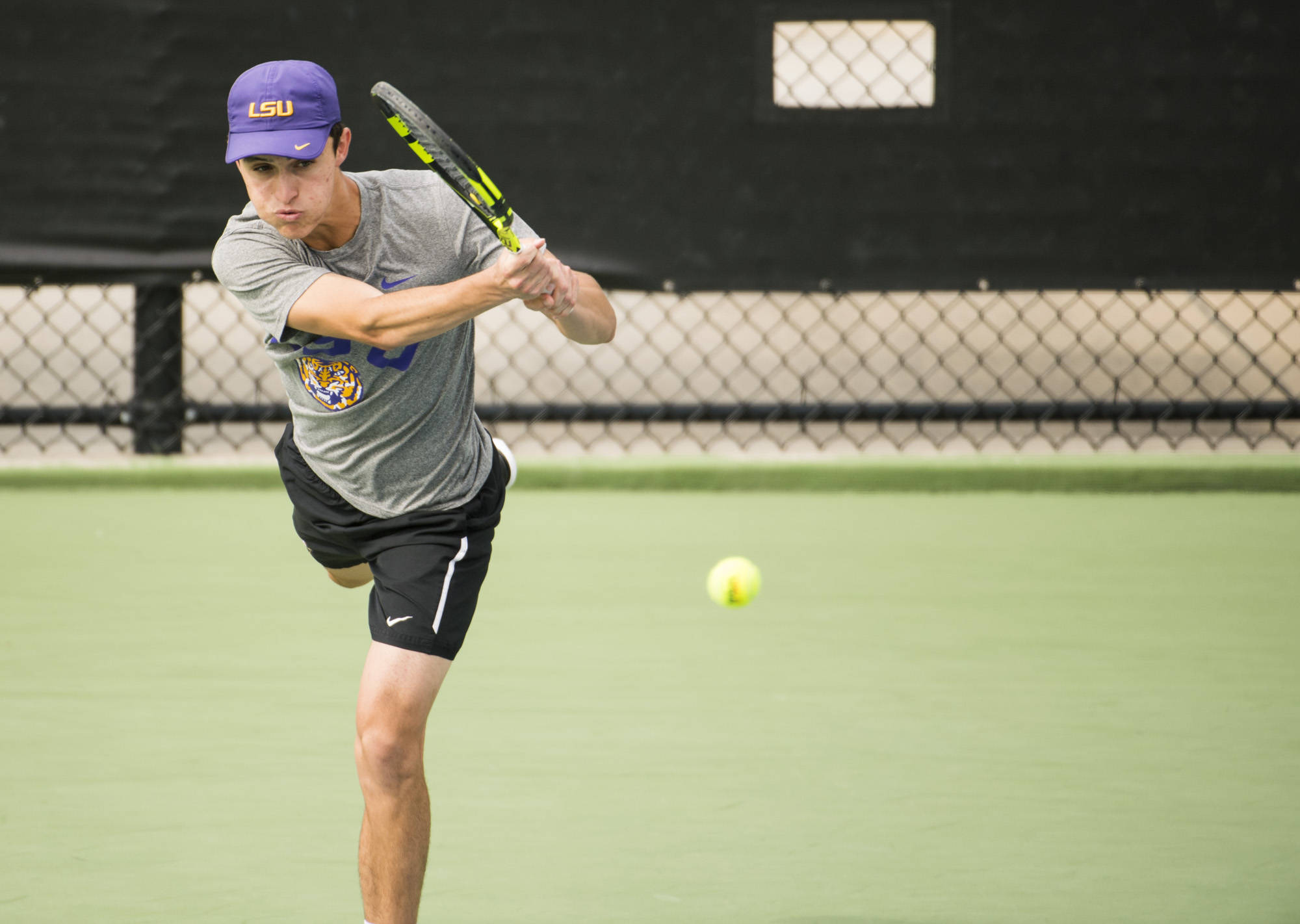 BATON ROUGE – The LSU men’s tennis team will host No. 7 Mississippi State in the Southeastern Conference finale at noon CT Sunday in the LSU Tennis Complex.

Admission to all home matches is free. The LSU Tennis Complex is located across the street from Alex Box Stadium, Skip Bertman Field on Gourrier Avenue.

Thoughts from Co-Head Coach Andy Brandi
“Sunday’s match will be really the toughest match that we have all season,” co-head coach Andy Brandi said. “Mississippi State has the highest ranked court one player in the SEC. It will be an interesting match. This is the toughest test we will have, but that’s why they roll the balls out on the court.”

Tiger Tidbits
After defeating Auburn Friday, LSU has improved to 9-14 on the season and 2-9 in conference action.

The gritty, 4-3, win by the Bayou Bengals was highlighted by Nikola Samardzic‘s court three victory to clinch the match. Shane Monroe was strong in his court one triumph, Rafael Wagner defeated the No. 86 player in the nation on court two, and the Tigers earned the doubles points after forcing tiebreakers on courts one and three.

Monroe and Stewart Block, have a team best 10 wins in doubles action on the third court. Agie Moreno and Wagner have two wins against ranked opponents. The sophomore pair now has seven wins on the season and three since being moved to the top court.

Notes on the Bulldogs
Mississippi State sits second in the Southeastern Conference with a 10-1 record. The Bulldogs are 16-2 overall and suffered their second loss of the season Friday at Texas A&M, 5-2.

The Bulldogs have three singles players ranked in the latest ITA poll: No. 3 Nuno Borges, No. 19 Giovanni Oradini and No. 78 Rakic.

Borges and Rakic are the No. 42 doubles pair in the nation. Bulldog duo Niclas Braun and Giovani Oradini are No. 44, and Braun and Trevor Foshey sit at No. 90.

Borges and Rakic are 9-4 across the top two courts, and Braun and Oradini have a perfect 12-0 record on court two.