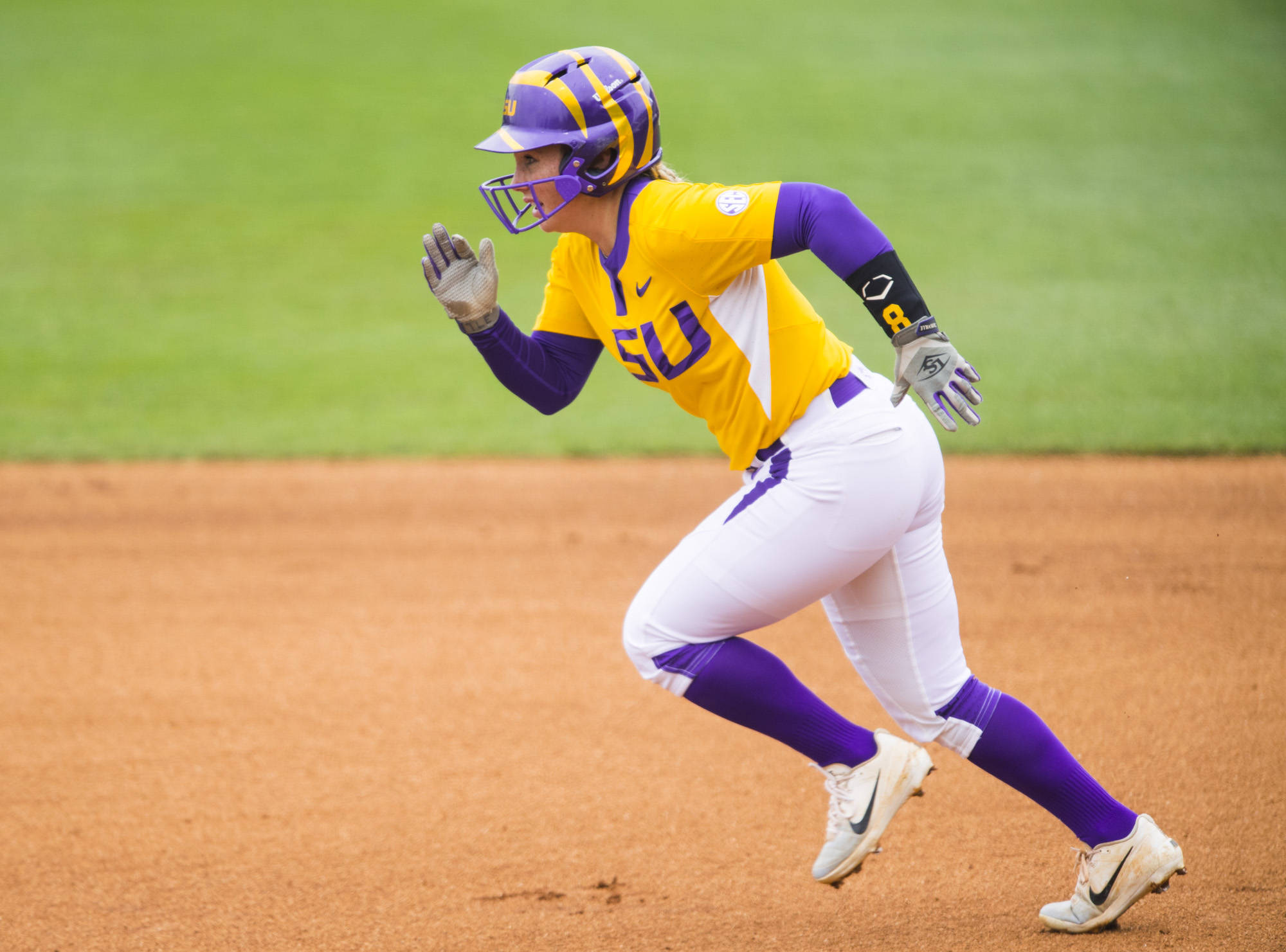 KNOXVILLE, Tenn. – The 14th-ranked LSU softball team put together two runs in the seventh, but it wasn’t enough as the Tigers fell 4-2 in game one of the series at Tennessee in Sherri Parker Lee Stadium Friday evening. The Tigers are now 32-8 on the year and 7-5 in SEC play. Tennessee is now 35-8 overall and 6-7 in conference action.

Junior Shemiah Sanchez hit a two-out double down the left field line to score Emily Griggs and Akiya Thymes, cutting the Tennessee lead to 4-2. But a ground out ended the seventh-inning rally.

LSU had chances to score earlier in the game as Aliyah Andrews led off the game with a single through the left side. Griggs followed with a single to left field, advancing Andrews all the way to third. The next three Tigers were retired in order, ending the LSU threat.

Another chance came in the second after Becca Schulte doubled with two outs and advanced to third on a Taryn Antoine single. The two were left there as a fly out ended the inning.

Tennessee got on the board in the first inning with a solo home run off LSU starter Allie Walljasper. The Vols hit another home run in the fourth, extending their lead to 3-0. Their fourth and final run of the game came in the sixth.

Walljasper took the loss in the circle, falling to 11-4 on the year. She allowed four runs off nine hits, while striking out three and walking three.

Notes
>> Griggs led the Tigers at the plate, going 4-for-4 with a run scored. The four hits was her first four-hit game of the season and 11th multi-hit game of the year.

>> Sanchez finished with two RBI, her fifth multi-RBI game on the season.

>> For the game, the Tigers had nine hits, tying with Tennessee’s nine hits.

On Deck
The Tigers and the Vols will face off in a doubleheader on Saturday at Noon CT/1 p.m. ET due to a high chance of inclement weather in the Knoxville area on Sunday. The game will air on ESPN2 and will be available on the WatchESPN app. Game two will be on SEC Network+.