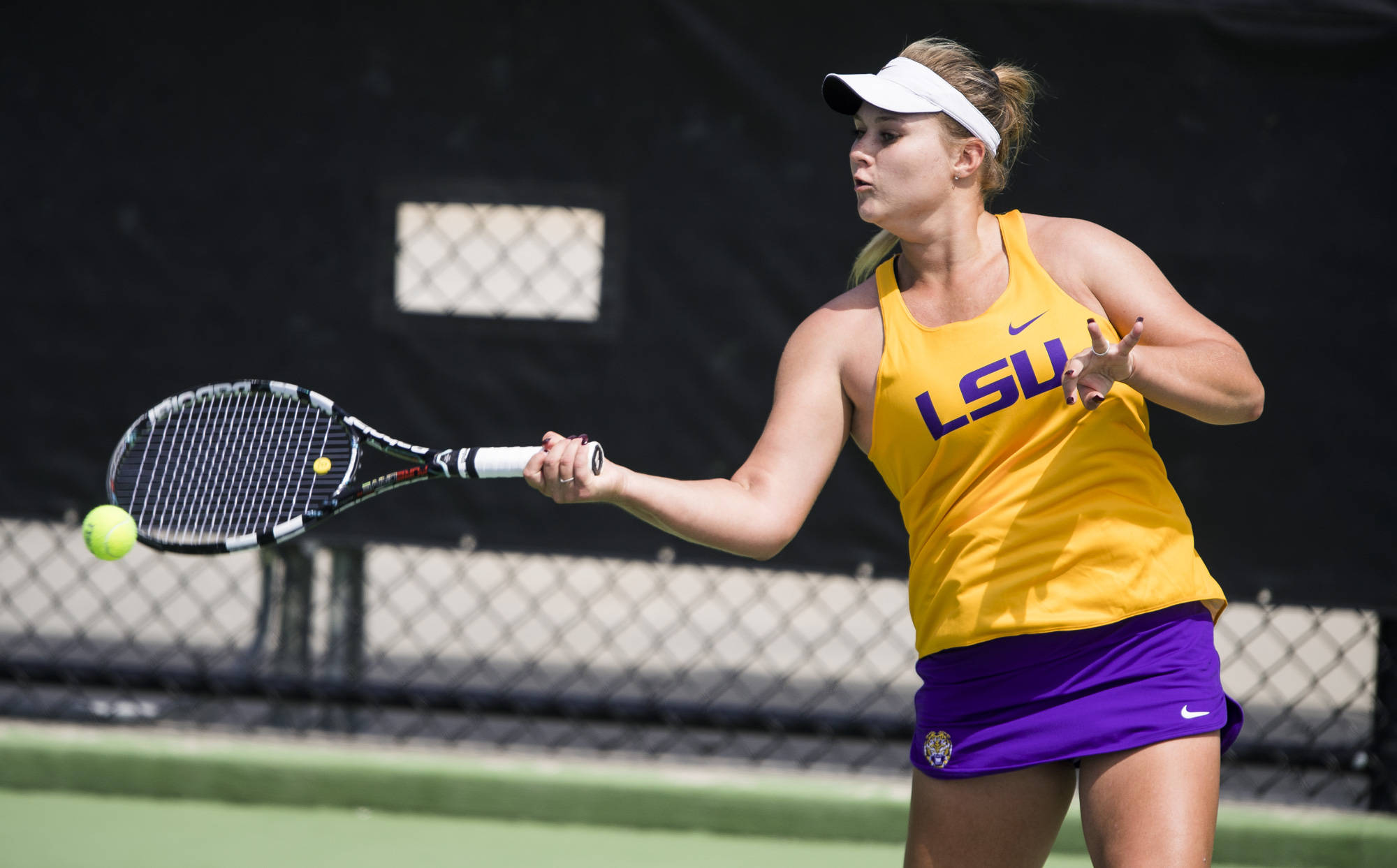 TUSCALOOSA, Ala. — Junior Jessica Golovin secured the first conference road win of the season for the No. 39 LSU women’s tennis team in a 4-3 win over the Alabama Crimson Tide at the Alabama Tennis Center Friday.

“I’m really proud of this team and how we found a way to win today,” co-head coach Julia Sell said. “Jessica saw she was the last match and won 10 of the last 12 points to clinch it. It was an incredible display of mental toughness and being a true competitor.”

The Tigers got the match started in a big way, taking the doubles point against the Crimson Tide for a crucial 1-0 lead early on. The No. 41 pairing of Golovin and Eden Richardson defeated Andie Daniell and Ann Selim on court one, 7-5, to claim their team-leading 11th dual doubles victory of the season. Ryann Foster and Kennan Johnson also teamed up on court two to defeat Alba Cortina-Pou and Smith Hinton, 6-3.

Alabama leveled the score at one point apiece to begin singles competition with a court six win in straight sets before temporarily taking the 2-1 lead with its second singles win of the night on court five.

Richardson, ranked No. 116, brought the score level again for the Tigers, taking down Smith Hinton, 6-3, 6-1, on court two for her 13th-straight victory, improving to 25-4 this season.

After coming from behind to take the first set 7-5, Johnson completely dominated her second set against Ann Selim on court four, 6-1, to give LSU the 3-2 lead shortly after Richardson’s win.

“Eden and Kennan just stayed tough the entire time and never let their opponents into the match,” Sell said.

Alabama evened the score once again on court one as No. 104 Daniell defeated No. 85 Foster, leaving the outcome of the match in the hands of Golovin on court three.

Golovin won her first set against Jacqueline Pelletier, 7-5, and came from behind to take control of the second set and win 6-3, clinching a crucial conference road win with just one match remaining before the SEC Tournament.

LSU’s final match of the regular season will come against No. 20 Auburn on Sunday at noon CT at the Yarbrough Tennis Center in Auburn, Alabama.