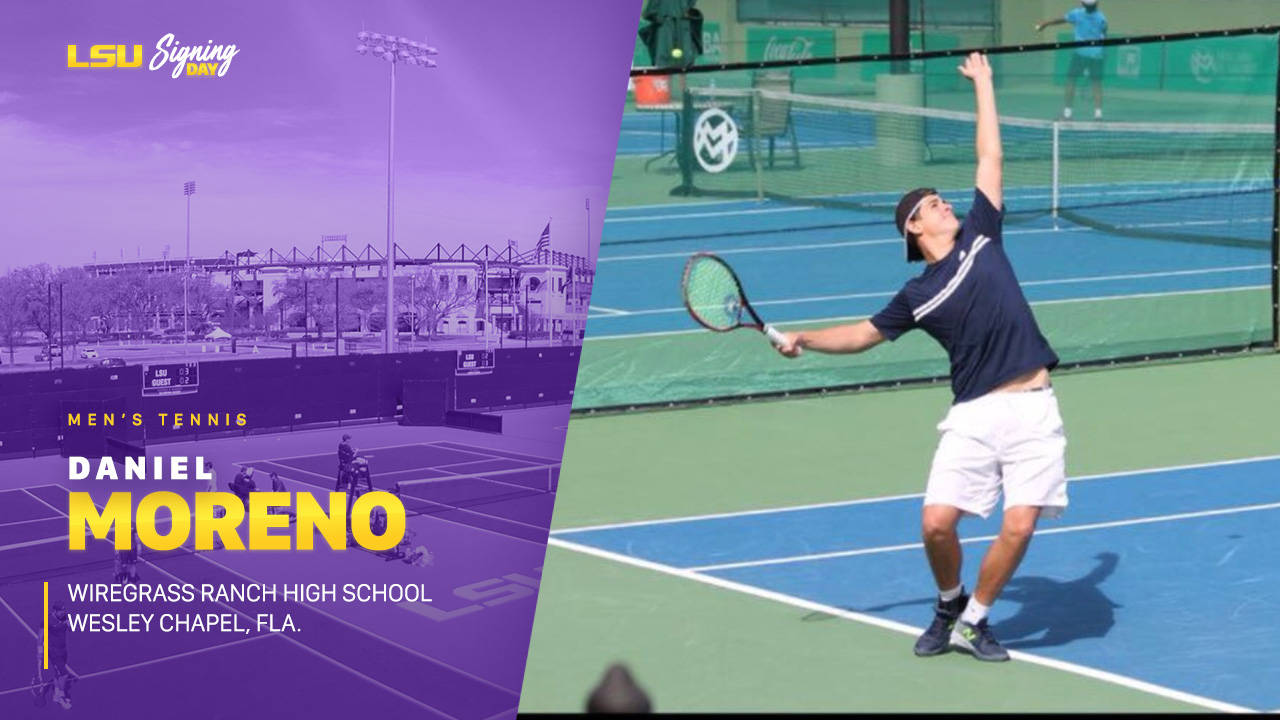 BATON ROUGE – The LSU men’s tennis team has added another member to the 2018 class as Daniel Moreno has signed his National Letter of Intent, co-head coaches Andy Brandi and Chris Brandi announced Thursday.

He joins November signee Boris Kozlov in the 2018 class.

Coached by Daniel Garza, Moreno is currently listed as No. 281 in the ITF rankings and has been ranked as high as No. 238.

“We are really excited to welcome Daniel into the Tiger family,” Chris Brandi said. “Daniel has gotten better and better over the last few years, and that’s a testament to his commitment and work ethic. Just two weeks ago he beat one of the top American juniors. He also qualified for the prestigious Orange Bowl last December and is comfortable playing on a big stage.”

Over the last year, Moreno has accumulated 28 wins, including three wins against blue chip recruits and five wins against five-star competitors. Earlier in March, the Mexico native advanced to the semifinals of the Panama Bowl and played in the Newport Beach ITF Tournament. Moreno also reached the round of 16 earlier this month in the 18-U competition at the USTA International Spring Championships.

“Daniel is not just a great player. He is also a leader and a huge team contributor,” Chris Brandi added. “It will be nice to have brothers on the team, and that will help Daniel’s transition into college tennis.”