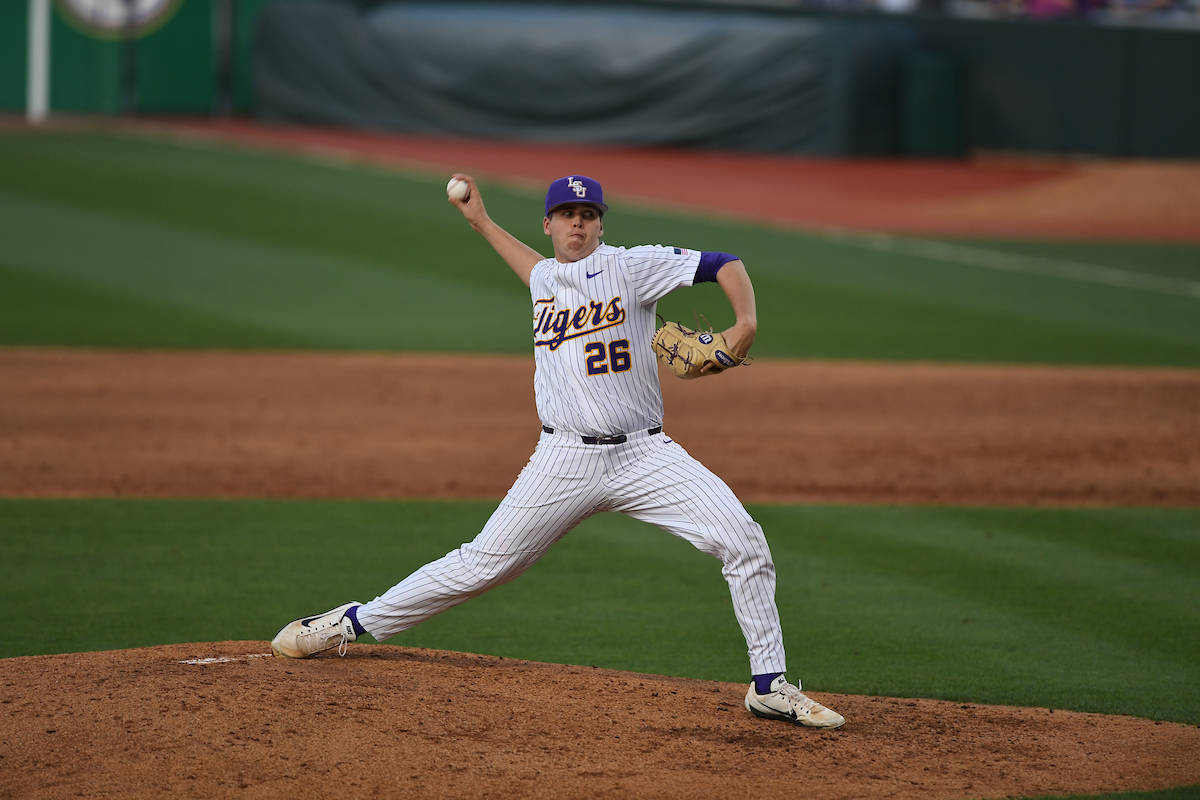 Next up, the Tigers will host Tennessee in a weekend series at The Box, beginning Friday at 7 p.m. CT. Games 1 and 2 between LSU and Tennessee may be viewed online through SEC Network + while Game 3 will be televised on the SEC Network. Fans can listen to all three games on the LSU Sports Radio Network.

“Our pitching was outstanding tonight against a very good team,” said LSU coach Paul Mainieri. “AJ gave us six great innings, and the bullpen did a masterful job of holding the lead. We had some clutch at-bats when we needed them against an excellent pitcher, and I thought we played well in all phases of the game. It was a good ball game and an important win for us heading into our conference series against Tennessee this weekend.”

Labas (4-1) was efficient in his six innings of work, only needing 63 pitches and facing just 19 batters. He allowed just two singles with no walks and no strikeouts.

Louisiana Tech starter David Leal (2-2) fired a complete game but was charged with the loss as he allowed two runs on six hits in eight innings with no walks and seven strikeouts.

The Tigers used its production in the sixth inning to secure the win. Third baseman Jake Slaughter was hit by a pitch and moved to second on a sacrifice bunt to lead off the inning, and center fielder Zach Watson ripped a single to left field to drive in Slaughter.

With Watson on third after a stolen base and a ground ball, right fielder Antoine Duplantis drove a single up the middle to give LSU the 2-0 lead.

Right-hander Caleb Gilbert was the first man out of the pen for the Tigers, and he worked the seventh inning and struck out one.

Left-hander Nick Bush tossed the eighth inning and allowed two baserunners with consecutive two-out walks, but the southpaw was unfazed and struck out a Bulldog pinch hitter to preserve the lead.

Right-hander Austin Bain earned his third save of the year with a nine-pitch ninth, retiring the Bulldogs in order to end the contest.