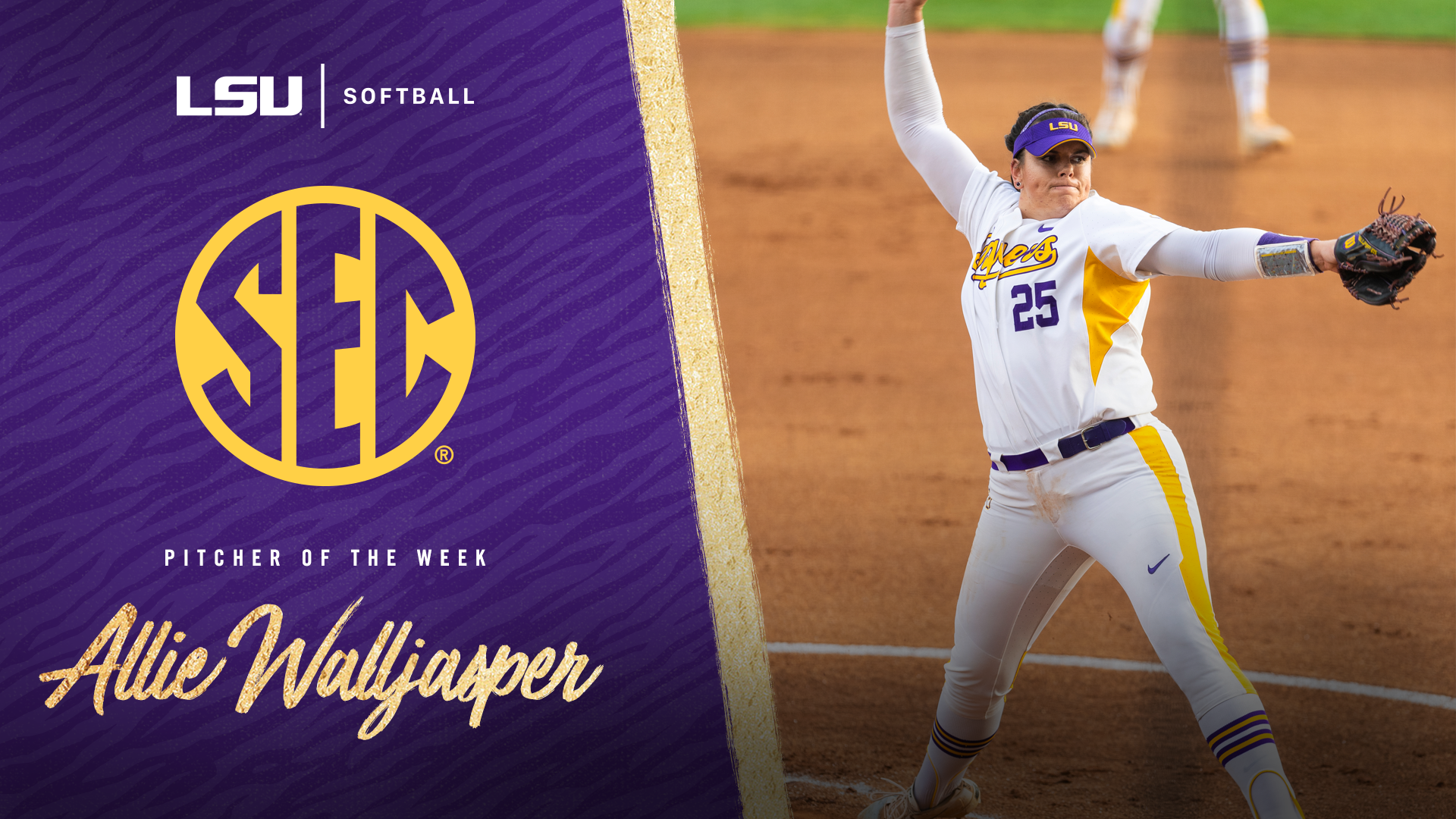 BATON ROUGE – After a stellar performance in LSU’s epic 2-1 19-inning victory over Ole Miss on Friday, senior pitcher Allie Walljasper has been named SEC’s Pitcher of the Week, as announced by the league office Tuesday.

“Her performance was heroic,” said head coach Beth Torina. “It is a game we will all be talking about for a long, long time. Both pitchers were phenomenal and it was exciting to watch them compete in a game like that.”

Walljasper threw an SEC and LSU record of a career-high 19 innings to claim the victory over Ole Miss. She faced an LSU and SEC record of 68 batters and did not give up an earned run. She held Ole Miss to a .108 batting average and struck out nine through 19 innings. Walljasper retired 22 of the last 24 batters of the game.

This is Walljasper’s first SEC Pitcher of the Week award and 23rd in program history. The honor is the second SEC weekly honor of the season.

On the year, Walljasper is 11-3 with a 0.74 ERA, which is ranked fourth in the league and eighth in the nation. In 113.1 innings pitched, she has struck out 94 batters and walked 18. She has a total of five shutouts on the year and has pitched 14 complete-games this season.

What’s On Deck
LSU is on the road this weekend, traveling to Tennessee for a three-game SEC series. The series opener will be Friday at 5 p.m. CT on ESPNU.