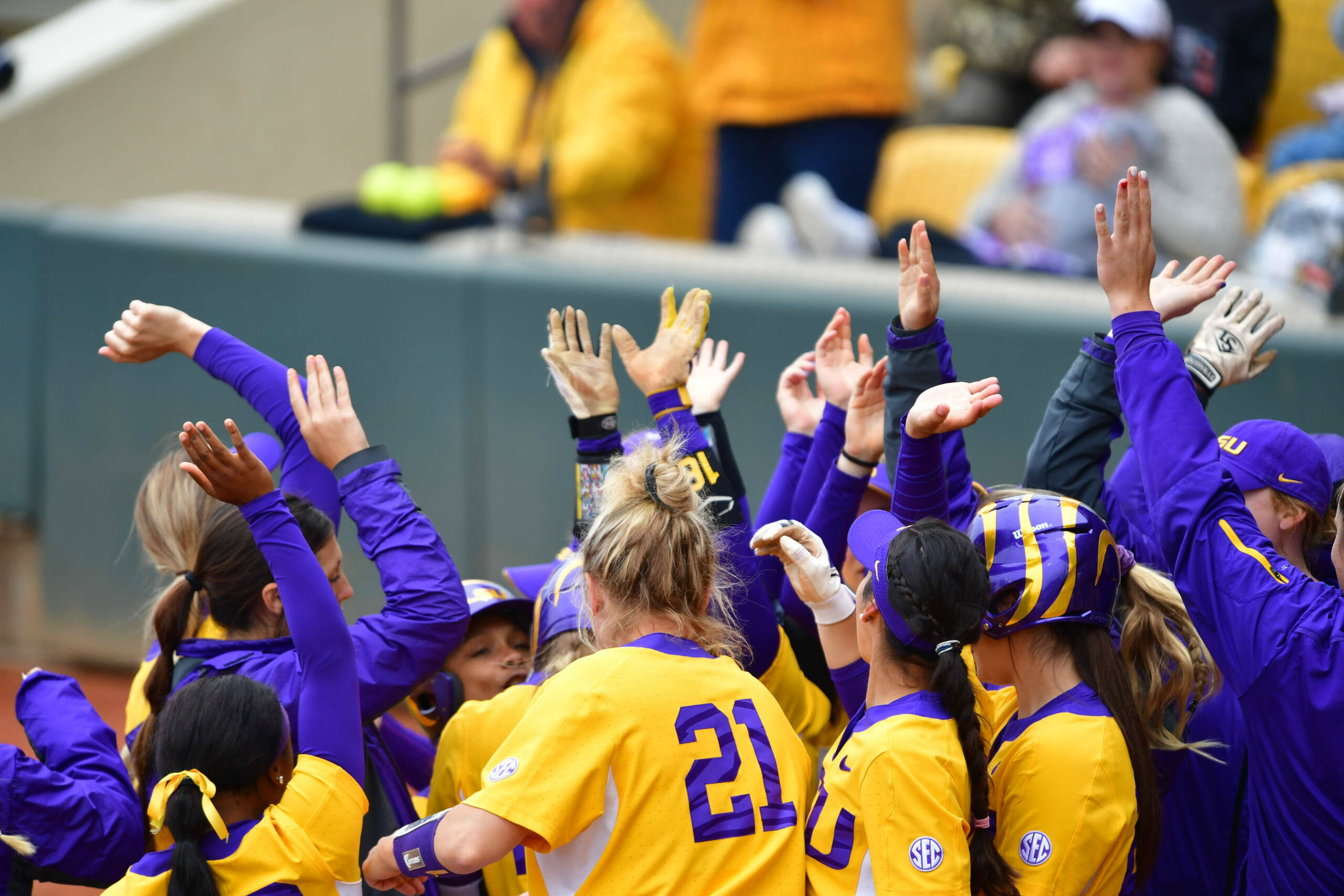 BATON ROUGE – The LSU softball team dropped the series finale against Ole Miss, 3-1 in Tiger Park on Sunday afternoon. With the loss, LSU falls to 32-7 on the year and 7-4 in the SEC while Ole Miss improves to 19-16 and 4-11 in conference play.

Sophomore Amanda Doyle provided the Tigers only run with a solo home run over the center-field wall in the bottom of the seventh inning, her sixth dinger of the year.

The Tigers had chances to score earlier in the game, but could not bring them across. In the bottom of the first inning Emily Griggs hit a single and advanced to second on a passed ball, but she was stranded as a strikeout and a pop up ended the inning.

Maribeth Gorsuch and the LSU defense kept the game close through five innings, but Ole Miss scored three runs in the sixth off four hits and an LSU error and forced the Tigers to go to the bullpen.

Gorsuch received her first loss of the season, while Carley Hoover came in relief, pitching 1.2 innings and striking out one.

>> For the series, the LSU pitchers had a combined 33 IP, 27 strike outs, while giving up only one earned run.

>> Amanda Doyle‘s solo home run in the seventh inning gives her sixth on the season and 39 RBI’s on the year.

LSU will travel to Knoxville to take on the Tennessee Volunteers on Friday, April 13th at 5 p.m. CT. The game will be broadcast live on ESPNU.