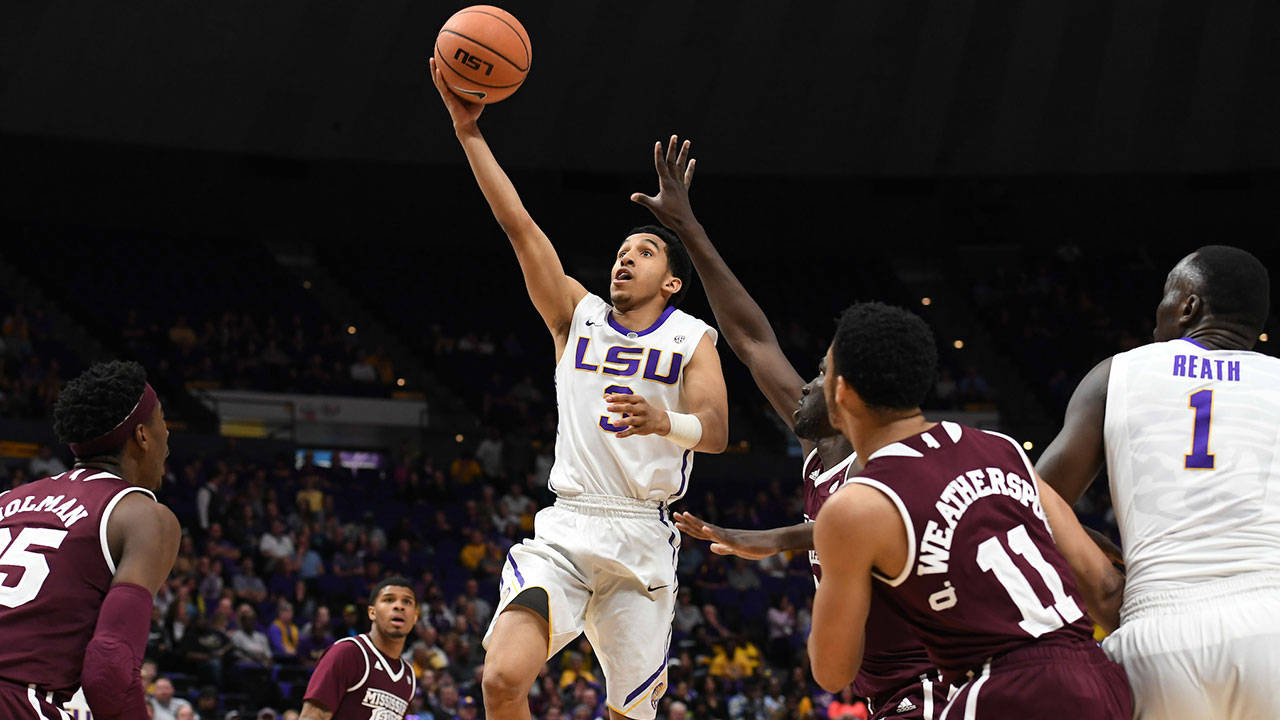 LAFAYETTE – LSU freshman Tremont Waters, the first LSU freshman to average over 15 points and 5 assists, was named first-team All-Louisiana and the Freshman of the Year on the 2017-18 Louisiana Sports Writers Association (LSWA) Men’s College Basketball Team.

Senior guard Frank Bartley of UL-Lafayette was named the Player of the Year and Roddy Peters of Nicholls was the choice for Newcomer of the Year.

The 5-foot-11 point guard shattered Ben Simmons’ freshman record with 198 assists and produced five double-doubles and 10 games with 20 or more points scored, including a season-high 39 against Marquette at the Maui Invitational.

The former Christian Life Academy product scored in double figures in his final 32 games during the 2017-18 season for the Ragin’ Cajuns and had 10 games with 20 or more points scored.

Peters, who played at both Maryland and South Florida before transferring to Nicholls, led the Colonels in scoring at 19.7 points per game while grabbing 5.9 rebounds and dishing out 4.2 assists per game. The Southland Conference Newcomer of the Year and first-team all-league selection had 17 games with 20 or more points during the season for the SLC regular-season co-champions.
Bob Marlin was named the LSWA Coach for a second time leading UL-Lafayette to a school-record 27 wins and the school’s first outright SBC regular-season title since 1991-92. Marlin guided the Cajuns to a school-record 16 victories in SBC play and the school’s fourth postseason trip in the past five seasons.

Joining Bartley, Peters and Waters on the first team were Tulane’s Melvin Frazier and Stevie Clark of LSU Shreveport.