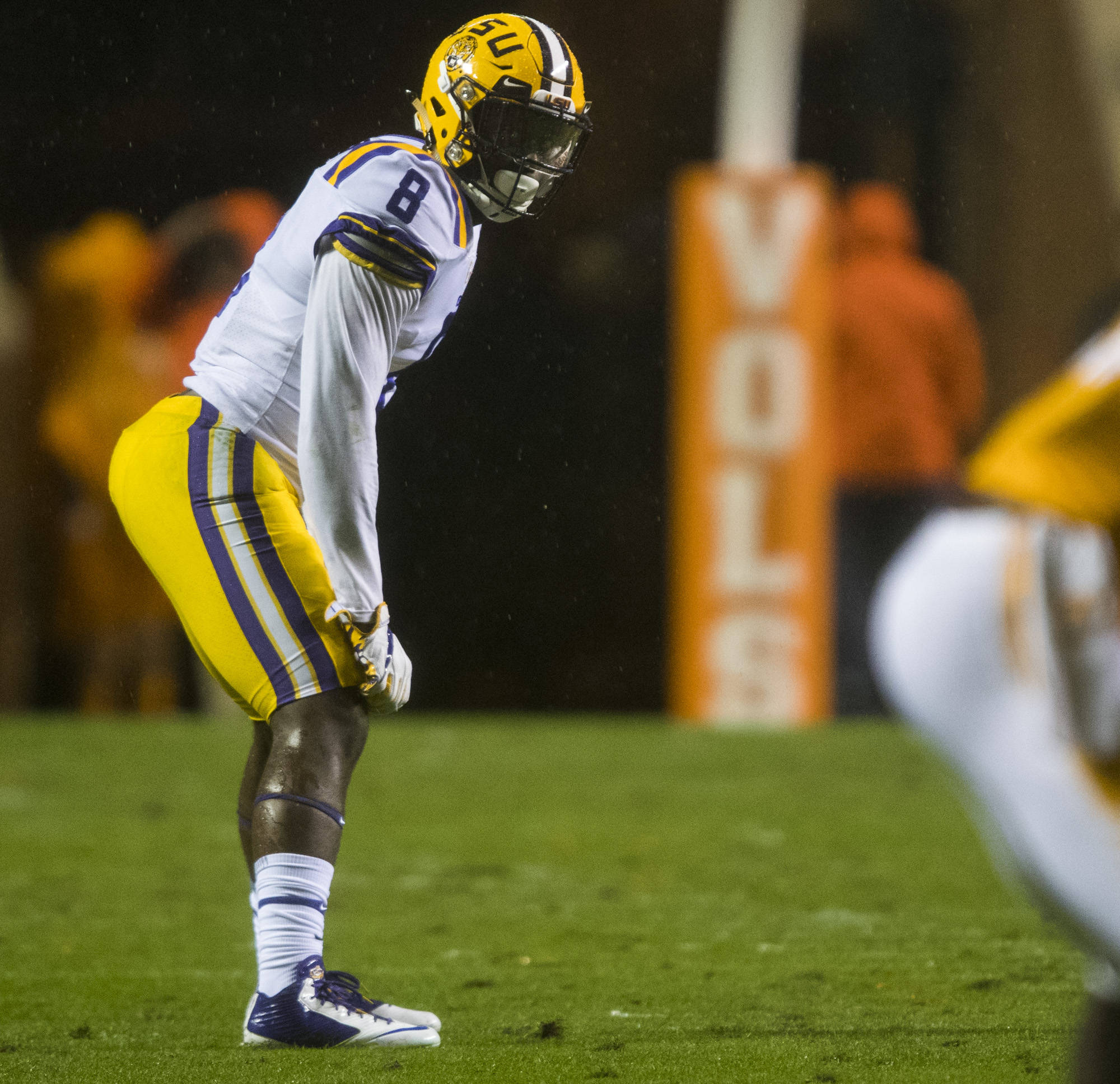 BATON ROUGE – The defense held the upper hand on Saturday as LSU wrapped up its third week of spring drills with a game-like-situation scrimmage indoor at the Charles McClendon Practice Facility.

Saturday’s scrimmage marked the ninth of 15 practices this spring for the Tigers. LSU will practice three times next week and then wrap-up spring drills the following week. LSU’s National L Club Spring Game will take place on Saturday, April 21, at 5 p.m. CT in Tiger Stadium. Admission to the contest will be free.

“I’m proud of our football team and the way they came to work today,” LSU coach Ed Orgeron said. “We were going to go to Tiger Stadium but the grass was a little slick so we decided to stay inside where we would have better traction and not risk injury.

“We are nine practices in and we are right where we want to be.”

LSU opened the scrimmage with a 16-play session, nine of which were considered “wins” by the defense as compared to seven “wins” for the offense.

Orgeron then put the Tigers through game-like situations for the next segment of the scrimmage where the defense won that part of the day.

“(The scrimmage) was dominated by the defense. They had a wonderful day,” Orgeron said. “We had a tremendous pass rush and forced some turnovers. I thought the defense was on fire most of the day.”

LSU wrapped up the scrimmage with a period dedicated to the red zone, which also included snaps on the goal line.

“We had a very spirited scrimmage when we got into the red zone,” Orgeron said. “It’s one of the areas that we want to get better. I thought the offense threw the ball very well down there. You could see the improvement in our red zone offense, but the defense also did some good things.

“Then we put the ball on the goal line, and it was a battle. I think it ended about even, but some guys made some tremendous plays. I thought Tyler Shelvin did a tremendous job down there. Rashard Lawrence and Breiden Fehoko seemed like they were in the backfield. One of the emphasis was to improve on goal line defense, and also get better on goal line offense. When we get down in there we will go north and south, we will score, and we will do what we do best.”

Offensively, the three LSU quarterbacks completed 16-of-37 passes for 178 yards and a pair of touchdowns. Sophomore Myles Brennan led the group by connecting on 10-of-15 for 93 yards, one score and an interception. Justin McMillan was 3-of-11 for 20 yards and a TD, while Lowell Narcisse was also 3-of-11 for 65 yards.

Drake Davis led the receivers with two catches for 50 yards and TD. Tight end Foster Moreau caught two passes for 23 yards and a score, while Jonathan Giles had two receptions for 21 yards.

Nick Brossette paced the running game with 34 yards on 17 carries. Lanard Fournette added 21 yards on six attempts. Clyde Edwards-Helaire sat out the scrimmage due to an injury.

“I thought (Nick) had some good runs today,” Orgeron said. “I thought he ran the ball well inside. He bounced the ball outside a couple of times. Right now he is very consistent.”

LSU will practice and Tuesday and Thursday next week followed by another scrimmage next Saturday in Tiger Stadium.