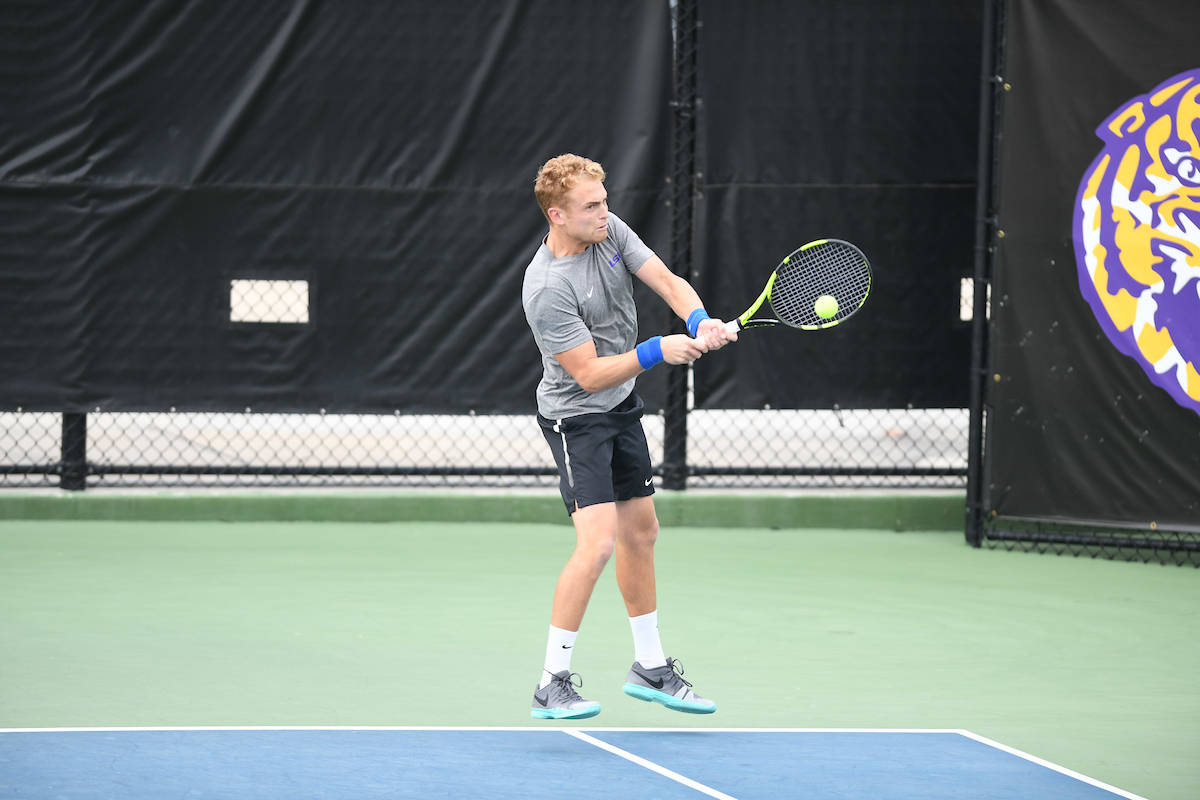 With the loss, LSU falls to 8-13 on the season and 1-8 in Southeastern Conference play while South Carolina improved to 16-6 overall and 6-4 in the league.

Co-Head Coach Andy Brandi on the Match
“I thought we came out way too flat in doubles today,” co-head coach Andy Brandi said. “It carried into the beginning of the singles, but then, we got it going in singles. I thought Stewart (Block) was solid. He didn’t play his best tennis, but he competed very well. Shane (Monroe) started slow but picked it up and came home with a very good win. All-in-all I thought we ended well. We didn’t start well, but we ended well. Sunday, we will have our hands full against Florida.”

Doubles Point
The Gamecocks got on the board early after securing the doubles point. On court one, Rafael Wagner and Agie Moreno fell to No. 57 Yancy Dennis and Harrison O’Keefe, 6-2. South Carolina’s Paul Jubb and Wood Benton also snatched a 6-2 win from Stewart Block and Shane Monroe on court three to take the 1-0 lead.

Singles Results
South Carolina upped its lead to 2-0 when O’Keefe took a straight-set 6-2, 6-0 win from Moreno on court five.

Block worked a strong match against Wood Benton on court six to earn the first conference win of his career, 6-4, 6-3.

On the second court, Wagner worked to force a second set tiebreaker but was unable to push a third set, eventually falling to No. 70 Jubb 6-1, 7-6(5).

The Gamecocks clinched the match on court three after Dennis nabbed a 6-4, 6-3 match from Samardzic to increase the lead to 4-1.

After earning the first set 7-5, Julian Saborio fell in the second set on court four to Thomas Mayronne and was unable to hang on in the tiebreaker as South Carolina jumped out to the 5-1 advantage.

Monroe secured a solid win against No. 24 Gabriel Friedrich on court one. After falling behind in the first set, the Ventnor, New Jersey, native nabbed the second set 7-5 and then secured the match in nail-biting fashion, 10-7.

Next Up
LSU continues its home stand with a match at noon CT Sunday against Florida in the LSU Tennis Complex.