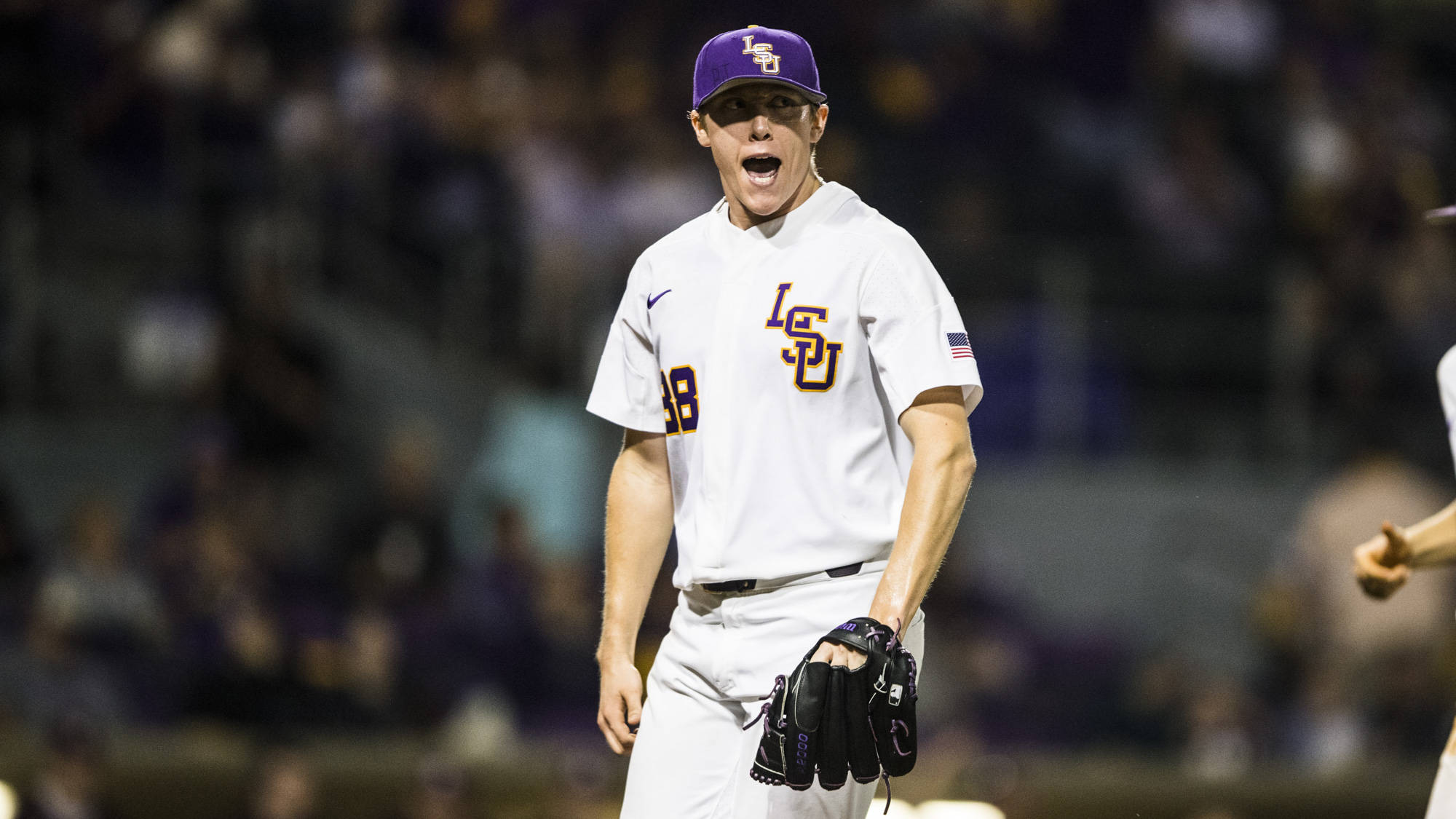 The teams resume the series with Game 2 at 6 p.m. CT Friday. The contest will be televised by the SEC Network, and it can be heard on affiliates of the LSU Sports Radio Network.

Hess (5-3) pitched brilliantly for the Tigers, limiting the Aggies to no runs on four hits in eight innings with three walks and five strikeouts. He threw 114 pitches in the longest outing of his college career.

“Zack went out there tonight and pitched his heart out,” said LSU coach Paul Mainieri. “He performed like a big-league caliber pitcher. To win in the SEC, you’ve got to have an ace that can win Game 1 of a series for you, and that’s exactly what Zack did tonight. He took on the challenge and pitched like the great ones do.”

“I was just taking the mindset of, ‘Let’s just pitch a little more instead of trying to strike everybody out,’” Hess said. “I think this was a good game for me, as a pitcher, for a learning experience.”

Hess and Texas A&M starter Stephen Kolek were engaged in a scoreless pitchers’ duel until the Tigers struck for four runs on four hits in the top of the fourth inning.

Kolek (3-4) was charged with the loss, allowing four runs on five hits in 3.2 innings with two walks and one strikeout. He was lifted in the fourth inning for reliever Kaylor Chafin, who silenced the LSU bats over the next 4.1 innings, allowing only a Duplantis double in the eighth inning.

Cason Sherrod pitched a scoreless ninth inning for the Aggies, who scored their only run of the game with one out in the bottom of the ninth inning when rightfielder Will Frizzell hit a one-out, solo homer off of LSU reliever Devin Fontenot.

Fontenot, however, retired the next two Texas A&M hitters to end the game and preserve the victory for Hess.