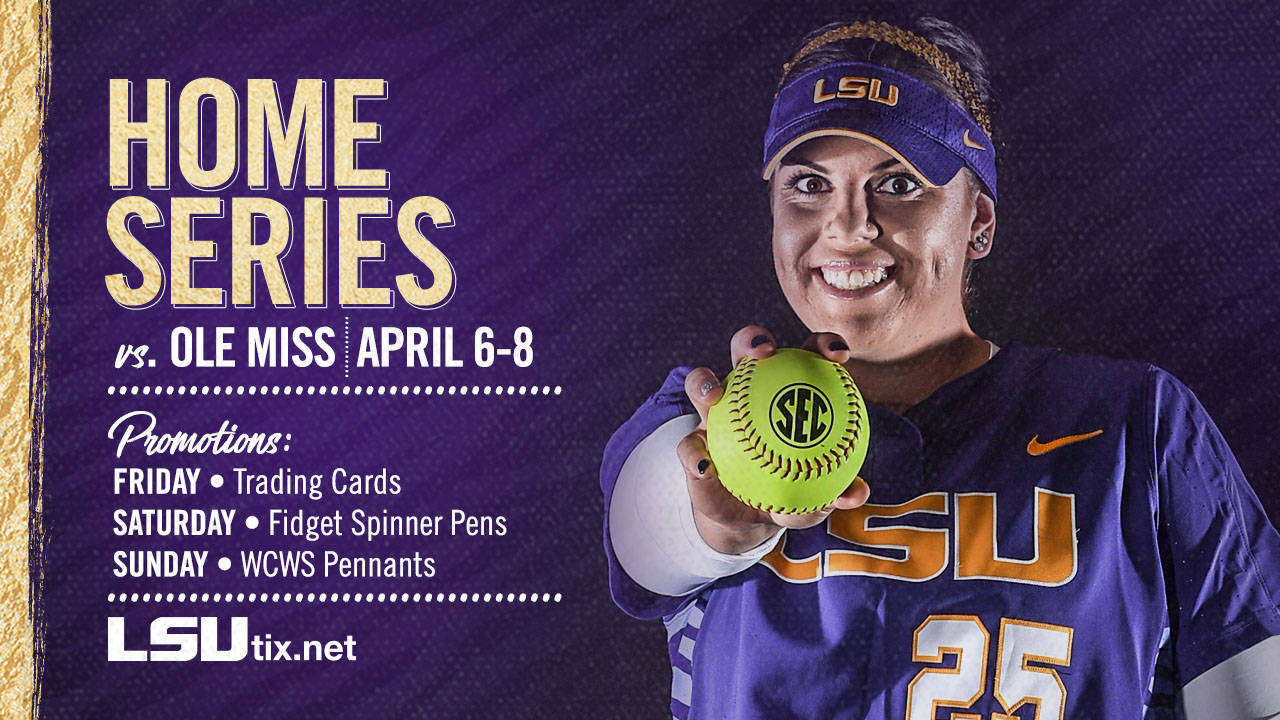 BATON ROUGE – The 14th-ranked LSU softball team returns to SEC action this weekend, playing host to Ole Miss Friday-Sunday. Game one and two of the series is slated for 6 p.m. start times on Friday and Saturday with Sunday’s game beginning at 1 p.m.

Series Records
The Tigers lead the all-time series over Ole Miss 50-11. In the last meeting, the Rebels claimed a 5-1 victory in the SEC Tournament Championship. The Rebels also swept the Tigers in the SEC series last year. The last time the Tigers won was April 4, 2015, which completed a three-game sweep of the Rebels.

Torina’s Thoughts
“We’re excited to host Ole Miss this weekend. Every team in the SEC brings something great and we really have to show up and do a good job in order to win any game in the SEC. It’s always tough as our kids remember what happened last year in the SEC Tournament Championship game. It’s important that we come out and put on a good showing.”

About the Tigers
LSU goes into the weekend with a 30-6 overall record and is in fourth place of the SEC with a 5-3 mark. The Tigers are coming off a 9-1 five-inning victory at McNeese State Tuesday night. LSU’s offense shined, hitting five home runs against the Cowgirls with four coming in the second inning. Amanda Doyle now leads the team with a .372 average after going 2-for-3 at McNeese State with a home run. The Tigers are ranked ninth in the nation in earned run average at 1.22.

About the Rebels
Ole Miss comes to Baton Rouge with an 18-14 overall record and a 3-9 mark in the SEC. The Rebels are coming off a 5-1 win over Southern Miss on Wednesday. Last weekend, the Rebels fell to Auburn in a three-game series, only coming out on top in game three, 3-2 in eight innings. Kaylee Horton leads the team with a .370 batting average. In the circle, Kaitlin Lee has the lowest ERA of 2.54 and is 11-6 on the year. In 91.0 innings of work, she has tallied 43 strikeouts and holds her opponents to a .251 batting average.

What’s On Deck
Following the Ole Miss series, the Tigers will get back on the road, traveling to Tennessee for a three-game SEC series, April 13-15.