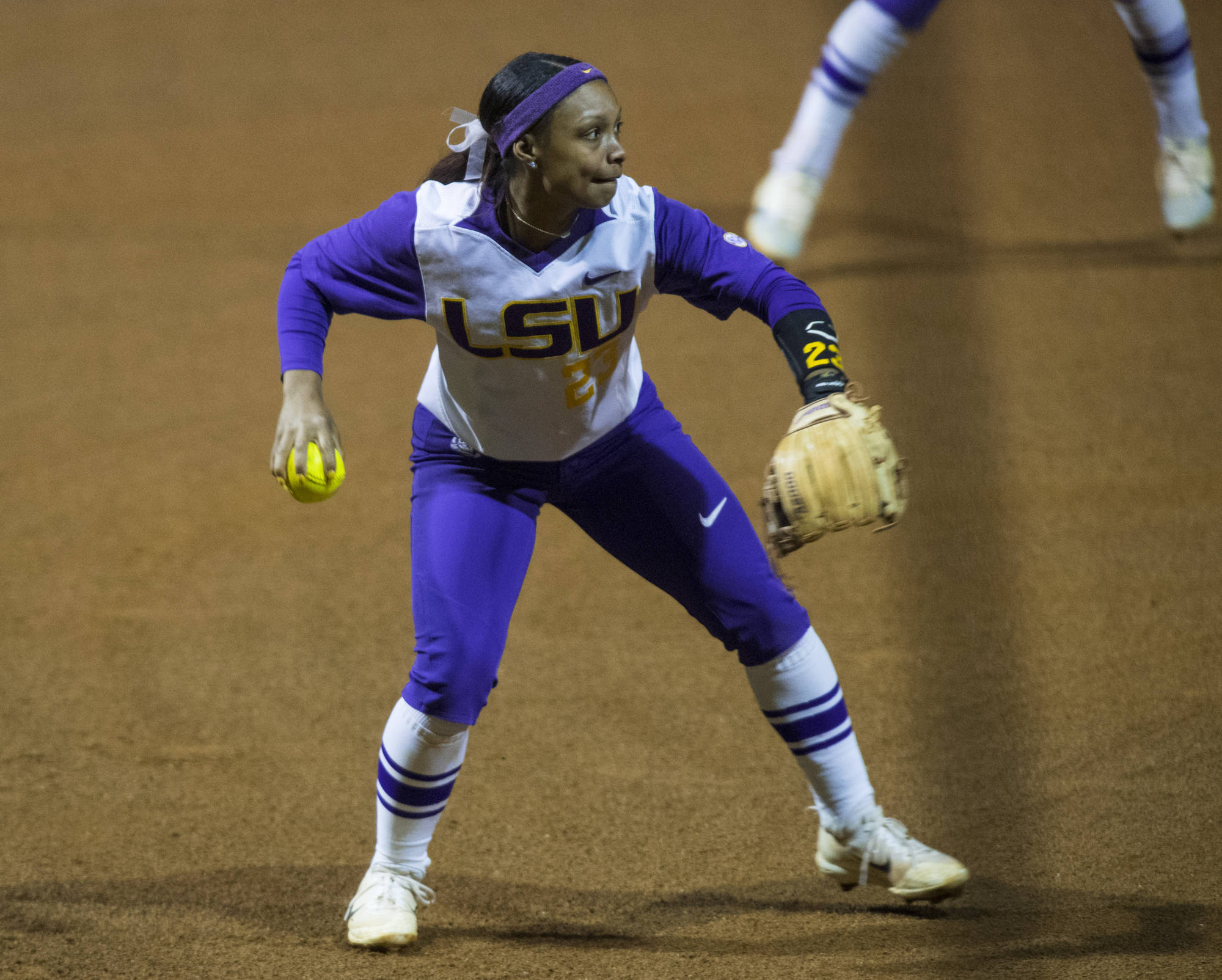 LSU’s offense ignited early in the first inning as Shemiah Sanchez belted out her third home run of the year, scoring Emily Griggs and Shelbi Sunseri, giving the Tigers a 3-0 lead.

The Tigers added six more runs in the second inning, all coming off home runs. Amanda Doyle started off the second-inning slugfest with a three-run home run over the left center wall. Sanchez followed with her second dinger of the game, a solo shot over the left field fence. With two outs, the slugfest continued with back-to-back solo shots by Michaela Schlattman and Amber Serrett, extending the Tigers’ lead to 9-0.

McNeese got on the board in the bottom of the fifth inning with two outs, but a ground ball ended the game.

Senior Carley Hoover was stellar in the circle, not giving up a hit until the fifth inning with two outs.  She allowed just one hit and struck out nine in five innings.

Torina’s Thoughts
On the offense performing well tonight …
“It was a great performance from our offense today. It was great to see them come out so aggressive and strong. I think the staff had them prepared today and they did a great job.”

“It was tough with the rain and the different situations that happened. She was standing a lot out there. It was tough and a battle. I think she did a great job given the situation.”


Notes
>> It was the second time in program history that the Tigers hit four home runs in an inning. The last time was on March 15, 2016 against Louisiana Tech.

>> Sanchez’s two home runs on the game is the first time she has had two in a game in her career. She also finished the game with a career-high four RBIs. The last time a Tiger had two home runs in a game was Sydney Springfield at Kansas on March 17, 2017.

On Deck
The Tigers return home for a three-game SEC series against Ole Miss. Game one and game two are slated for Friday and Saturday at 6 p.m., while the series finale will begin at 1 p.m. All three games will stream live on SEC Network+.