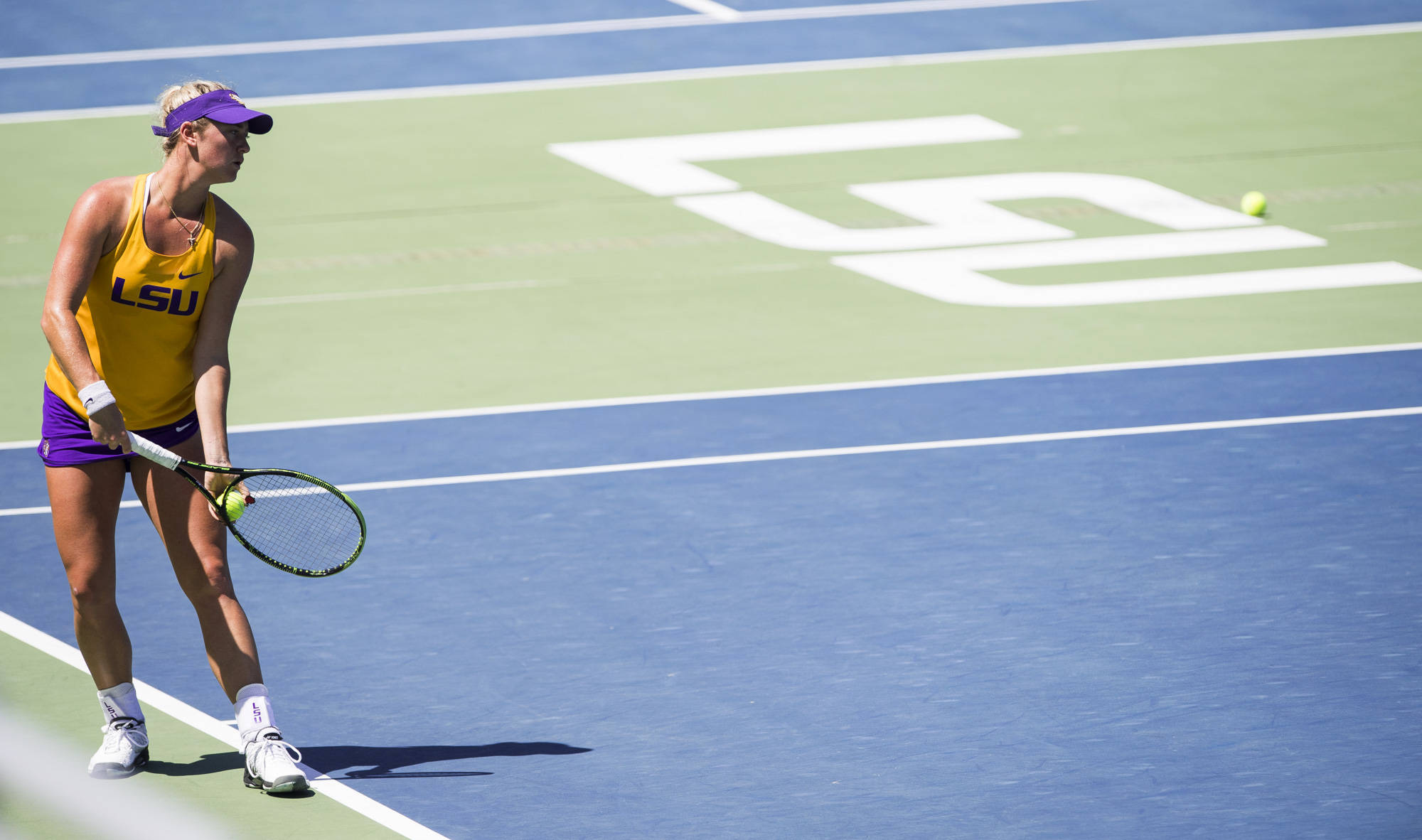 BATON ROUGE — The LSU women’s tennis team jumped ten spots to No. 37 in the country while Jessica Golovin, Eden Richardson and Ryann Foster each placed in the latest singles rankings released by the Intercollegiate Tennis Association Tuesday.

Golovin, who leads the team with 15 dual singles wins, is ranked No. 82 in the country after a couple of straight-set wins over No. 82 Tea Jandric and Magda Adaloglou on court three over the weekend.

Richardson climbed 24 spots to No. 96 after a 6-1, 6-1 win over Janina Braun this weekend, extending her current win streak to 12 matches. Richardson sits at 24-4 on the season and sports a spectacular 14-1 dual singles record across courts two and three.

Foster re-entered the rankings as well, coming in at No. 121 thanks to an impressive 10-3 record playing at the Tigers’ top spot for the majority of the season.

In the doubles rankings, Golovin and Richardson were tallied as the No. 36 tandem in the country. LSU ‘s top pairing has compiled a 10-4 doubles record and boasts two wins over top-15 opponents so far this season.

The Tigers’ upcoming road trip will see them square off against No. 28 Kentucky in Lexington on Thursday, April 5, at 5 p.m. CT before travelling to Nashville to face second-ranked Vanderbilt on Sunday, April 7, at 11 a.m. CT.