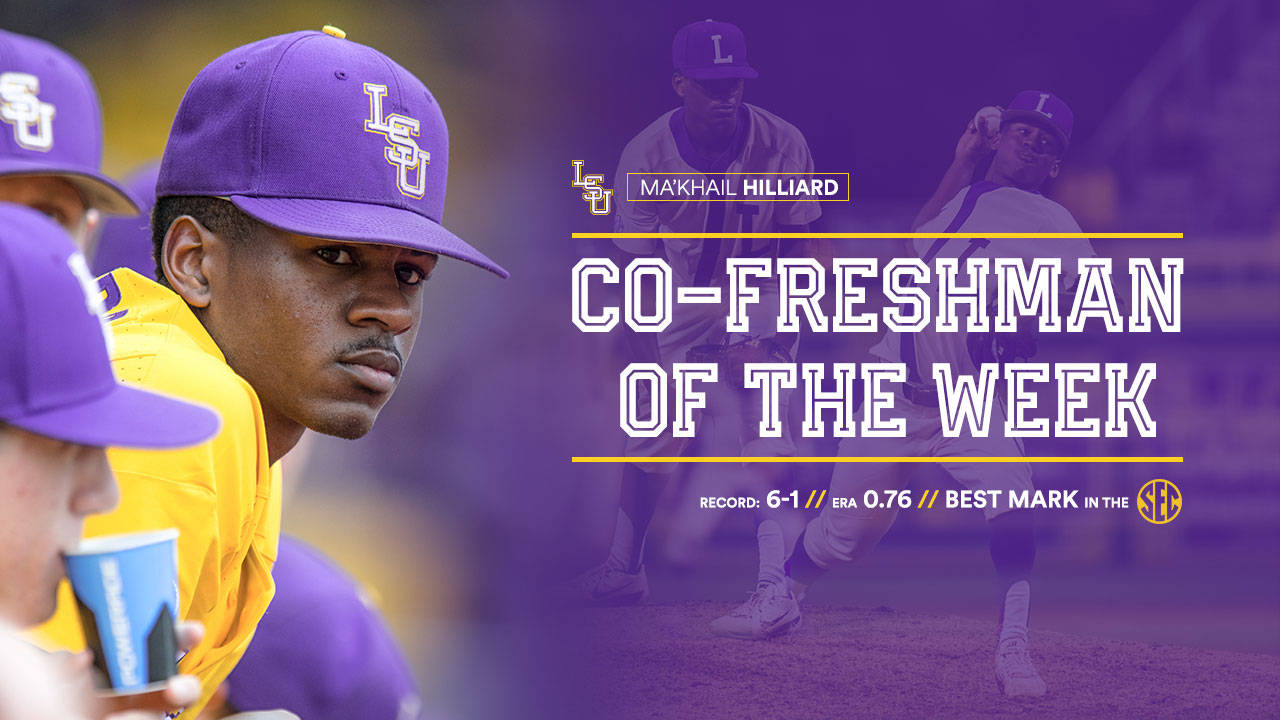 Hilliard, a product of the city of Central, La., delivered a brilliant outing on Saturday to defeat Mississippi State, firing six shutout innings and allowing just three hits with two walks and a career-high nine strikeouts. He improved his record to 6-1 and lowered his ERA to 0.76, the best mark in the SEC.

Hilliard is also tied for the league lead in wins, and he is No. 4 in the conference in opponent batting average (.184). Hilliard has worked 35.1 innings this season, recording 11 walks and 37 strikeouts.

In his three SEC starts against Missouri, Vanderbilt and Mississippi State, Hilliard has a 1.50 ERA in 18 innings with four walks, 23 strikeouts and a .197 opponent batting average.