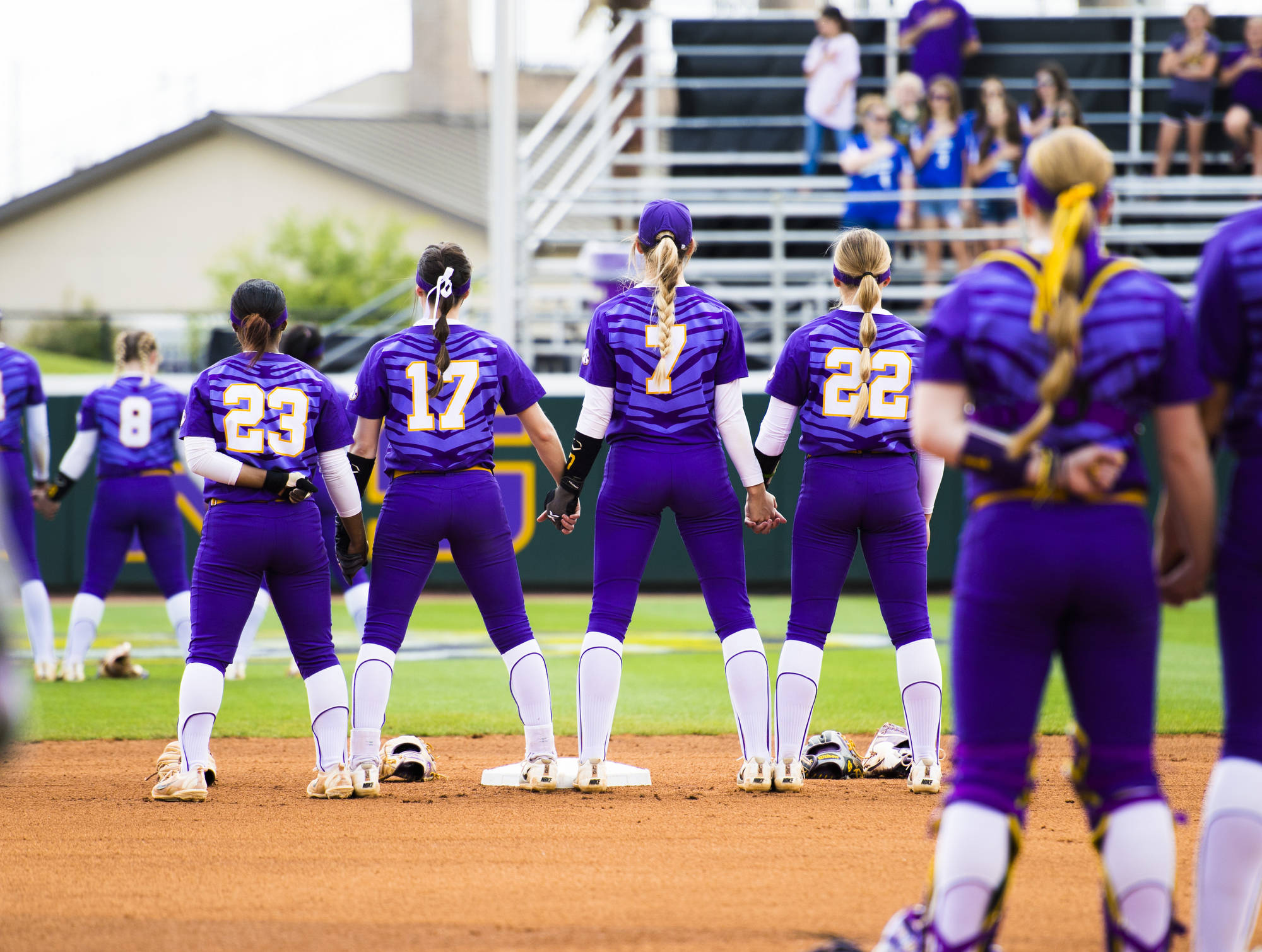 BATON ROUGE – The 13th-ranked LSU softball team will take a midweek break from SEC action and travel to McNeese State Tuesday for a single game at Cowgirl Diamond. First pitch is set for 6 p.m.

The game will air on Cox Sports Television with Yvette Girouard and Garrett Walvoord on the call. Live stats will also be available at LSUStats.com. The game will also stream live on ESPN3.

Series Records
The Tigers lead the all-time series over McNeese State, 31-3. LSU has won the last five meetings, and the last and only time LSU has lost at McNeese State was on April 22, 2009. The last time the Tigers fell to the Cowgirls was back on April 9, 2014 by a score of 2-1.

Last Meeting
In the last meeting between the two teams, LSU took down the Cowgirls 2-0 in walk-off fashion. In the bottom of the seventh, Amber Serrett took a pitch over the left field wall to win the game for the Tigers. That walk-off marked the third for the Tigers on the season. LSU now has seven walk-offs on the year.

About the Tigers
After winning the series at Missouri over the weekend, the Tigers go into the midweek matchup with an overall record of 29-6. Aliyah Andrews continues to lead the offense with a .376 average. Freshman Shelbi Sunseri has been hot at the plate over the last four games, hitting .500 with three home runs. In the circle, the Tigers have an ERA of 1.22 that ranked ninth in the country. Carley Hoover leads the team in strikeouts with a total of 117.

About the Cowgirls
McNeese State is 24-12 on the year and is coming off a series win over Northwestern State last weekend. They have won seven out of their last nine games and currently sit tied for fourth in the Southland Conference. Justyce McClain leads the team with a .433 batting average and a .518 on-base percentage. In the circle, Alexsandra Flores leads the staff with a 2.13 ERA and 55 strikeouts in 95.1 innings.

What’s On Deck
Following the McNeese State midweek contest, the Tigers will get back to SEC action this weekend, playing host to Ole Miss Friday through Saturday. For tickets, click here.