Baseball Explodes for 10 Runs in Victory Over Grambling 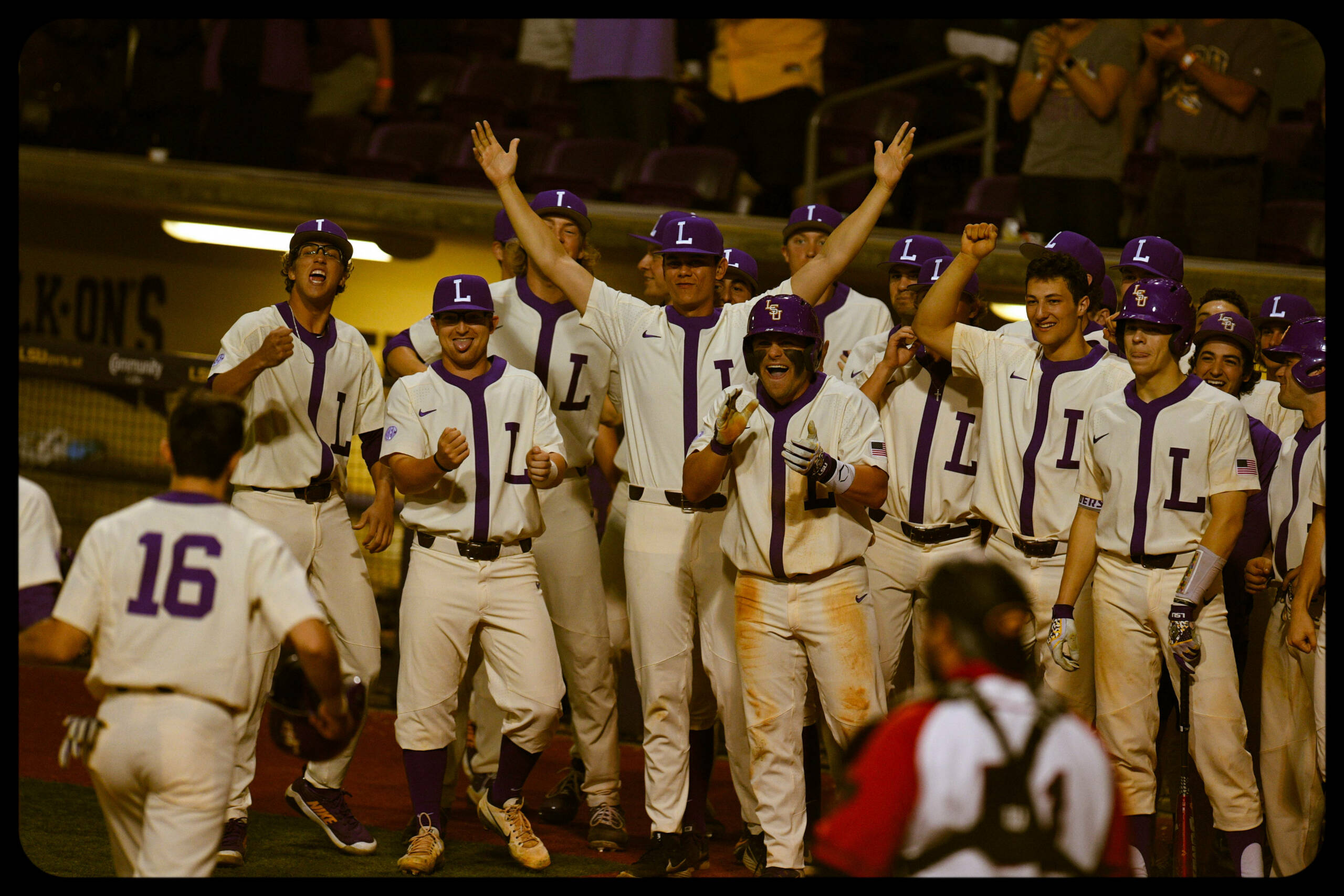 BATON ROUGE, La. – For the fifth straight game, the LSU baseball team recorded at least at 10 hits, and the No. 14 Tigers used three dingers on Throwback Night to propel them to a 10-3 victory over Grambling Tuesday night at Alex Box Stadium, Skip Bertman Field.

With the win, LSU improves to 5-3 on the season while Grambling falls to 4-5.

LSU will be back in action on Wednesday night as the Tigers will travel to Hammond for a 6 p.m. CT matchup with Southeastern Louisiana. The game may be heard on WTGE 100.7 FM in Baton Rouge and at www.LSUsports.net/live. It will be televised by Cox Sports Television and streamed on ESPN3.com outside of the CST footprint (see map).

Southpaw Nick Bush will get the start on the mound for LSU Wednesday night against the Lions.

“After Bryce hit the home run in the sixth inning, I thought our team really loosened up,” said LSU coach Paul Mainieri. “Then we were able to tack on some more runs as we had some great at-bats late in the game. This game was very stressful for the first five innings, but we played really good ball in the last four innings and pitched well.”

LSU used three pitchers in the game and recorded 14 strikeouts as a team. Freshman right-hander Ma’Khail Hilliard (2-0) earned the win for LSU after replacing Cam Sanders to begin the fifth inning. Sanders recorded eight strikeouts and gave up four runs—three earned. Daniel Cabrera entered the game in the ninth inning once the game was already well in hand. The freshman left-hander allowed one hit but was able to put up a zero in the top of the ninth.

Lefty Christian Marquez started for Grambling, but after throwing well for five innings, he was replaced by Andy Escano. LSU worked quickly against the right-hander who gave up seven runs—six earned. Right-hander Daniel Beizer replaced him in the seventh after the damage was done. He worked 1.2 innings of scoreless baseball.

Grambling got on the board first after Isaiah Torres drew a bases loaded walk in the first inning. Sanders preceded to strike out the next two hitters and escape the inning with minimal damage.

Rafael Ramirez III led the second inning off for Grambling with a double. After getting sacrificed to third base, he was able to score on a wild-pitch from Sanders.

In the third inning, Grambling added another run to their lead to make it 3-0. Ramirez scored on a squeeze bunt laid down by Chris Campbell. Sanders struck out D’Quan Matthews to end the inning and give him his eighth strikeout on the evening.

Antoine Duplantis led off the fourth inning for the Tigers with a single, giving him a five-game hitting streak. After stealing second, the centerfielder advanced to third when the catcher threw the ball into centerfield. With no outs and runners on the corners, Beau Jordan drove in Duplantis to get LSU on the board.

Hilliard replaced Sanders to begin the fifth inning, and he earned the win after pitching four innings of scoreless baseball. In the sixth inning, he recorded a perfect inning, in which he threw nine pitches for nine strikes to record three strikeouts.

LSU trailed 3-1 going into the bottom of the sixth, but the Tigers were due. Bryce Jordan came up to bat with Beau Jordan and Duplantis on base. Bryce Jordan unleashed a monster-shot to left-center – his second dinger of the year – to give LSU a 4-3 lead.

The following inning LSU opened the Throwback Game wide open. Hughes turned on a ball leading off the inning, launching his first career collegiate home run into the left field bleachers. Brandt Broussard followed that with a single, setting the stage for Bain. The designated hitter launched a blast off of the TV tower in centerfield to score two runs, marking the first home run of his career.

The Tigers were not finished. With just one out in the seventh, Hunter Feduccia tripled to right field, and after Beau Jordan reached base on an error, Nick Webre plated pinch runner Nick Coomes with a double. Jake Slaughter then scorched a single up the middle to pick up two RBI and finish the six-run LSU seventh with the Tigers leading 10-3.

In green? Watch on ESPN3. pic.twitter.com/uPmtWFbD6L