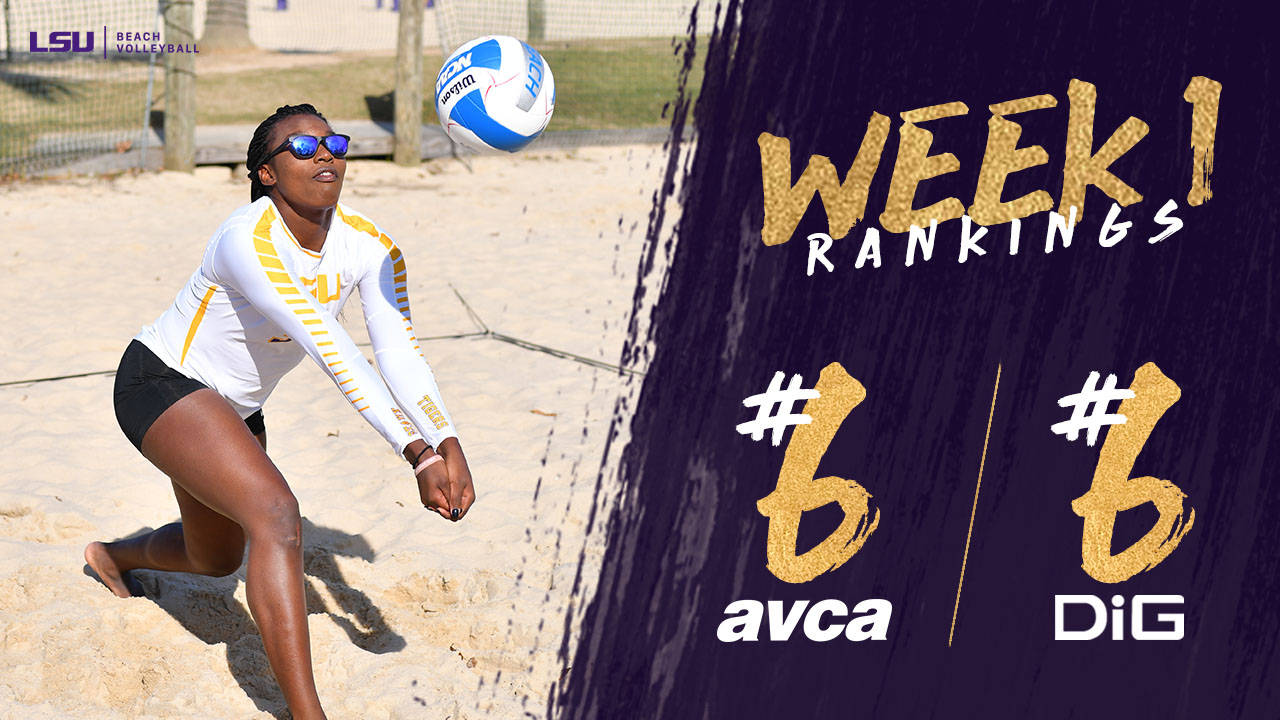 BATON ROUGE, La. – After going 3-1 in its 2018 season opining weekend at the GCU Beach Tournament in Phoenix, Arizona, the LSU Beach Volleyball team was ranked No. 6 in the AVCA Beach Volleyball Poll and volleyballmag.com poll.

This is the second consecutive week that the Tigers have come in at No. 6 in both polls. LSU was ranked in the top-10 all of last season and finished 2017 at No. 7.

The Tigers will travel to St. Augustine, Florida this weekend where they will compete in the UNF Beach Invitational. While they are there from March 3-4, they will square up against No. 13 Georgia State, North Florida, No. 17 Florida Atlantic and UNC Wilmington.

The Tigers’ first home tournament of the season will take place at Mango’s, off of Sherwood Forrest in Baton Rouge March 24-25. For the latest information on LSU’s beach volleyball team, fans can follow the Tigers on Twitter and Instagram @LSUbeachVB and @RussLSUbeach, or on Facebook by liking LSU Beach Volleyball.