Beach Volleyball Coppola and Nuss CCSA Pair of the Week 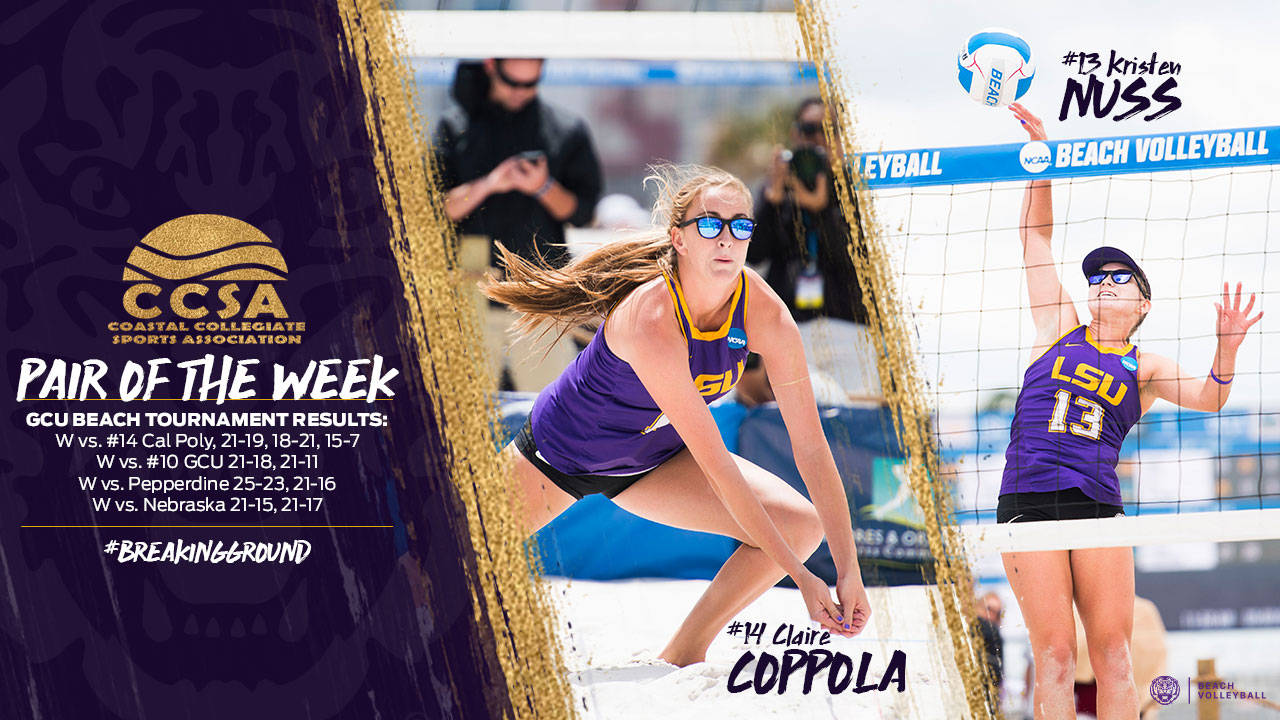 BATON ROUGE, La. – Sophomores Claire Coppola and Kristen Nuss of LSU Beach Volleyball were selected as the CCSA Pair of the Week on Tuesday for their performance in Phoenix, Arizona at the GCU Beach Tournament.

After being named to the CCSA Preseason All-Conference team last week, the Court 1 pair beat three top-15 schools to kick off their 2018 campaign.

The duo completed a perfect opening weekend on Saturday when they defeated the Nebraska pair of Annika Albrecht and Lauren Stivrens (21-15, 21-17), both of which were named AVCA All-Americans last season.

Prior, Coppola and Nuss took down three pairs from top-15 ranked teams in Cal Poly, Pepperdine and GCU.

Later on Friday, Coppola and Nuss squared up against the Mollie Turner and Katie Pyles of No. 10 GCU. The LSU pair defeated them in consecutive sets, 21-18 and 21-11. Turner was an AVCA Beach Volleyball All-American last season.

Early Saturday morning, Coppola and Nuss won LSU’s only game against No. 2 Pepperdine. The pair they matched up with was Deahna Kraft and Corinne Quiggle (25-23, 21-16). Quiggle was named a Volleyballmag.com All-American last season and Kraft was named to the WCA All-Freshman team. Coppola and Nuss downed them in consecutive sets by scores of 25-23 and 21-16.