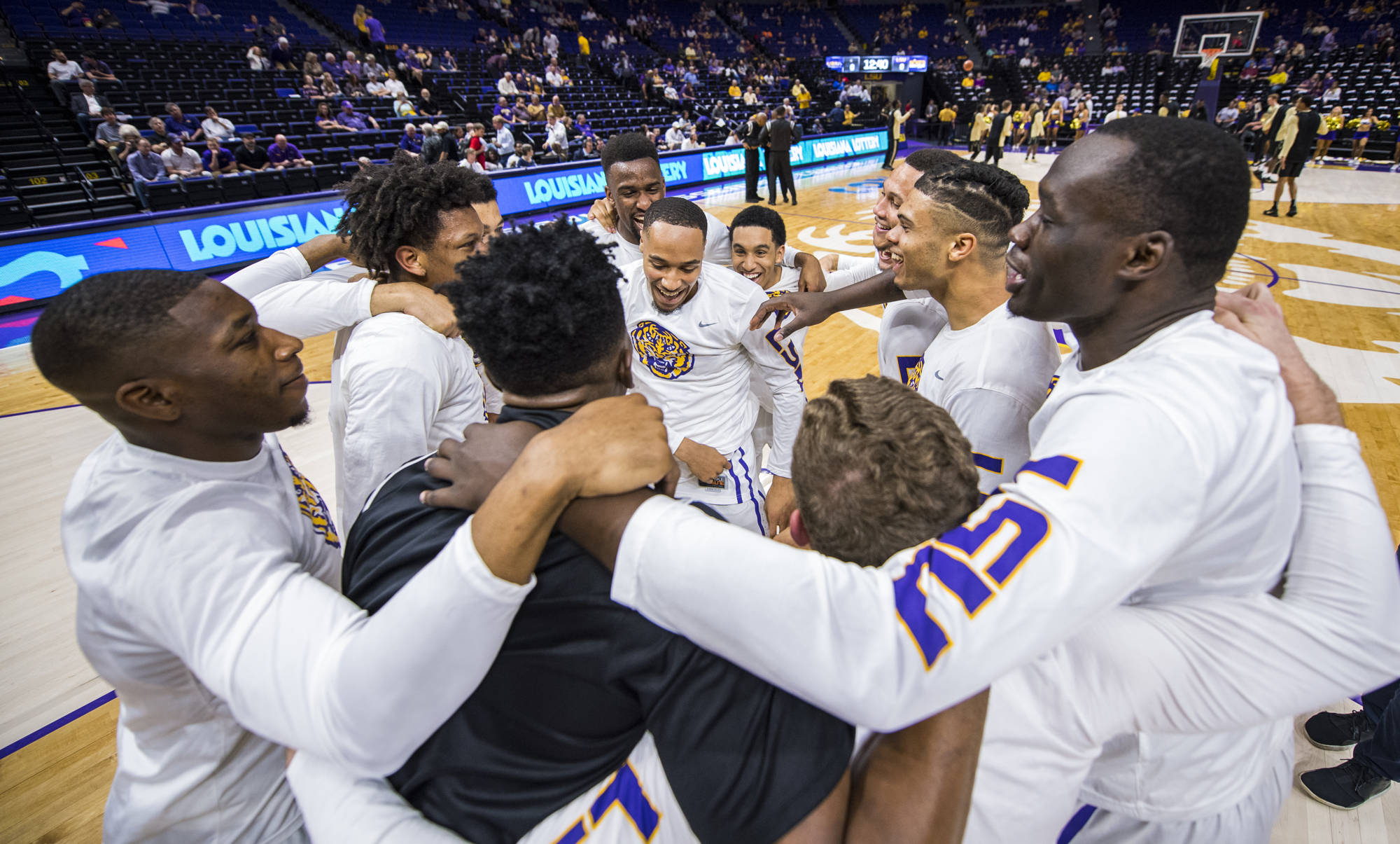 COLUMBIA, S. C. – The LSU Tigers will look to stop their league road losing streak at a most appropriate time Wednesday night as they face South Carolina at Colonial Life Arena.

The game is set for 6:30 p.m. EST (5:30 p.m. Baton Rouge time) and will air on the SEC Network with Roy Philpott and Brooke Weisbrod on the call. The game will be broadcast on the affiliates of the LSU Sports Radio Network (Eagle 98.1 FM the flagship in Baton Rouge) with Chris Blair and former Tiger basketball coach John Brady on the call.

The Tigers are 16-12 overall and guaranteed of a winning regular season and 7-9 in the SEC. South Carolina is 15-14 and 6-10 in the league. LSU is in a position of needing at least a win either Wednesday or Saturday at home against Mississippi State to earn a first-round bye in the tournament. The Tigers are in a three-way tie presently for ninth with Georgia and Texas A&M. One of those teams will go to eight in the league when they play later on Wednesday as well.

LSU will be looking to stop a six game league road losing streak after winning its first two road games at Texas A&M and Arkansas. However, the Tigers have a chance to close the regular season with a six game home winning streak if LSU can defeat Mississippi State in the home finale on Saturday at noon.

This will be the first and only meeting of the regular season between the Tigers and Gamecocks in a series in which Carolina has won the last two meetings to go up 17-15.

Chris Silva leads the Gamecocks, averaging 14.1 points and 7.8 rebounds a game while Frank Booker averages 11 .5 points a game. South Carolina lost in its last game on Saturday, 72-68, in overtime at Mississippi State. South Carolina has won its last two games at home against No. 10 Auburn (84-75) and Georgia (68-57).

LSU is coming off a 93-82 loss in Athens to Georgia in which Tremont Waters scored 25 points, Skylar Mays 20 and Daryl Edwards 11 points.

Late Monday afternoon Coach Will Wade met with the media and here are some of his comments concerning the game and the seniors that will be honored later this week:

Opening Statement …
“… We have a game actually on Wednesday against South Carolina. Big challenge for us. The game on Saturday against Georgia was tough. We got physically whipped, physically annihilated a little bit down there. The scary part is that South Carolina has beaten Georgia twice. South Carolina has pretty much done the same thing to Georgia that Georgia did to us. We are going to have to really ramp it up these next couple of days to give ourselves an opportunity in Columbia. Coach (Frank) Martin does a great job, obviously coming off a Final Four season. They are tough, they are physical. Their big (Chris) Silva is tremendous. Their guards, Hassani Gravett and (Frank) Booker is making threes. He is a grad transfer. They do a great job and it will be a big challenge as we move forward to Wednesday.”

On the seniors and what they mean to the program …
“They have been phenomenal. Randy (Onwuasor), the fifth year thing can go bad when you don’t play as much as maybe your expecting. Randy certainly wishes he played more, and maybe I should have played him more in some spots. He has been an unbelievable teammate. He has continued to work hard all throughout the season. He has played through some knee injuries. He has had some issues there. Really pleased and proud of him that he stuck with it when it would have been easy to mail it in and go home as a fifth-year senior when things didn’t go exactly how you want.

“Duop (Reath) is an extremely hard worker. Duop and (Aaron) Epps are two of our hardest workers. Duop is somebody who brings it every day and tries so hard because he wants to be so good. He is a phenomenal person off the court. Very caring person. I am proud that I got to coach him. Just love Epps. He teetered this summer. He wasn’t quite sure that this was all for him. To see him jump all in and believe in what we are doing, believe in us and see it pay off. He looked at me in the hallway in Arkansas and he said ‘Coach you were right, it was all worth it.’ That makes you feel good as a coach, that you are able to impact him a little bit. That if you do the right stuff and stick with stuff, good things happen to you. I think all three of them have made a big impact on our program.

“Reed (Vial) as well is going to participate in the senior day ceremonies. This will be his last year playing for us, but he is going to join us as a graduate assistant next year and start working on his grad degree. Reed is a tough kid. He is a good player. He gets in practice and takes charges, just like he did in the Arkansas game. We are going to miss him as a teammate, but we are happy that he is going to stay around our program and stay around Baton Rouge. Hopefully we can continue to impact him as he moves forward into graduate school and beyond.”

On South Carolina …
“They have two bigs. Obviously, we struggled with (Derek) Ogbeide and (Yante) Maten (from Georgia). They have Silva and (Maik) Kotsar and all those other guys. They shoot it better than Georgia does. They are so physical and so tough defensively. I just worry about us turning the ball over a lot. We kind of lost our mind a little bit on the road a couple of times. For whatever reason, we have been able to withstand one punch on the road, it is the second punch that has knocked us out. They are going to keep coming at us so we need to hang in there. It is no secret that we struggle with grind it out teams and South Carolina is certainly that. They pose an issue to us on the backboards. If we can keep it manageable on the backboards and not get annihilated like we did on Saturday, which would be advisable for us to have a chance to win. We need to do that and not get hurt on the backboards, value the ball, not turn the ball over, and be able to guard them inside and not let them have layup lines at the front of the rim. We gave up over 90 points to a team that struggles to score 60 points most days. That is problematic.”

On if he thought the SEC would be as good as it is …
“I knew it was going to be really good. I think the league has eight teams that can make the second week of the NCAA tournament. That is how good the league is. I think there are a couple of teams that can go further than that. It is very balanced with really good teams. Sometimes when you have a logjam with a bunch of teams in the middle, they think it is a logjam of mediocre team. It is a logjam of really excellent teams that are going to make a lot of noise in the NCAA tournament.”