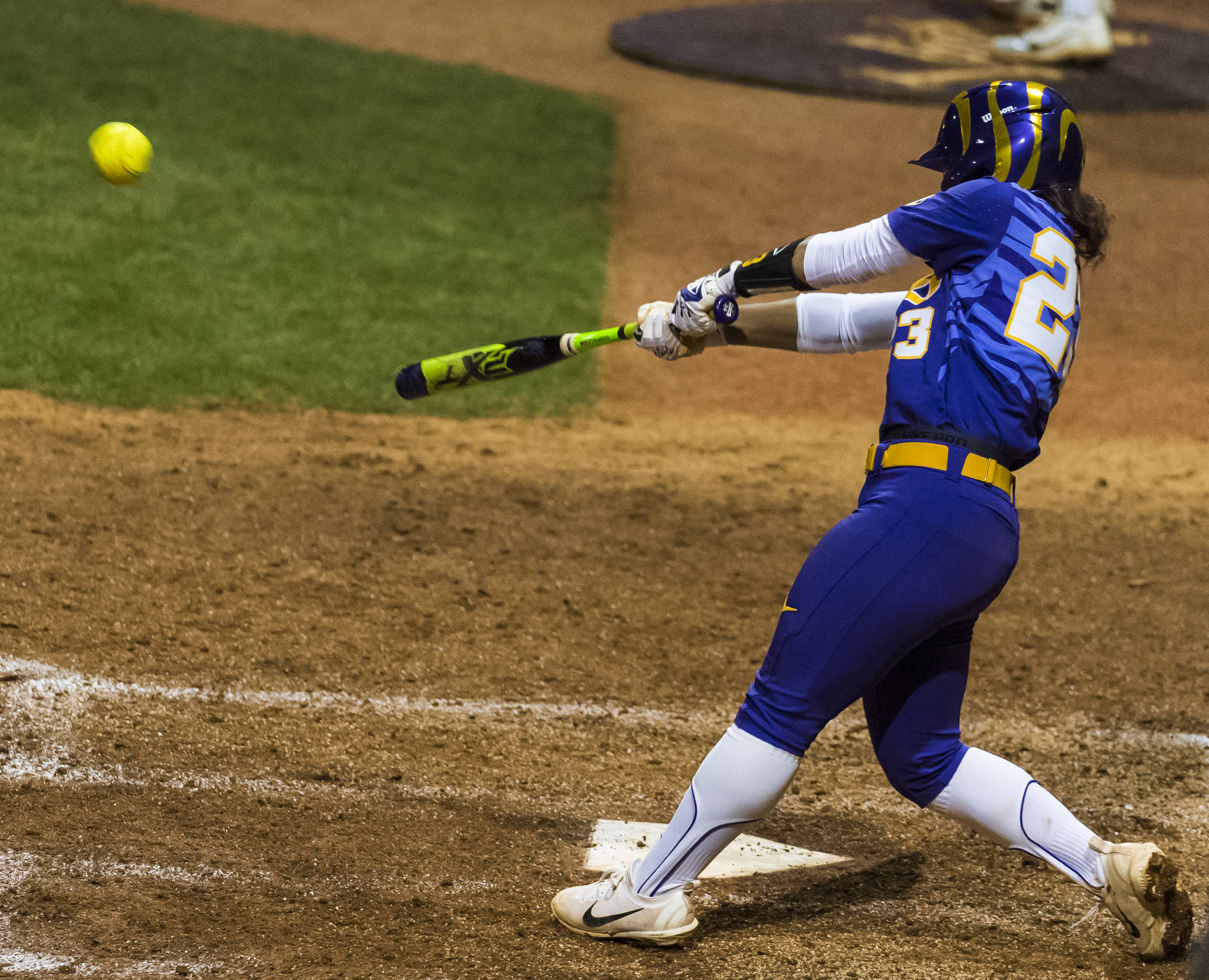 CATHEDRAL CITY, Calif. – The seventh-ranked LSU softball team dropped its final game of the Mary Nutter Collegiate Classic Sunday morning, falling to No. 5 Oregon, 4-0. The Tigers are now 14-2 on the season.

The Tigers only pounded out two hits for the game. Junior Shemiah Sanchez singled through the left side to lead off the second inning but she was stranded as the next three Tigers were retired in order.

LSU’s second hit of the game came in the final inning as Amanda Doyle singled to right center. She tried to stretch the hit into a double but was thrown out at second.

Oregon got on the board first in the second inning after a home run off senior starter Carley Hoover, taking a 2-0 lead.

With two outs in the second inning, Becca Schulte committed a fielding error, which led to two more runs for the Ducks, giving them a 4-0 lead for the rest of the game.

Hoover took the loss in the circle for the Tigers, her first of the season. She is now 6-1 on the year. She allowed four runs, two unearned, off three hits, while striking out six and walking three in seven innings of work.

Notes
>> Hoover threw her seventh complete-game of the season Sunday, falling for the first time. She is now 6-1 on the year.

On Deck
LSU returns home next weekend, playing host to the LSU Invitational. The Tigers welcome in Illinois State, McNeese State, Purdue and Florida Atlantic. LSU will open up the tournament with Illinois State and McNeese State at 5 and 7:30 p.m. on Friday.