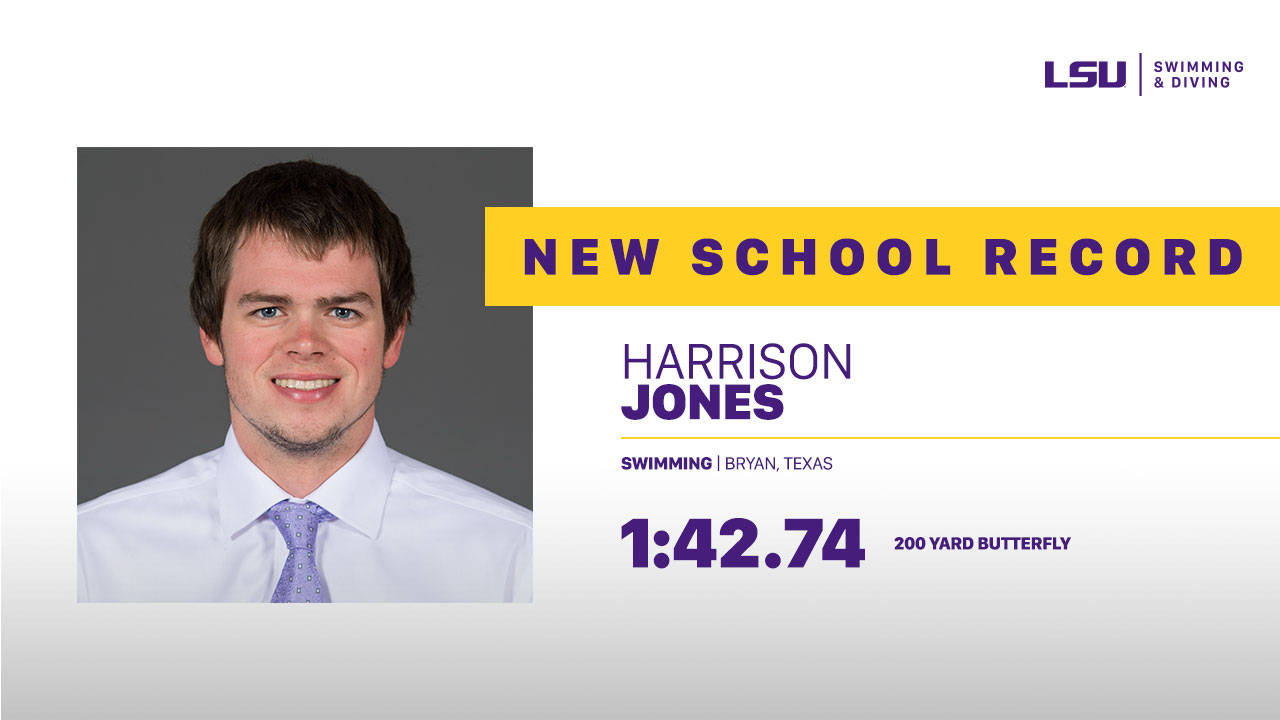 Jones, swimming just five miles from his hometown of Bryan, Texas, broke his own school record in the 200 fly by .1 seconds, coming in with a time of 1:42.74.

Jones had set the new school record just last week in the same pool during the 2018 SEC Championships.

With the new record, Jones has improved his chances of reaching next month’s NCAA Championships.

“Harrison’s swim was awesome,” said associate head coach Jeana Kempe. “He knew he needed to drop time to increase his chances of making the NCAA Championships next month, and this helps immensely. Today’s swim showed his will to compete for both himself and this team. He really wants this, and it showed today. “

Megan Loop, a junior for LSU, also set a personal best in the women’s 200 free finals, where she swam a 1:50.89 to finish fifth. Loop dropped over three seconds from her previous lifetime best, which she set last November in College Station as well.

Sophomore Lauren McIntosh was the third woman to set a personal-best, as she swam a 23.28 in the women’s 50 free.

Freshmen Jeffrey Snoddy and Braden Nyboer joined Jones in setting personal-bests. Snoddy swam a lifetime-best 56.26 seconds in the 100 breaststroke, while Nyboer swam a 1:43.39 in the men’s 200 free to finish third overall.

“This group has been phenomenal,” said Kempe. “It’s been really fun working with these guys. Miranda is having a great meet. To get two PR’s today is proof that what she’s doing in training is really paying off. The same goes for Megan. To drop two seconds off her lifetime best today was great for her. I’m excited to see what this group can do tomorrow.”