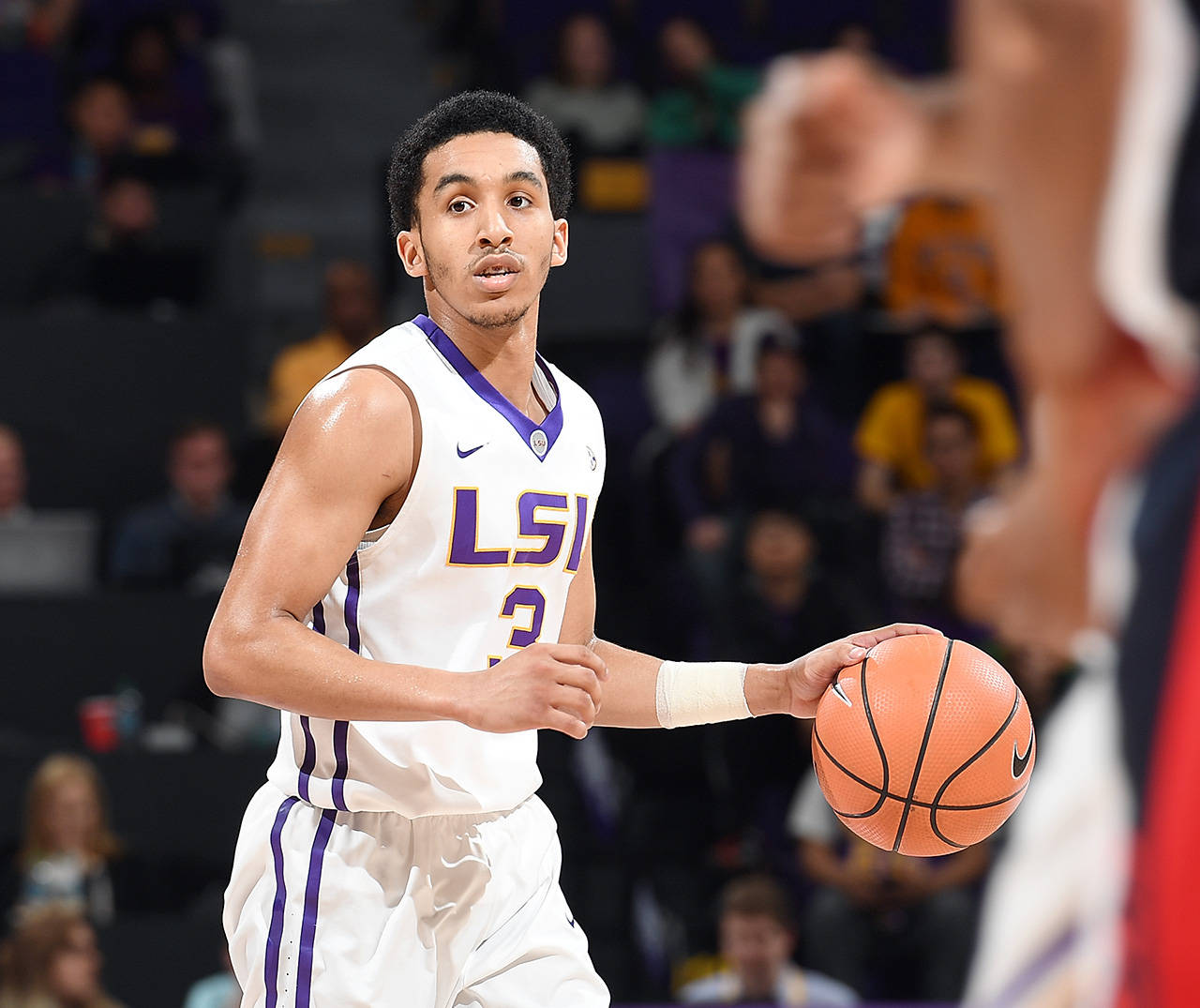 ATHENS, Georgia – The Georgia Bulldogs sent LSU to a road loss on Saturday with the help of a 9-3 run in the final three minutes of the first half and an 11-0 run to open the second half that resulted in a 93-82 decision for the Bulldogs over the Tigers at Stegeman Coliseum.

With an A&M win over Vanderbilt in Nashville shortly after the LSU game ended, the Tigers, Bulldogs and Aggies are in a three way tie for ninth place at 7-9 entering the final week of the season. LSU is 16-12 overall. A&M and the Bulldogs still have a game remaining. Two of the teams if this holds would get the bye for Thursday’s second round while one of the teams would be forced to play in Wednesday’s first round.

LSU was down by as many as 22 points after the blitz by the Bulldogs, but the Tigers continued to play hard and try to stop Georgia’s momentum and in the final 4:56, LSU outscored the Bulldogs, 21-12.

For the third straight game, Tremont Waters was over 20 points with 25 points and three assists. Waters made 6-of-20 shots, five of which were three-pointers and 8-of-11 at the free throw line.

Skylar Mays had a career high six steals and scored 20 points, hitting 6-of-12 field goals, including 2-of-6 treys and 6-of-7 at the free throw line.

Georgia’s Yante Maten had 27 points on 10-of-14 shooting and 7-10 at the line to go with six blocks and 11 rebounds. Derek Ogbeide also doubled up with 10 points and 10 rebounds and Juwan Parker had 15 points and nine boards.

Georgia owned the board with a 49-34 advantage, but while LSU committed 16 turnovers to Georgia’s nine, LSU converted better to the tune of 20-9 on points off turnovers. There were a total of 50 fouls in the game and that led to 68 combined free throws. LSU made 16-of-23, Georgia 28-of-45.

LSU’s six three-pointers in the first half was helping to keep within range of the Bulldogs, who were dominating things on the inside and getting to the free throw line. A Darryl Edward jumper shot cut Georgia’s lead to 36-31 with 2:58 to go in the first half but the Bulldogs responded and closed the half on a three-pointer by William Jackson II and a buzzer beating tip by Ogbeide that pushed Georgia out 45-34 at the half.

The Tigers continued to battle and a Wayde Sims dunk with 29 seconds to play got LSU within nine points before Georgia added the final two points appropriately at the free throw line.

Mays’ one assist in the game was his 200th for his career and he became the 33rd player in LSU history to record at least 200 assists in their career.

LSU concludes the regular season next week with two games – Wednesday night at South Carolina (6:30 p.m. ET, 5:30 p.m. BR time) and then Saturday at noon at the Maravich Center against Mississippi State. Senior tribute ceremonies will start at approximately 11:40 a.m. on Saturday. Both games will be televised by the SEC Network and broadcast on the affiliates of the LSU Sports Radio Network. Tickets for the LSU-Mississippi State game are available at LSUtix.net.

POST-GAME QUOTES
LSU COACH WILL WADE
Opening Statement:
“Georgia played well. I thought Maten, obviously their big guys, they were the difference. They had their way with us down low and when we could get a stop, we couldn’t get the rebound. They imposed their will on the backboard and in the paint and we just weren’t able to compensate for that. It’s pretty simple, that’s all there was to it.”

Seemed like Duop Reath wasn’t getting as many touches down low in the paint. Was that because of how Yante and Ogbeide were guarding him?…
“Yeah, he was catching it too far out and wasn’t able to establish deep post position and that hurt us.”
—

GEORGIA HEAD COACH MARK FOX
On the game…
“Obviously a good win for our team today. LSU is really a hard matchup. Tremont Waters is one of the leading candidates for freshman of the year. He makes everybody better, he scores the ball. We were a little concerned about that matchup and he got 25 tonight, so I wasn’t really pleased with the job we did there. We did a lot of other things well. We rebounded well. We found a way to win and we finished a lot of plays. These wins are hard to get so we feel good about the victory.”