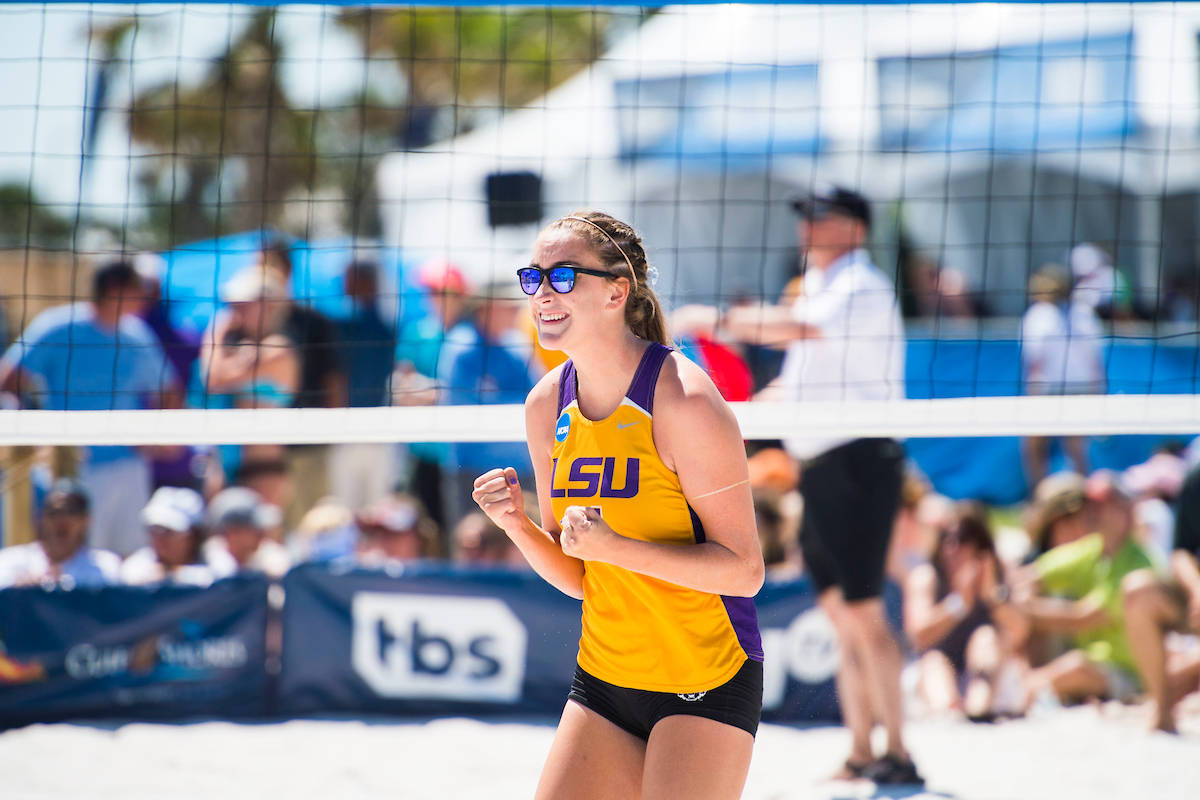 PHOENIX, Ariz. – The LSU Beach Volleyball team finished their weekend at the GCU Beach Tournament this morning with a win 5-0 against Nebraska. The Tigers lost to No. 2 Pepperdine in the first match of the day, 4-1. LSU finished opening weekend with a 3-1 record.

LSU will be back in action next weekend at the UNF Beach Invitational on March 3-4.

Against Pepperdine, No. 3 pair Olivia Powers and Maddie Ligon fell in consecutive sets against Pepperdine by scores of 21-11. The Tigers came back with Claire Coppola and Kristen Nuss who, on Court 1, won 25-23 and 21-16 to even the match at 1-1.

“We didn’t play our best against Pepperdine, but to be in all of those matches is encouraging,” said Brock. “When we get those opportunities we can’t let them slip by. We play Pepperdine a few more times this year. We will need to continue to progress as a team and as a program”

LSU matched up with Nebraska later in the morning and it jumped out to an early 2-0 lead. First, the No. 4 pair of Allen and Davenport won in consecutive sets, 21-5 and 22-20. Hardesty and Tillis took Court 5 shortly thereafter with scores of 21-13 and 21-16.