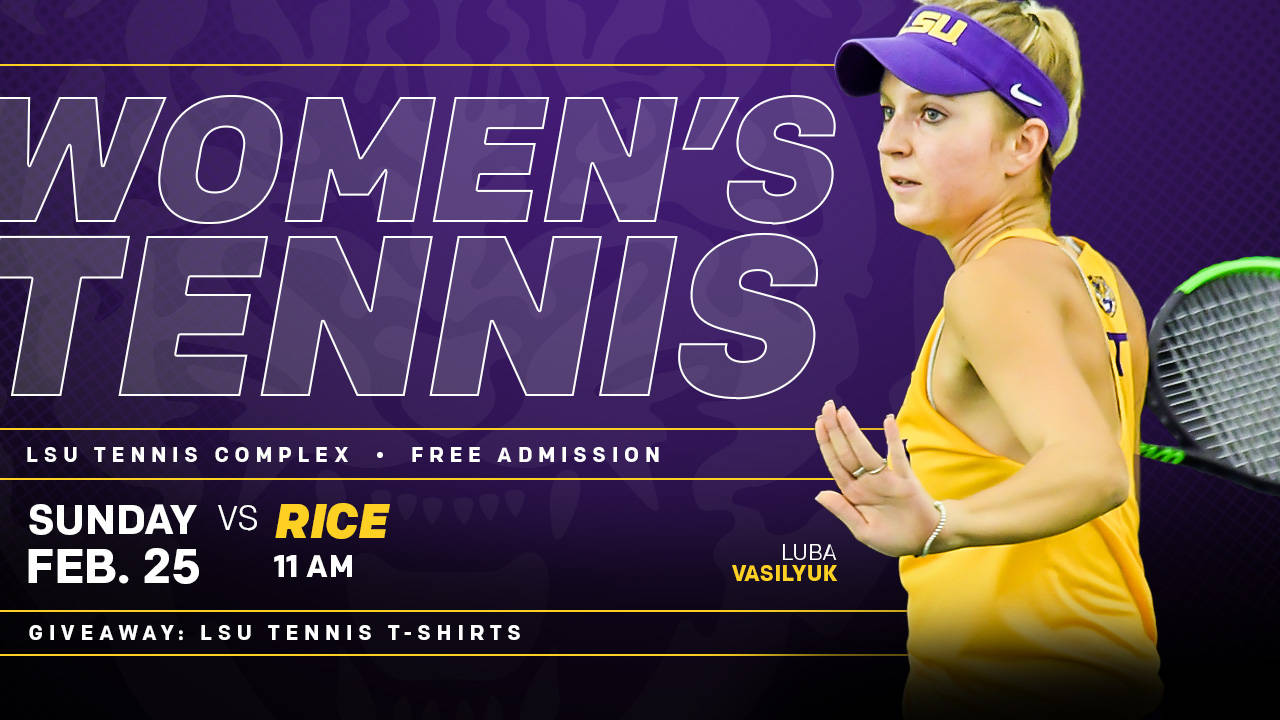 BATON ROUGE – The LSU women’s tennis team will host No. 39 Rice University in LSU’s final non-conference match of the regular season on Sunday at 11 a.m. CT at the LSU Tennis Complex.

The Rice match will be LSU’s sixth of its current eight-match home stand. The Tigers are a perfect 7-0 at the LSU Tennis Complex this season after picking up a pair of strong wins against Tulane and Southeastern Louisiana on Tuesday.

Reigning SEC Freshman of the Week Eden Richardson leads the team with 18 total singles wins and junior Jessica Golovin has the team lead with nine dual singles wins. Golovin is in the midst of a career-best 11-match unbeaten streak, LSU’s longest win streak since the 2015-16 season.

Golovin and captain Ryann Foster are the only active players with experience playing against Rice; Foster clinched the doubles point and picked up a singles win in LSU’s 5-2 win in the 2016 season.

The Owls are coached by Elizabeth Schmidt in her tenth season with the team. Schmidt has coached Rice to six consecutive NCAA Tournament appearances and five consecutive Conference USA titles.