Gymnastics Takes Down Georgia with a 197.575 in Athens 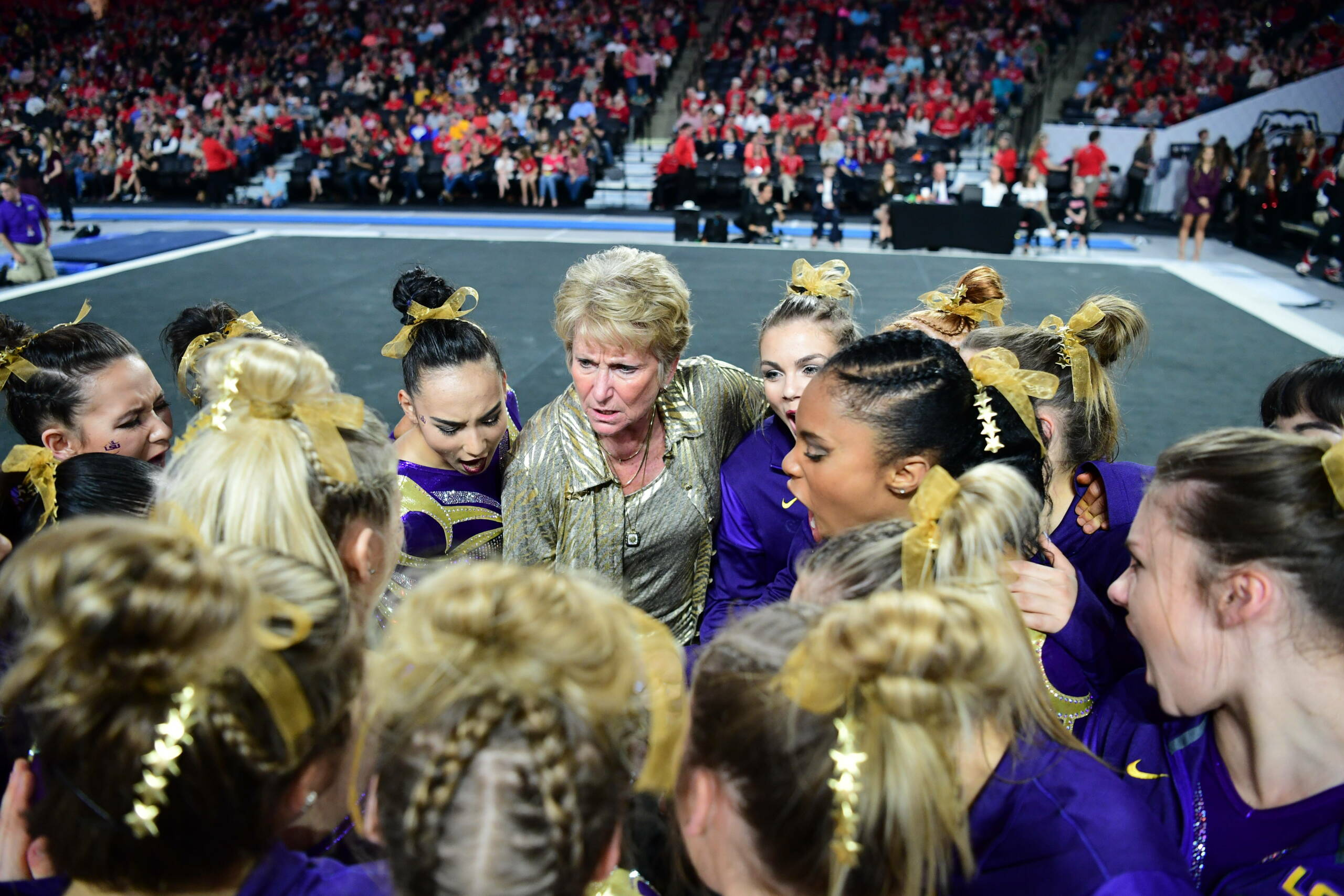 ATHENS, Ga. – The second-ranked LSU gymnastics captured at least a share of the Southeastern Conference regular season title with a 197.575 for the program’s first win in a regular season meet in Athens since 1983, Friday night in Stegeman Coliseum.

The Tigers (12-1, 6-0 SEC) need a win next Sunday at home against Auburn to capture the title for a second-straight year. First vault is set for 2:35 p.m. CT, and tickets for the meet are available at LSUtix.net

The score of 197.575 marked the highest in Athens in a regular season meet. The Tigers’ team score was the highest in a true road meet and third-highest score of the season anywhere.

“We hit 24 sets, which was really what we wanted to do in this environment,” head coach D-D Breaux said. “I think crowds like these will make us better as the season goes on. This win just mean a lot. It means a lot for our team, for (associate head coach) Jay Clark, for Sami (Durante), our alumni, and the fans that came out. It was a great Tiger night.”

Bars Opens with Solid 49.425
Three Tigers posted a 9.90 or higher in the opening rotation to give the squad a lead after one rotation. Senior Myia Hambrick scored a 9.875 and sophomore Ruby Harrold followed with a 9.85. Kennedi Edney, Lexie Priessman and Finnegan then followed with scores of 9.90.

Finnegan, Hambrick Win Vault
LSU went into vault and extended its lead 98.725-97.850 over Georgia with a 49.300 in the second rotation. Finnegan and Hambrick earned the wins on the event with scores of 9.90. LSU also used a 9.85 from Edney and 9.825s from freshman Sarah Edwards and junior Julianna Cannamela.

Beam Closes Out the Win for the Tigers
Finnegan anchored the Tigers’ beam lineup that went 49.425 to wrap up the meet with a 9.95. Erin Macadaeg led off with a 9.80. Hambrick followed in the second spot with a 9.925. To close out the meet, Desiderio tied her career high with a 9.90, freshman Reagan Campbell went 9.85, and Finnegan closed the win.