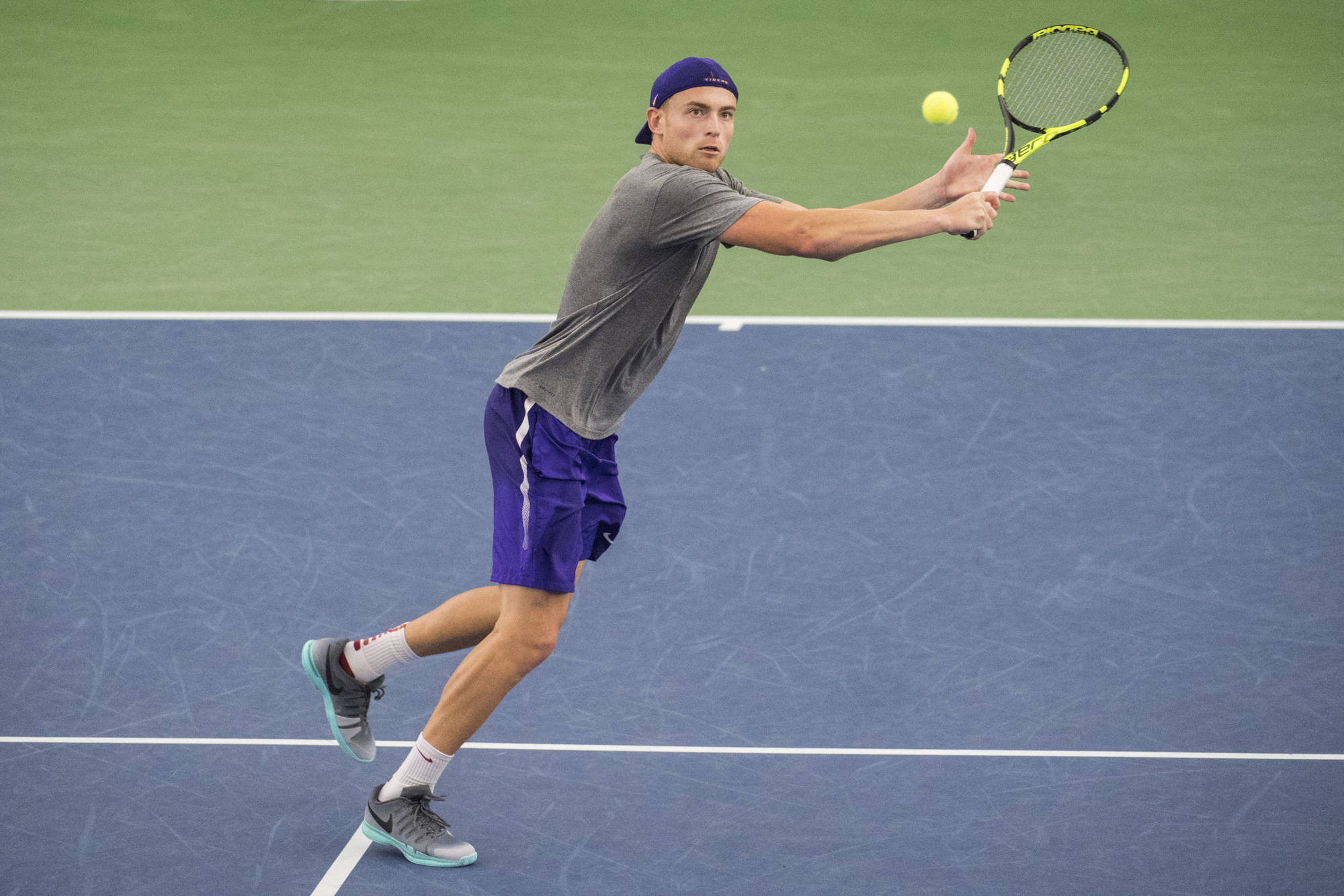 BATON ROUGE, La. — The LSU men’s tennis team capitalized on momentum from a strong doubles showing and continued with the positive energy in singles play to sweep the Nicholls Colonels, 7-0, Friday afternoon at the LSU Tennis Complex.

With the win, LSU improves to 7-3 overall while Nicholls 2-3.

Co-Head Coach Andy Brandi on the Match
“We did a very good job as far as having a lot of energy from the beginning and sustaining the energy throughout the match,” co-head coach Andy Brandi said. “One of the things we have felt throughout all of our matches we have played is that the other team has had more energy over longer periods and longer stretches than we had. I thought the match against North Florida was the start, but today was the best match that we have played emotionally all year.”

“We all felt like Shane Monroe stole the show today,” Andy Brandi added. “He played great doubles, but during the singles, he also did all of the things that we have been asking him to do during the practices. It really showed in the way he played.”

Doubles Point
The Tigers jumped out to the quick 1-0 lead, clinching the doubles point in under 30 minutes.

Monroe and Stewart Block snatched the 6-1 win on court three from Leo Santos and Alvaro Barranco, and sophomore pair Rafael Wagner and Agie Moreno worked a dominant 6-2 win against Lewis Cox and Néstor Giribet Lopez on court two as LSU moved into singles play with the advantage.

Singles Results
Moreno was the first Tiger to finish singles play. The sophomore gave LSU the 2-0 advantage with a convincing 6-2, 6-1 win on court five against Cox.

Nikola Samardzic notched his 10th win of the season and clinched the match with a solid 6-2, 6-1 victory on court four, propelling LSU to a 4-0 score.

The Tigers finished out singles play with wins on courts six, one and five, respectively to finish the sweep.

Block worked a 6-0, 6-4 win against Eduardo Marino on court six, and Monroe recorded an outstanding 6-2, 6-3 victory against Oleksander Podgursky on the top court. Wagner finished the sweep on court three with a 6-4, 6-1 win.

Next Up
LSU opens Southeastern Conference play on Friday, March 2 at Arkansas. The Tigers and Razorbacks will meet at 6 p.m. CT at the Billingsley Tennis Center.