LSU Comes Back to Defeat Nevada, 5-2 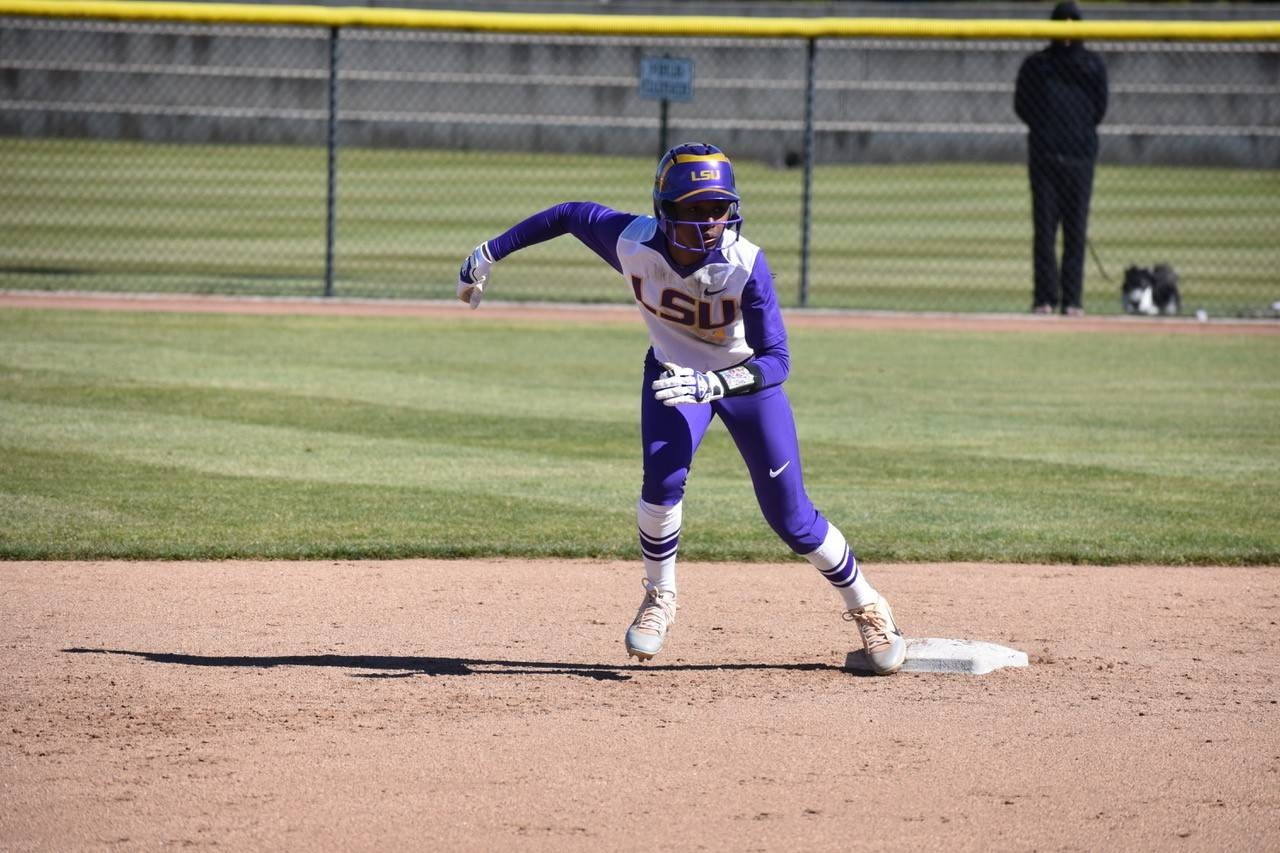 STOCKTON, Calif. – After trailing 2-0 in the second inning, the seventh-ranked LSU softball team came back to defeat Nevada, 5-2 Friday at the Libby Matson Tournament. The Tigers remain unbeaten at 13-0.

After Nevada put up two runs, the Tigers used four runs in the third inning to take a 4-3 lead. Senior Allie Walljasper led off the inning with a blast over the left field wall, her first of the season. Freshman Taryn Antoine followed with a bunt single. She came around to score on an Amanda Doyle walk, tying the game up at 2-2.

The Tigers took the lead for good on a Sydney Springfield ground out to third, scoring Andrews. LSU would extend its lead to 4-2 on a fielding error by Nevada, scoring Amber Serrett.

Another run came across for the Tigers in the fifth as Serrett scored on a sacrifice fly by Becca Schulte.

After the two runs for Nevada came across, starting pitcher Maribeth Gorsuch settled down and did not allow another run. She allowed six hits on the game and tallied four strikeouts in seven innings of work.

Torina’s Thoughts
“It was great to see Allie (Walljasper) hit a home run in front of her own fans. Also, it was great to see Maribeth (Gorsuch) go out and give us a solid performance. She needed that and so did the team. We will be tested here in the next two days. We need to continue to grow and get better all the time. We have the opportunity to do that in the next couple of days.”

Notes
>> Gorsuch improves to 2-0 on the year with the win. It was her second complete-game of the season and her first seven-inning performance in her career.

Next Up
LSU heads to the Mary Nutter Collegiate Classic Saturday and Sunday in Palm Springs, California, facing Fresno State, No. 3 UCLA and No. 5 Oregon. Saturday’s games are slated for 4:30 p.m. CT and 7 p.m. CT. Sunday’s game with Oregon will be played at 11 a.m. CT.