Softball Claims Two Shutouts on Day One of Libby Matson 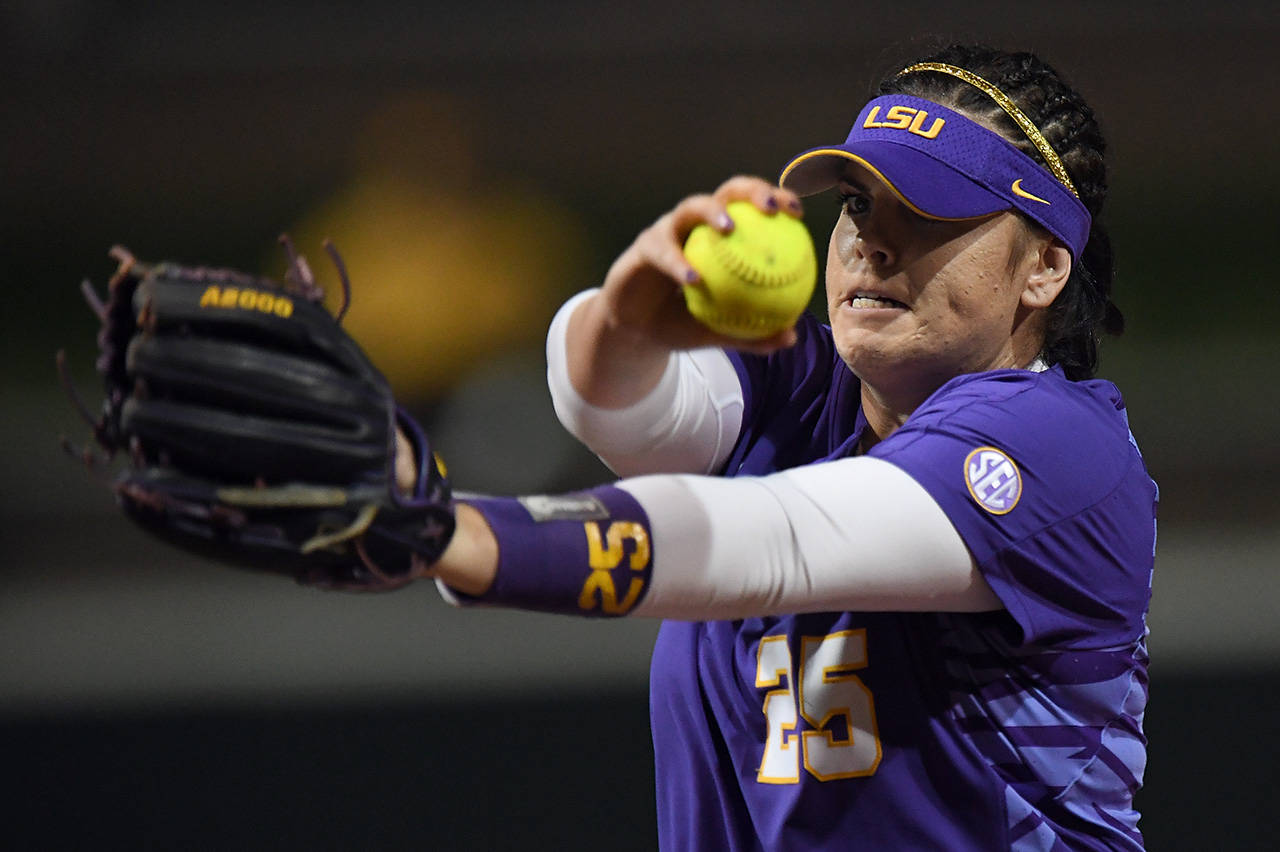 STOCKTON, Calif. — The seventh-ranked LSU softball team picked up two shutout victories on day one of the Libby Matson Tournament, defeating San Jose State, 4-0 and Pacific, 9-0 in five innings. The Tigers improve to 12-0 on the season.

Juniors Amber Serrett and Becca Schulte led the Tigers at the plate, both hitting .667 on the day. Serrett and Schulte had a combined seven RBI on the day. Sophomore Amanda Doyle added four hits and two RBI.

Seniors Allie Walljasper and Carley Hoover both earned their fourth victories on the year in their fifth complete-games of the season. It was the fourth shutout for each Walljasper and Hoover. The two combined for 19 strikeouts with 10 and nine, respectively. Both improve to 5-0 on the year.

Game One
The Tigers opened up the scoring with three runs in the first inning. Sophomore Aliyah Andrews scored on an Emily Griggs double down the left field line. Doyle followed with her second home run of the season over the right field wall, giving the Tigers a 3-0 lead.

LSU tacked on another run in the third inning. Serrett singled through the left side to score Doyle.

Hoover continued to keep San Jose State off balance as she tallied nine strikeouts on the day. She allowed five hits and walked just one in seven innings of work.

Game Two
After two scoreless innings, the LSU bats exploded scoring two runs in the third and seven runs in the fourth.

The fourth inning started off with a Sydney Springfield single up the middle. Schulte followed with her first home run in a Tiger uniform, giving the Tigers a 4-0 lead. Andrews scored on Serrett’s single through the left side. With one out, Shemiah Sanchez cleared the bases with a three-RBI double to right center, extending LSU’s lead to 8-0. The final run came across on a Schulte single up the middle.

Walljasper, pitching in front of a home California crowd, allowed just three hits and struck out 10 in her five innings of work. She did not allow a runner past first base.

Torina’s Thoughts
“It was great to make a trip to Pacific and bring Allie Walljasper to play in front of her friends and family. Overall, the team did well. We had two really solid pitching performances. We have continued to be consistent, which is huge for us. The offense was able to breakout for a solid performance in the second game.”

Notes
>> The five-inning victory over Pacific was the third game on the season that the Tigers have won in five innings.

>> Carley Hoover and Allie Walljasper both improve to 5-0 on the season. With Carley Hoover‘s seven innings, she is now fifth on LSU’s all-time list in innings pitched at 557.1.

Next Up
LSU finishes up the Libby Matson Tournament Friday, facing Nevada at 1 p.m. CT. The Tigers will head to the Mary Nutter Collegiate Classic Saturday and Sunday.