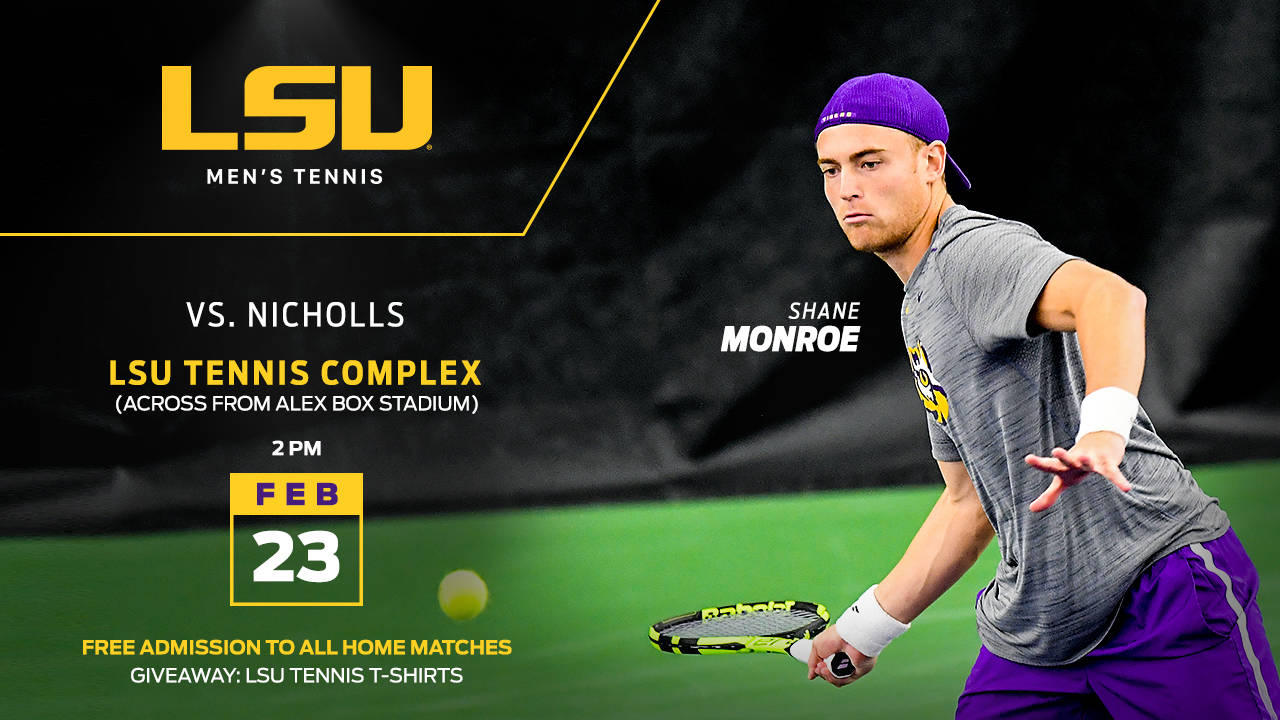 Fans can follow the match on Twitter @LSUtennis. Live stats will be available at LSUstats.com, and video can be found at LSUsports.net/tennisvideo.

“We have had a few weeks off to focus on specific areas of our game, and it will be good to finally get back out there and see if we are on the right track heading into the second half of the season,” co-head coach Chris Brandi said.

LSU is 5-0 against Nicholls all-time. The Tigers and Colonels last met in 2016 when LSU earned the 7-0 win at the LSU Tennis Complex. Current Tigers Gabor Csonka and Nikola Samardzic earned wins on courts four and five, respectively.

The Tigers are currently 6-3 on the season after earning a 6-1 win against North Florida on February 9. Rafael Wagner earned his team-best 11th win with a 6-4, 6-3 victory on court three, and Samardzic notched his 10th win of the year, dating back to the fall season.

Csonka and Julian Saborio remain solid on court one with a perfect 4-0 record in doubles play. Duo Agie Moreno and Wagner are 3-0 on court two while newcomer pair Stewart Block and Shane Monroe are 5-1 on court three.

Notes on the Colonels

Nicholls is 2-2 on the season and is currently coming off of losses at Tulane and at home against Xavier. The Colonels swept Mississippi Valley State in a double header to open the season on February 2.

Alvaro Barranco plays court one for the Colonels, and he holds a 2-1 record while Nestor Giribet Lopez has a 2-1 record on court three. Each of the Colonels doubles pairs has at least two wins on the dual season.