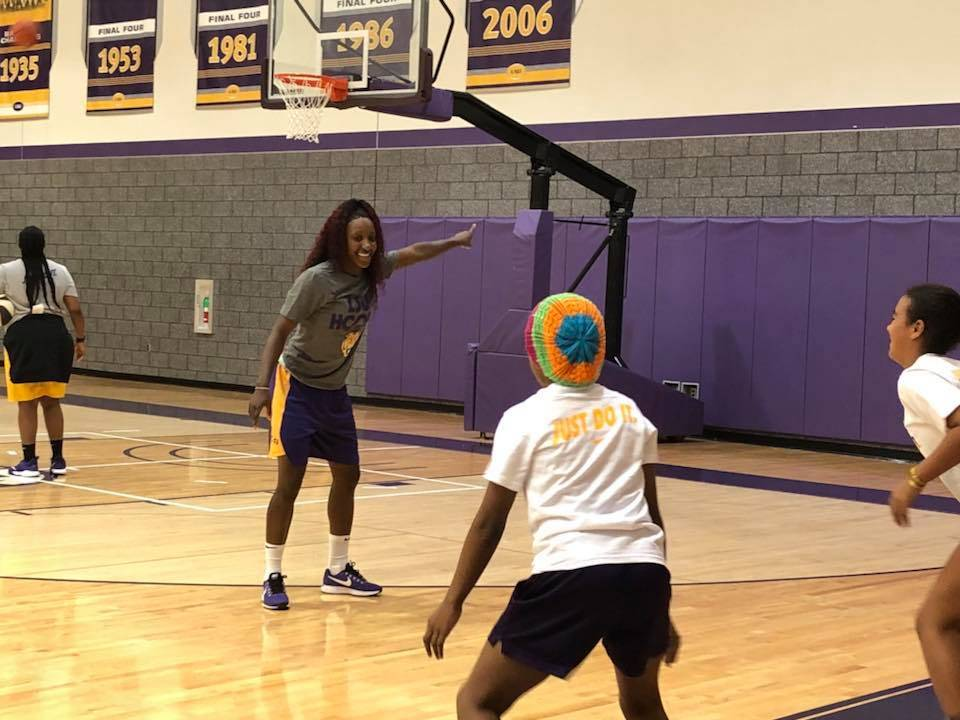 The native of Fort Lauderdale, Florida, is an electrical engineering major and this season became the only LSU player to record 1,600 points, 700 rebounds, 250 steals and 300 assists in a career.

Off the court, Louis has been a team leader in the area of community service, most recently joining the coaching staff at Southside Downs in Baton Rouge to help the residents celebrate Mardi Gras and was joined by her teammates around Christmas to sing carols and visit with the residents.

Over her five-year career in the Purple and Gold, Louis has served as a counselor/coach for various team camps and clinics around Baton Rouge and tutored at the Full Gospel Christian Center. Team service activities have included working with Toys for Tots, youth Halloween events and volunteering with the Alzheimer’s Walk/Run.

Louis, the former Raigyne Moncrief before marrying former LSU football player Lamar Louis in July 2017, has also volunteered at Charlie’s Place, an activity and respite center for individuals with early to mild stage Alzheimer’s and dementia-related disorders designed to provide cognitive stimulation and social interaction while giving caregivers a much-needed break. She also volunteers at the YMCA and with other organizations in Baton Rouge to organize activities and read to local youth.

No. 24 LSU faces No. 7 South Carolina tonight in the only nationally-ranked pairing of the week. Game time is set for 5:30 p.m. CT on the SEC Network.