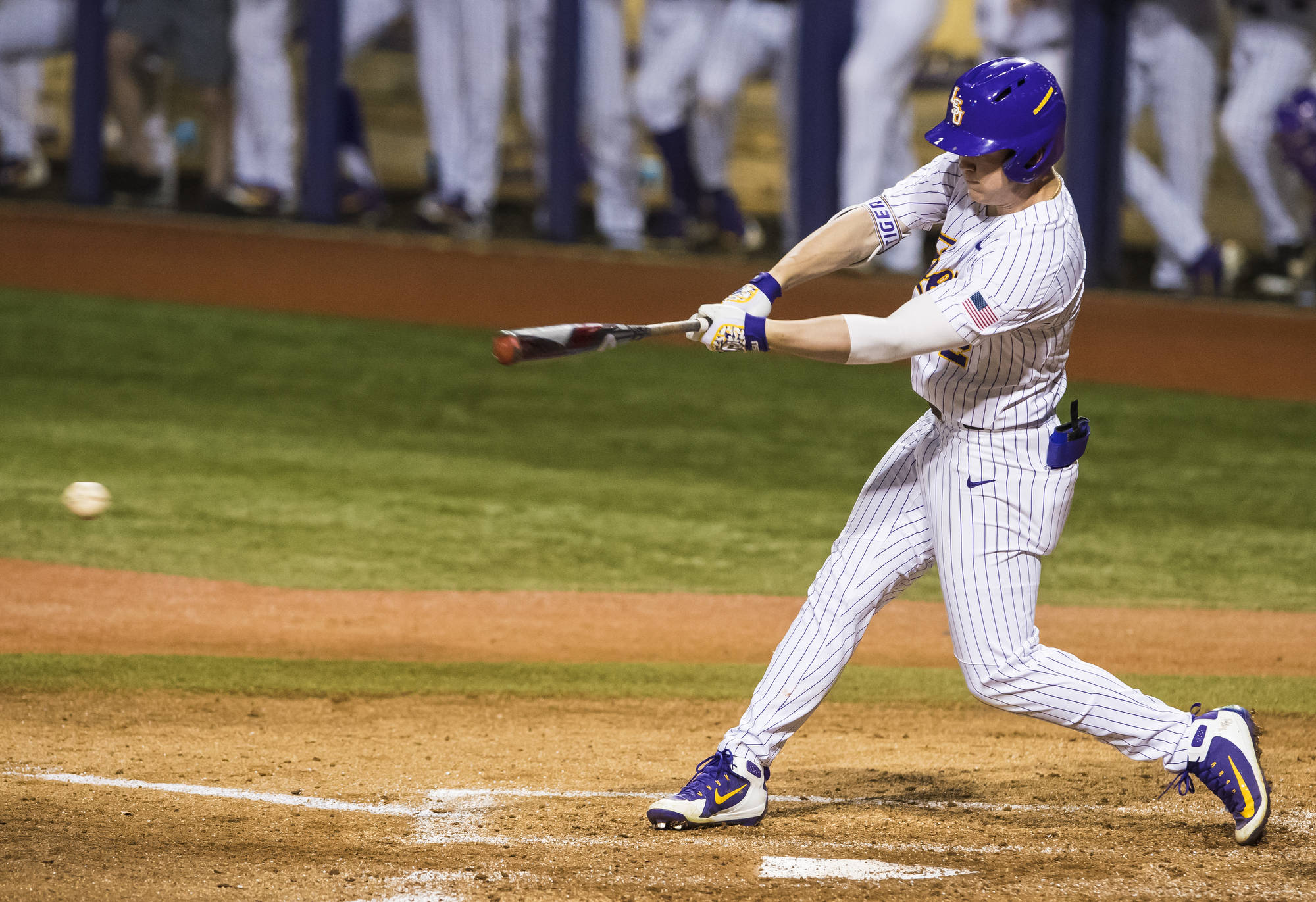 BATON ROUGE – The LSU baseball offense exploded Wednesday evening in its 14-6 victory over the University of New Orleans at Alex Box Stadium, Skip Bertman Field. LSU hit its best with runners in scoring position, going 9-for-18 with RBI opportunities.

The Tigers will return to action Friday at 7 p.m. CT when they will play host to Texas for a three game series. It will be the first time that the two schools have met since 2009 when they matched up in the College World Series Finals, which LSU won. The games will be available on the SECNetwork+, which is accessible through WatchESPN and the WatchESPN app.

“I was impressed by our offensive effort, because UNO had some outstanding arms on the mound,” said LSU coach Paul Mainieri. “Every pitcher we faced was throwing 88-91 miles per hour with some breaking balls. So, we were hitting against some pretty good pitchers, and there were a lot of great swings out there.”

Mainieri said he was especially pleased with the performance of freshman Hal Hughes, who started at shortstop for the first time in the place of the injured Josh Smith, who is expected to be out 4-6 weeks with a stress reaction in his vertebrae.

“Hal played flawlessly on defense, and every appearance at the plate, he did something positive, “Mainieri said. “I was so proud of him, and there’s was nothing better that happened tonight than the way he played overall.

Hughes was 2-for-4 at the plate with one double, one run, one sacrifice bunt and two RBI.

Freshman Ma’Khail Hilliard (1-0) picked up his first victory in Purple and Gold after working an inning of relief for LSU on Wednesday evening. Trent Vietmeier pitched three innings in relief of starter Cam Sanders, and he recorded four strikeouts while giving up one run.

Devin Fontenot replaced him to start the fourth and pitched two innings while striking out one and giving up one earned run. Five other relievers pitched for the Tigers, and they allowed only one unearned run.

New Orleans reliever William Griffin (0-1) was charged with the loss, as he worked 1.2 innings and gave up four runs, none of which were earned.

Owen Magee proceeded to bloop a hit into right field to drive in the unearned run and give UNO the 3-0 lead to end Sanders’ night. Vietmeier replaced him and struck out the first three hitters he faced to end the top of the first inning.

In the bottom half of the inning, UNO starter Zach Thompson walked Daniel Cabrera and Austin Bain in his first eight pitches. John Barr came in to replace him, and the first batter he faced, Antoine Duplantis, smoked a laser down the right field line to score Cabrera and Bain on a triple. The following hitter, Hunter Feduccia, in his first NCAA Division I at-bat, drove a single to left field, allowing Duplantis to score and tie the game at three.

In the bottom of the second, second baseman Brandt Broussard led off with a single. He stole second base and moved to third after shortstop Hal Hughes laid a drag bunt for a hit. Broussard would come in to score and give the Tigers a one-run lead when DH Austin Bain grounded into a fielder’s choice.

To lead off the top of the third inning, Magee hit a home run to left field, but Vietmeier retired the next three batters in order. He was replaced by Devin Fontenot to start the fourth inning.

Two innings later, UNO took the lead. With one out in the inning, Beau Bratton doubled to left field and scored Jacob McFadden, who had singled with one out. That was the only run that Fontenot gave up in his two innings of work as he was replaced in the next inning by Hilliard.

Beau Jordan reached base to start the sixth inning on a throwing error by the shortstop and that was followed by a double from Jake Slaughter. Bryce Jordan grounded out to the second baseman in the following at-bat, but that allowed his brother to come across the plate and tie the game at 5-5.

After Broussard was hit by a pitch, Hughes performed a squeeze play in which he pushed a bunt down the first base line, allowing Slaughter to score. That run gave LSU a 6-5 lead.

Cabrera then hit a single right up the middle, which allowed Broussard to come around to score from second. Cabrera advanced to second on a heads-up baserunning play. Cabrera was later able to score and extend the LSU lead to three runs when Bain, who had two RBI and recorded the last out of the game on the pitching rubber, launched a double into the right-center gap.

Feduccia led the next inning off with a walk. He then recorded a steal and advanced to third when the shortstop failed to cover second on the throw down. Beau Jordanhit a double which allowed Feduccia to score. Beau Jordan then tagged from second when Slaughter flied out and Bryce Jordan was plunked by the pitch.

After Broussard hit a sacrifice fly to drive Beau Jordan home, Hughes doubled to score pinch runner Nick Webre from first base. Cabrera, who finished with two runs and two RBI, followed with a double of his own to cap off the Tigers’ second consecutive four-run inning and give LSU 12-6 lead.