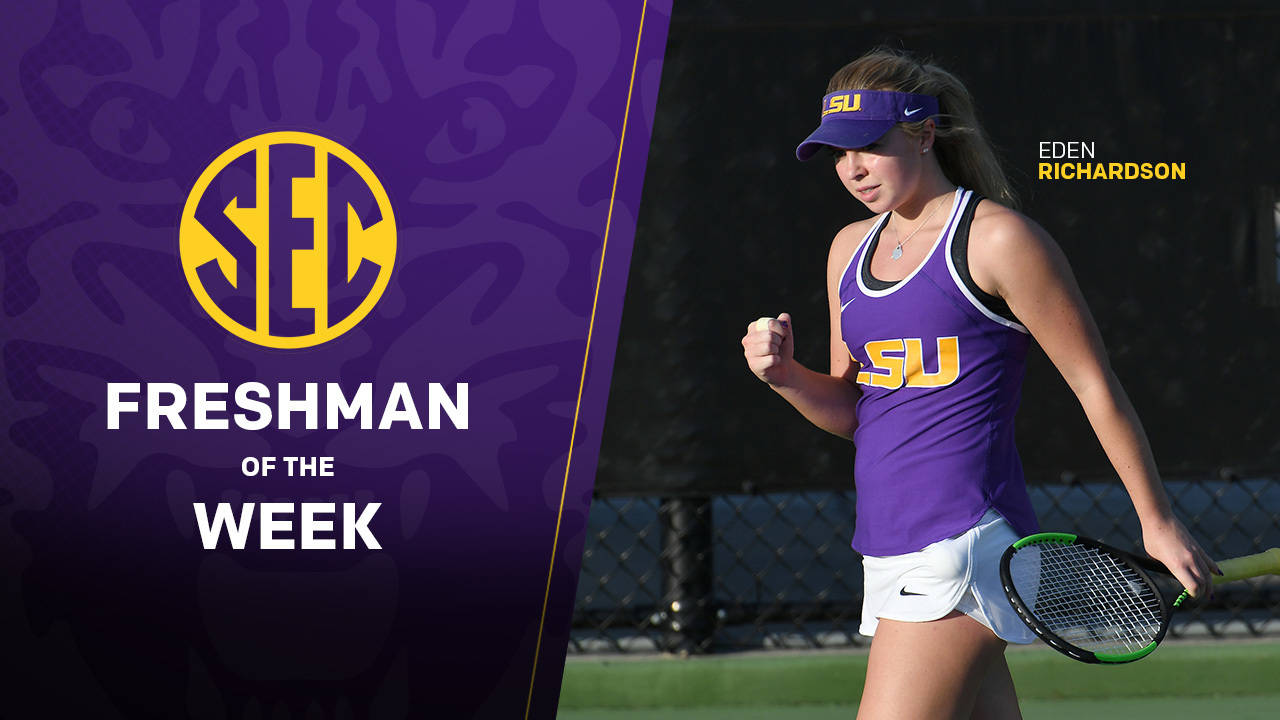 BATON ROUGE — The Southeastern Conference recognized LSU women’s tennis freshman Eden Richardson as the SEC Freshman of the Week for the week of February 21, the conference announced Wednesday.

Richardson, ranked No. 105 in the country, went a perfect 3-0 in singles in LSU’s matches this week, increasing her win streak to six-straight matches.

Richardson defeated Nicholls State’s Lingfeng Gu on court two, 6-1, 6-0, in LSU’s 6-1 win over the Colonels on Friday. In LSU’s doubleheader on Sunday, Richardson took down Tulane’s reigning Conference USA Freshman of the Year and All-Conference selection Ivone Alvaro on court three, 6-2, 6-1, before finishing off the day with a 6-1, 6-3 win over Southeastern Louisiana’s Ceci Mercier.

“We’re very proud of her, she’s been doing an incredible job,” co-head coach Julia Sell said. “This is a well-deserved award for Eden. She’s been fantastic from day one and we’re happy to see her rewarded for her efforts and everything she’s been doing for our program.”

The Bath, England native leads the team with 18 total singles wins dating back to the fall and is tied for the team lead in dual doubles wins.