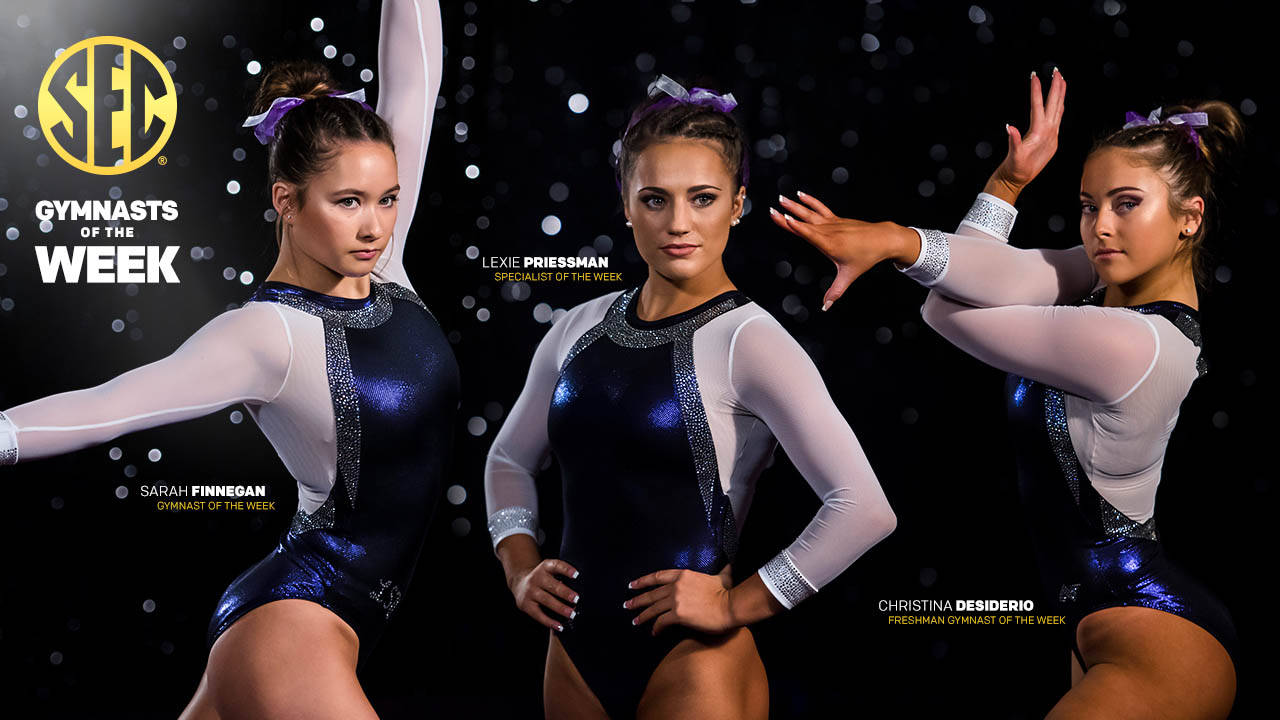 Finnegan was named the SEC Gymnast of the Week for the third time in her career after posting six scores of 9.90 or higher over the weekend as well as an all-around score of 39.775 on Friday the GymQuarters Invite. The junior took home event titles on beam twice and bars once over the weekend.

The Missouri native owns the top all-around score in the Southeastern Conference and second best in the nation this season. This weekend, Finnegan set a season high on beam and tied her career high with a 9.975. She is ranked in the top-25 on all four events as well as the all-around.

Priessman was named the SEC Specialist of the Week after taking home a pair of event titles on bars and one on floor. Priessman put together a pair of career-high performances for a 9.95 in the anchor spot of floor and 9.975 on bars.

Desiderio had her best routines of the season and was named the SEC Freshman of the Week. The New Jersey native tied her career high on beam twice over the weekend with 9.90s and set a new career high on floor with a 9.875. Desiderio won her first career event on Sunday on beam.

The LSU gymnastics team put together the finest performances in the nation this season with back-to-back team scores of 198 for the first time in school history. The Tigers (11-1, 5-0 SEC), totaled the highest team score in the country with a 198.175 on Sunday and the bars lineup put up a 49.725 for a school record, highest score in the nation since 2004 and fourth-highest score in NCAA gymnastics history.