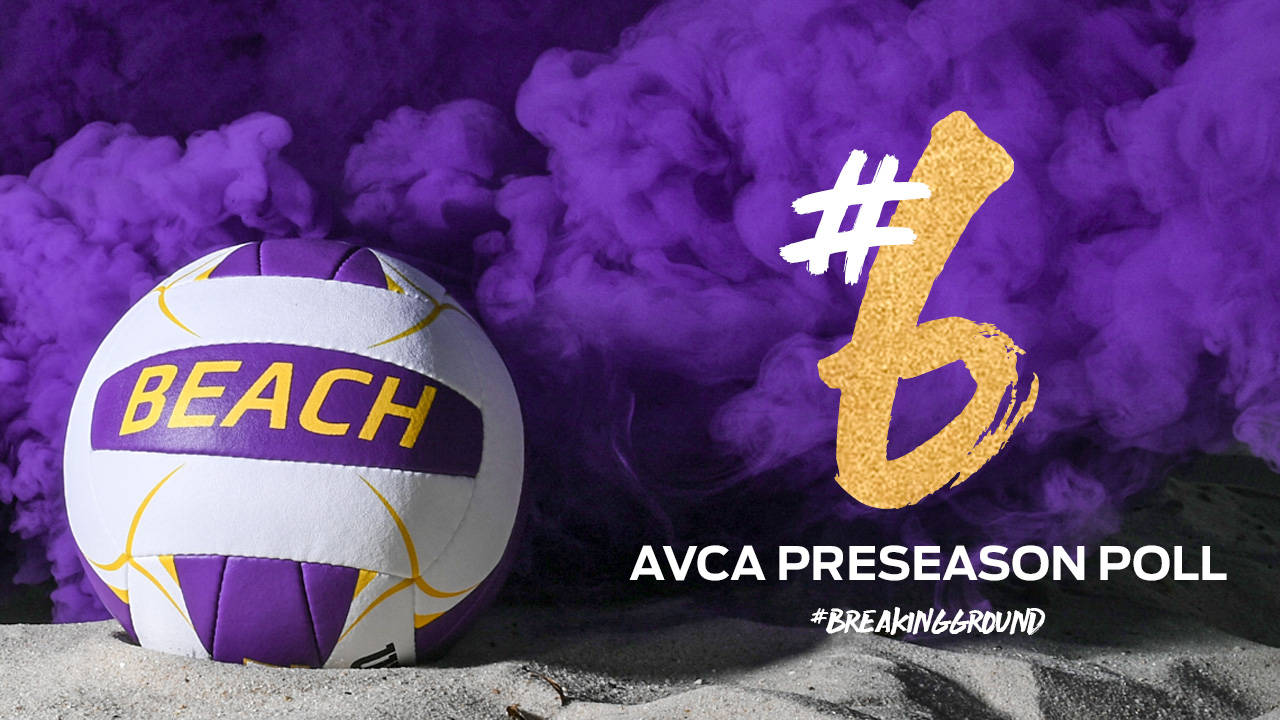 BATON ROUGE – The LSU beach volleyball team was announced as the No. 6 team in the country earlier today by the American Volleyball Coaches Association.

This is the second year in a row that the Tigers are ranked in the top-10 in the AVCA Preseason Poll and the third year that the team is ranked in preseason top-20.

“It is a privilege to be recognized in the preseason poll, and one that we will never take lightly,” said coach Russell Brock. “We are very excited, but have a clear understanding that the post season poll is the one we are working for.”

LSU had a ground breaking year in 2017. Head coach Russell Brock earned Volleyballmag.com Coach of the Year honors after leading the Tigers to a 27-8 record, which included a 23-match win streak, and the team’s first trip to the NCAA Championships. Claire Coppola and Kristen Nuss were both named All-Americans by VBM. This year’s squad has 12 returners and nine newcomers.

LSU will begin its 2018 campaign this Friday in Phoenix, Arizona at the GCU Beach Tournament where it will take on No. 14 Cal Poly, No. 10 Grand Canyon, No. 2 Pepperdine and Nebraska.

The Tigers’ first home matches will take place the weekend of March 24, when LSU will host the Tiger Beach Challenge at Mango’s Beach Volleyball Club.