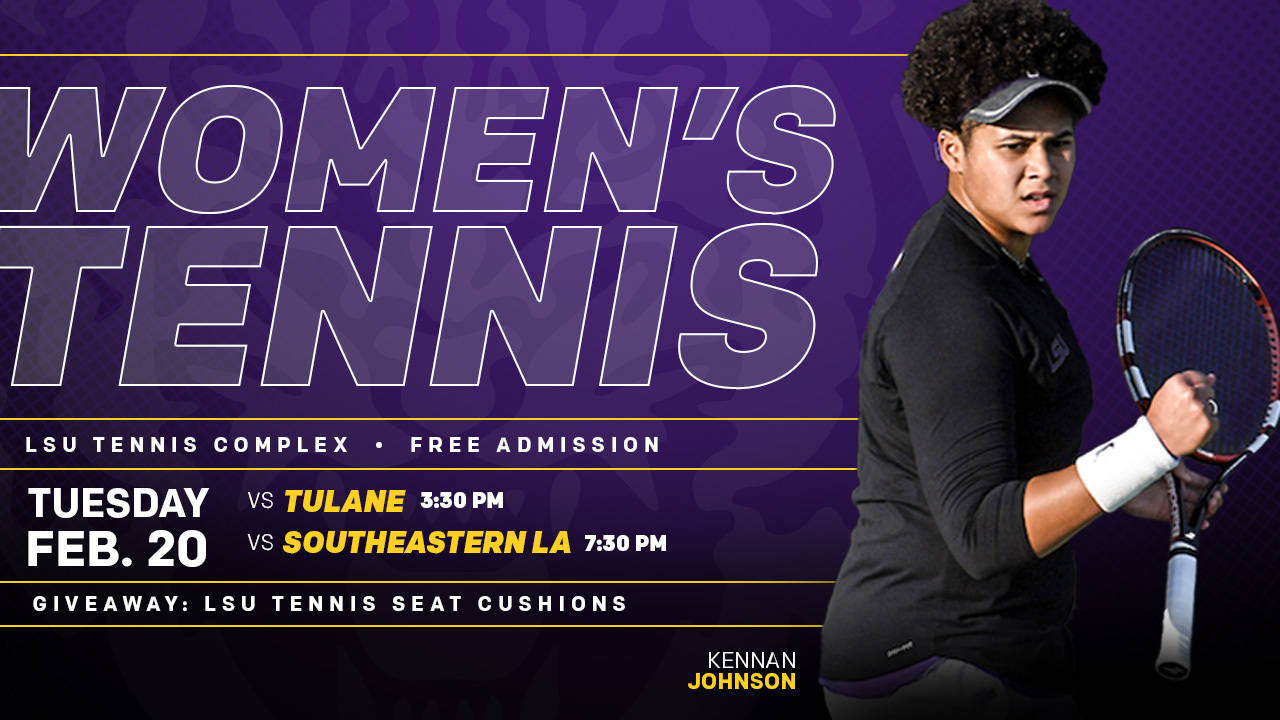 BATON ROUGE – The No. 23 LSU women’s tennis team will host both Tulane and Southeastern Louisiana as part of the team’s third doubleheader of the season at the LSU Tennis Complex Tuesday.

LSU has an all-time record of 35-5 against the Green Wave and holds a 6-0 all-time advantage against the Lions. LSU and Southeastern most recently played in 2005, a 7-0 victory for the Tigers.

The Tigers are 4-0 across their previous two doubleheaders this season and have yet to drop a match at home. LSU has also outscored its opponents 29-4 in its six wins this season.

Live stats for Tuesday’s matches will be available at lsustats.com. Fans can also watch the matches via live stream by clicking the “Live Video” link attached to the schedule page.